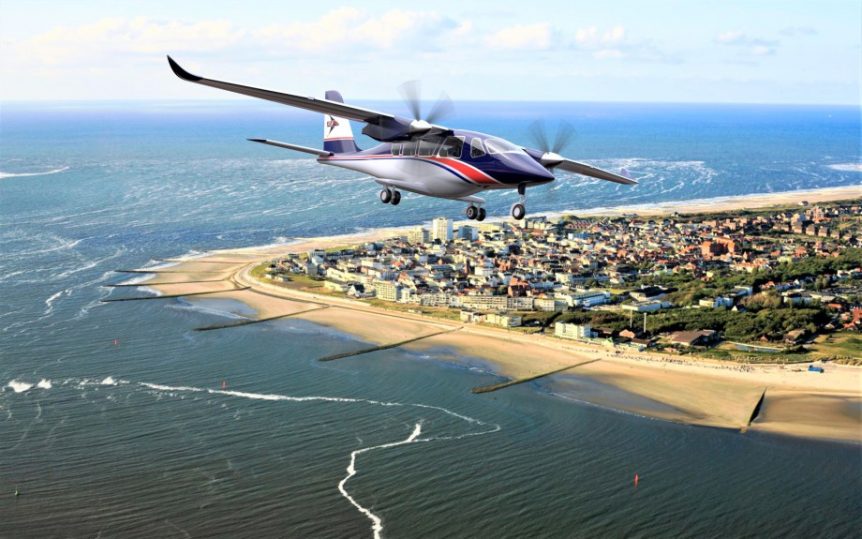 Calin, designing and building solar-powered aircraft since 2011 , and Rosario De Luca, Co Founder and CEO of EADCO GmbH and EADCO US LLC., and CEO of SCYLAX GmbH, have joined forces to create two small airliners, the Scylax E6 and E10, each enumerating its passenger capacity.  Joined by the airline FLN FRISIA-Luftverkehr GmbH Norddeich, they will begin flying their pure-electric craft soon with existing batteries enabling 300-kilometer (180-mile) trips.  Within the next decade, cell improvements will allow 600-kilometer with the same battery volume and weight.

The pair foresees a five-percent increase in battery capacity every year, making an easy case for ongoing improvements in energy storage, aircraft range, and greater power for safer takeoffs and climbs.

They see their aircraft as environmentally friendly, and with increasingly cleaner sources of renewable energy, yielding not only reduced or neglible emissions by the aircraft – but from the sources for electricity themselves.

The simplicity of electric motors will be a boon to operators, with only a pair of bearings requiring long-term replacement.  Scylax notes, “With no spark plugs, gears, belts, and other traditional mechanical parts that wear, SCYLAX’ electric propulsion systems are refreshingly free from the normal maintenance schedules that aircraft owners have become accustomed to.”

This level of reliability will be essential to safe flights on their Frisian airline’s routes.  These are mostly over water and at relatively low altitudes.  Some flights last mere minutes, but are the safest, quickest way to provide personal and cargo service to North Sea islands.

Frisian islands to be served by Scylax E6 and E10 aircraft

Looking beyond the immediate prospects for sales of Scylax aircraft, the partners project that, “The current market for single / twin engine aircraft is saturated with older legacy models and, due to the fuel savings associated with newer aircraft and models does not justify the cost of purchasing aircraft in the secondary market. The worldwide market volume was in 2018 ~1.740 units per year and USD 2.7 billion revenue. The all electric aircraft could build a real new market replacing the current old fleet with piston engines & turboprop propulsion.

“By leading the way to market and being a pioneer of electric aircraft, the E6 and E10 will be the natural replacement for companies looking to acquire or replace their existing aging small commuter fleet.”

Building on their partnership in the H3PS Project, Italian aerospace company Tecnam is working with Rolls-Royce and Norwegian airline Wideroe to fly North Sea and West Coast routes.  The craft, based on the Tecnam P-Volt model, “Will be ideal” for those routes and the short take offs and landings necessary for the fields served.  The airplane should be ready for commercial service by 2026. 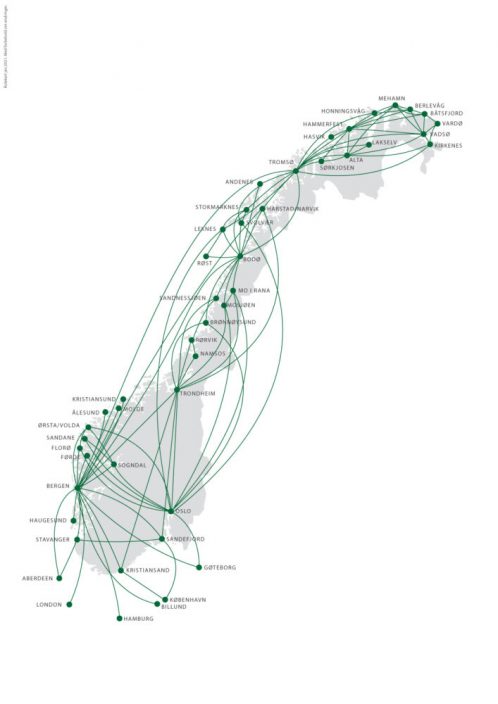 It’s of interest that similar aircraft will be flying similar missions in similar locations.  Stein Nilsen, Chief Executive for Widerøe highlights the similarities: “Norway’s extensive network of short take-off and landing airports is ideal for zero emissions technologies. This aircraft shows how quickly new technology can and will be developed, and that we are on track with our ambition of flying with zero emissions around 2025.”

That timing would be on a fast track, considering that Rolls-Royce and Widerøe announced a joint research program in 2019, “to evaluate and develop electrical aircraft concepts that would fulfil the Norwegian ambition of having the first electrified aircraft in ordinary domestic scheduled flights by 2030 and 80 [percent] emission reduction in domestic flights by 2040.”

Developing clean electric aircraft may help Wideroe “build back better.”  They note that before the pandemic, the airline “offered around 400 flights per day using a network of 44 airports, where 74 [percent] of the flights have distances less than 275 [kilometers] (170 miles). The shortest flight durations are between seven and fifteen minutes.”  Again, the short flights are similar to those flown by FLN Frisia.

Based on the Tecnam P2012 Traveller aircraft, the electric P-Volt will be a short take off and landing (STOL) machine, able to land on grass strips.  Like northern Germany, many hops require takeoffs and landings on unimproved island airports and at least short hops over frigid waters.

Rob Watson, Director of Rolls-Royce Electrical, expands on the hopes for this partnership: “Electrification will help us deliver our ambition to enable the markets in which we operate achieve net zero carbon by 2050. This collaboration strengthens our existing relationships with Tecnam and Widerøe as we look to explore what is needed to deliver an all-electric passenger aircraft for the commuter market. It also demonstrates Rolls-Royce’s ambitions to be the leading supplier of all-electric and hybrid electric propulsion and power systems across multiple aviation markets.”

Fabio Russo, Chief Project R&D and Product Development, Tecnam, adds: “It is incredible to see the interest around the P-Volt, not only coming from regional airlines, but also from smart mobility-based companies. This last year has demonstrated the importance of promoting capillary connections between small communities, while reducing the congestion of the main hubs. The P-Volt, like the P2012 Traveller today, will perfectly fit the scope of this program. We are honored and pleased to see the level of enthusiasm Widerøe and our partner Rolls-Royce are dedicating to this project.”

Between the industrial giants partnering in Norway and the relatively small but no less inspired designers in Germany, electric aviation is finding an immediate need in less-served small airports.  The reliability and simplicity of electric aircraft will be a major factor in the future of air travel in such regions.