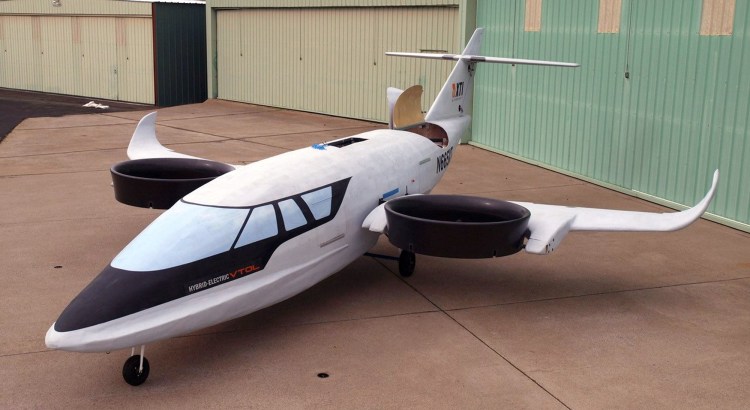 XTI’s TriFan 600 recently flew as a TriFan 665, for the 65-percent test concept vehicle.  There are good reasons for a first flight on this reduced scale, including being able to use smaller motors and batteries, less material, and possibly simplified systems.

On May 8, 2019, XTI Aircraft announced that they had successfully completed the first test flights of its 65% scale prototype of the TriFan 600 VTOL aircraft:  The 2/3 concept machine, built on the local Experimental Aircraft Association’s turf, elicits some wonder because none of the chapter’s recent newsletters or Facebook posts mentioned that this project was underway.  Having worked in a design/build architectural-engineering firm, your editor knows all too well what the phrase “confidential client” means.  Chapter 512, knowing the TriFan was on the field, held that confidentiality well.  Only XTI itself made any public pronouncements about the project. 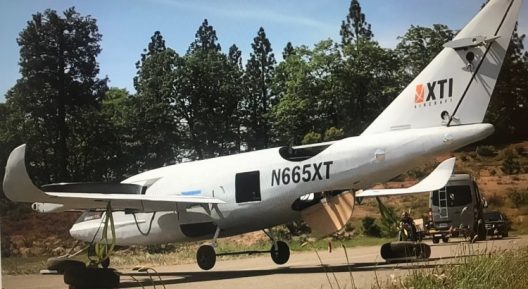 XTI 665 hovers with all four wheels off the ground. Although tethered, it apparently was docile in its behavior

According to Transport UP, “During testing early this month, the 65% scale prototype of the TriFan 600  completed multiple takeoffs, hover, and landings. These flights successfully tested and validated the electric motors, battery power system, ducted fan propulsion, flight controls, other electrical systems and instrumentation. Although this flight did not include the transition between vertical and fixed wing flight or horizontal flight, XTI is already planning these future tests at a designated UAS site.”

XTI Chief Executive Officer Robert LaBelle commented, “This is the moment the entire XTI team, our investors, customers, and many others have been waiting for and working toward. In one year, we have progressed from conceptual design to a flying prototype.  The aircraft proved to be stable in hover and had no problems throughout several runs.”

XTI has amassed over 90 orders for the $6.5 million aircraft, representing about $585 million in future revenue, and even raised $1.5 million from an equity crowdfunding campaign on Startengine.  Robert LaBelle and George Bye explain the fine points of the design and its relatively low operating costs. 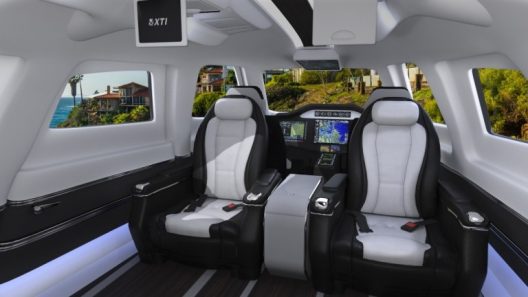 Further, untethered tests will take place at the Deseret UAS Center in Tooele, Utah, and full-size XTIs will be delivered to customers beginning in 2024, ready to take off from corporate rooftops.