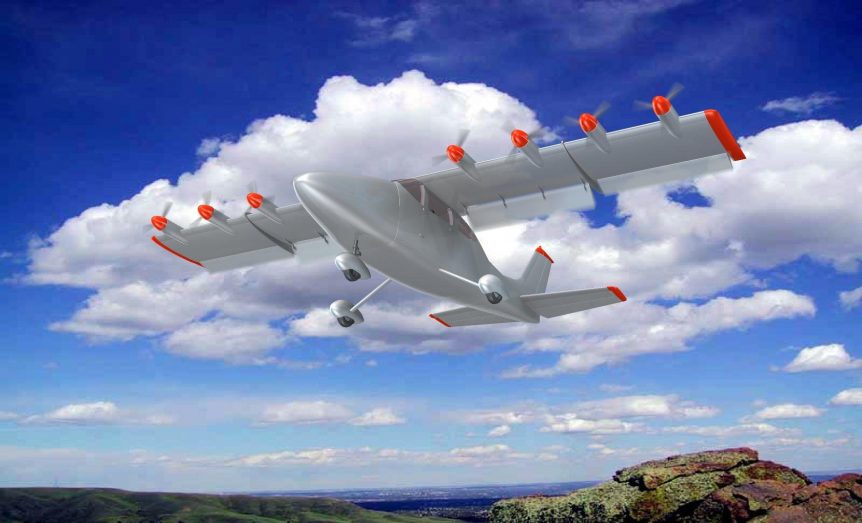 Airflow, a recent entry into the electric conventional short takeoff and landing (eCSTOL) market, is pushing forward into fielding a full-scale demonstrator.  They are also testing the limits of Artificial Intelligence (AI) in nailing their landings.

Airflow’s mission is spelled out in big ideas and bold fonts.

“Freight without the wait.

The first electric Short Take Off and Landing (eSTOL) aircraft for middle-mile logistics.

Airflow’s concept illustrations show a twin-boom pusher with 10 distributed electric motors along the wing’s leading edge.  Trying out their ideas for extremely short takeoffs and landings will fall to a modified Cessna 210.  In the meantime, the team is advancing its concept at this time with a model Cessna 150 and showing some success at nailing their landings.  Airflow calls its pilot assistance program, “Virtual Tailhook,” and it seems to serve that purpose in making landings possible in a tight space.

Videos show the progress being made with their model 150, and the firm’s press release explains their full-scale ambitions.

“For the last year, Airflow has been utilizing a sub-scale model for test flights that have helped develop eSTOL flight control technology. The next phase will transform a Cessna 210 into an eSTOL with Distributed Electric Propulsion (DEP). DEP enables operations into and out of very short runways by providing more control at slower airspeeds.” 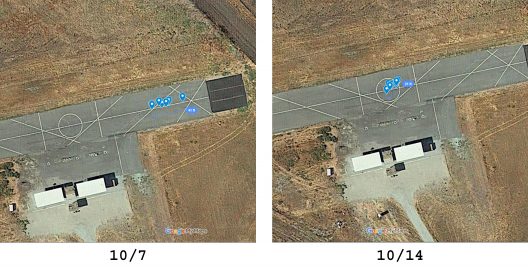 In one week, Artificial Intelligence enabled tighter landings within a prescribed area,  Dispersion dropped from 41 feet to 21 feet

Peter Kalogiannis, co-founder and CTO of Airflow, explains shortcuts taken to expedite testing of power and control systems.  “Selecting the Cessna 210 saves us the effort to design and build the pieces that already work, such as the cockpit, fuselage, landing gear, etc. We’ll concentrate on changing the rest to make it an eSTOL aircraft. This aircraft represents the first step towards bringing to market aircraft designed for sustainability and reducing carbon emissions.”

eVTOL and eCSTOL flyers (human or automated) will see a similar visual, but very different operational landscape.  Rooftops and open areas that allow vertical liftoffs and landings will be able to accommodate craft that can land within the same types of space constraints.  Although eCSTOL flight may require sites with longer approach corridors, the same general landing areas will suit both vertical and conventional operations.

Even helicopters and eVTOLs use angled approach and departure paths to save power, increase range

Surprisingly, approach angles seem to favor eCSTOL aircraft and allow their use in a possibly wider selection of “airports.”

Having pulled members from Airbus, Eclipse Aviation, Northrop Grumman, Uber Elevate, Airware, and Scaled Composites, Airflow has an awareness of the strengths and weaknesses of a variety of flight technologies.  This may have helped inform their decision to partner with VerdeGo Aero, an aerospace electric powertrain technology company. They are teaming up to explore using the VerdeGo Aero hybrid-electric powertrain system in the Airflow eSTOL (electric short takeoff and landing) aircraft. 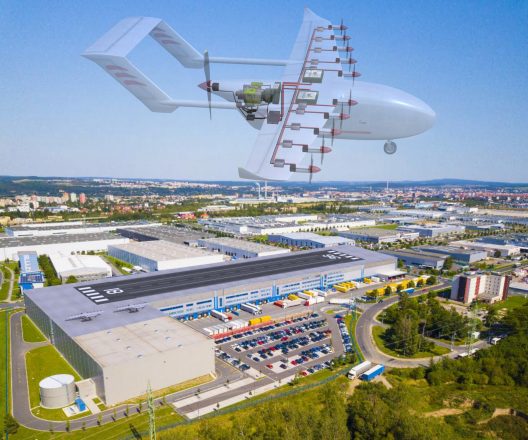 VerdeGo Aero’s diesel (Jet-A) hybrid system combines a 180 kilowatt generator with a high-power battery pack that reduces emissions and fuel burn by 35 per cent compared to conventional turbine powertrains. Integrating VerdeGo’s hybrid-electric powertrain to the eSTOL platform enhances the aircraft’s mission capabilities by extending range to four to ten times that of a battery-electric system.

Marc Ausman, Airflow CEO, explained, “Our ability to rapidly move cargo from a warehouse directly to another warehouse helps e-commerce companies centralize inventory and reduce carrying costs. These capabilities are made possible by continued strategic partnerships like VerdeGo Aero.”