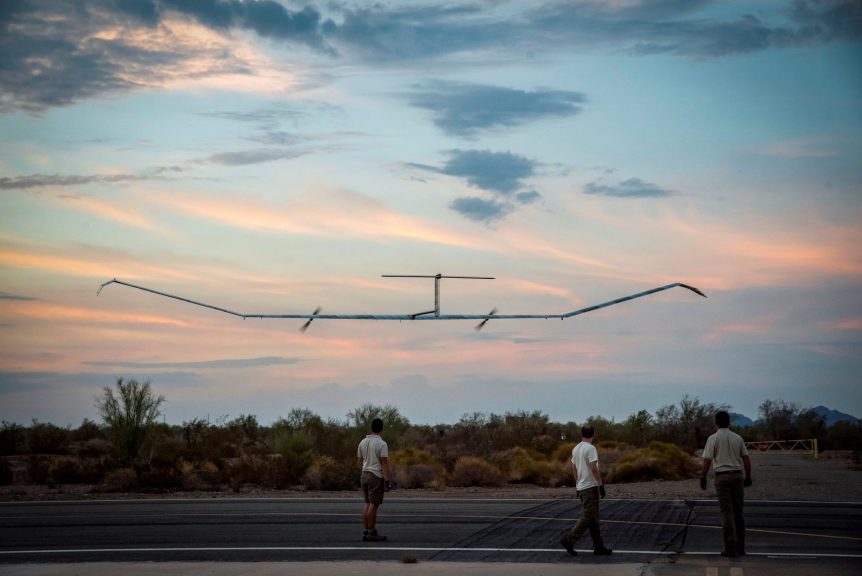 Sunnyvale, California-based Amprius kept a low profile for several years, despite its founder, Yi Cui, being a leading light in battery development.  Their December 4th press release, though, finds the company to be in a more open mood, their advanced lithium-ion cells with 100-percent silicon anodes having flown Airbus’ Zephyr High Altitude Pseudo Satellite (HAPS) for over 25 days, “setting a new endurance and altitude record for stratospheric flight.”

This milestone represents a great leap forward since Alan Cocconi flew his So Long solar-powered model for 48 hours, the first of many projects of which he would be an integral part, and the first solar airplane to fly overnight.  He worked on the General Motors EV1 and Eric Raymond’s Sunseeker 1 – just a small part of the automobiles and aircraft which he would help create or refine.

Your editor first saw Cui at an early electric aircraft symposium nine years ago.  Cui discussed the benefits of developing silicon anodes in batteries, with a potential 10X increase in energy density.  Pitfalls surrounding that hoped-for outcome were plentiful, including the granulation and crumbling of silicon after repeated charge-recharge cycles.  Cui and his graduate students at Stanford University worked to counter this problem, fielding several solutions.  At some point, Cui and his colleagues apparently found an answer. 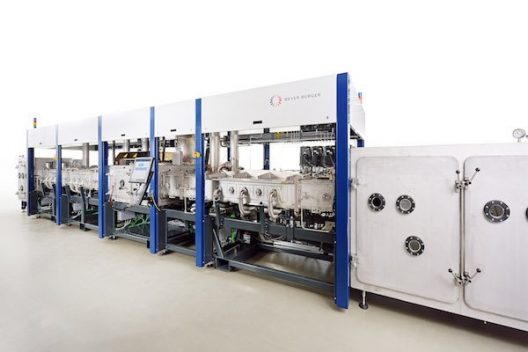 Their breakthroughs are reinforced by the installation of a “revolutionary” roll-to-roll manufacturing tool which enables high-speed forming of three-dimensional silicon anodes. The tool, created in partnership with Meyer Burger (Netherlands) B.V., uses a multi-step, Chemical Vapor Deposition (CVD) process. 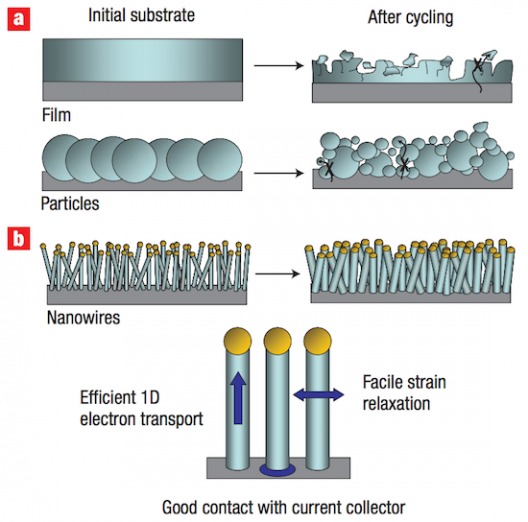 In a 2008 Nature Nanotechnology paper, Stanford Professor Yi Cui and team unveiled a nanowire design that enables using ultra-high-capacity silicon in a lithium-ion battery in place of today’s carbon. The thin nanowire “hairs” allow the silicon to swell and shrink as it takes in lithium without fracturing. (Figure from Chan et al., 2008.)

Steven Chu, a Nobel Laureate and Amprius Board Member, explains this “very big step forward” enables Amprius to go beyond laboratory and pilot-scale manufacturing to “a significant advance towards high-volume and high-quality manufacturing.”

Silicon Valley venture capitalists provide funding, and Airbus has provided a huge platform on which to demonstrate Amprius’ capabilities.

The Zephyr platform is similar to other HAPS (High Altitude Pseudo Satellite) aircraft that almost hovers at stratospheric heights for indefinite periods.  Airbus points out that Zephyrs can be “used in a wide range of emerging applications, including maritime surveillance and services, border patrol missions, communications, forest fire detection and navigation.”

Sophie Thomas, Airbus’ HAPS Program Director, explains, “Our collaboration with Amprius in the application of their silicon nanowire based lithium ion cells to the Zephyr has been important to the success of the HAPS program.  The high specific energy of Amprius batteries enable the Zephyr to fly uninterrupted in the stratosphere which would not be possible with lower performance batteries. This will further extend the capability and utility of the Zephyr platform for our customers.”

Airbus is putting Zephyrs into series production, a plant at Farnborough,England  capable of turning out 30 of these persistent vehicles each year.  With the first to fly already having achieved 1,000 hours of flight time, those flight hours should grow with growing numbers of craft in service.  Just think of all the ground crews sending this largest of hand-launched aircraft skyward!