Baja, California Norte, Mexico to British Columbia, Canada is 1,400 miles, a few days of hard driving in a good car, but one not attempted in a pure electric vehicle until this last June. Tony Williams, an unemployed airline pilot, lives in San Diego, California, and needed to attend a wedding in the northern BC. He could not afford air fare for himself and his young daughter, so he decided to drive his Nissan Leaf, testing the full length of the West Coast Electric Highway, just recently completed with charging stations every 50 miles or so along the I-5 highway that connects two countries and three states.

His pre-departure checklist shows his pilot training and his knack for planning for the myriad difficulties that can confront an EV driver in strange places. Besides the necessary paperwork to cross borders and ward off suspicious traffic cops, Tony included 200 feet of extension cords, a “gazillion adaptors,” a 20-Amp breaker for different electrical boxes, a J1772 extension GPS gear, sleeping bags, cameras and laptops, and useful survival and road-side emergency equipment.

You'd remember it if you saw it on the I-5. Tony Williams' border-to-border LEAF

Instrumentation included some items not found on a stock LEAF – a Gid meter and a LEAFscan. The Gid meter is an accurate state-of-charge meter devised by Gary Giddings and sold as a kit. LEAFscan is a newly developed, full-menu display giving LEAF owners full vehicle health reports in real time. 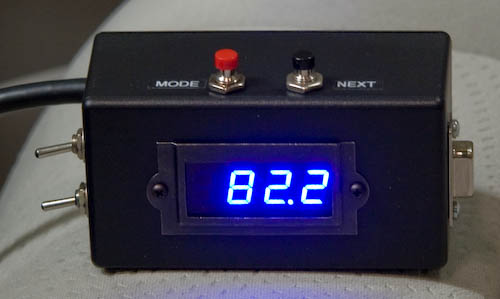 Williams’ trip totaled 1,887 miles over eight days and five hours, averaging 230 miles per day, with a one-day maximum of 375 miles. Washington State took 13 hours and 11 minutes to traverse south to north and Oregon was a 12-hour trip between borders.  California, the longest “leg” of the tour, required six days, one hour, and 14 minutes, starting in Baja.

Despite California’s state backing for recharging stations and the forward thinking of many private enterprises, it’s a bit surprising that Williams had difficulties finding charging stations in that state. This limitation, along with the 75-to-100-mile range of the LEAF, will restrict sales and usability of EVs outside urban areas for the near future.  The multiplicity of plugs necessary to access different charging stations shows the strong need for standardization.

An article by editor-at-large Paul W. Taylor in the October 2012 issue of Governing, pointed out the paradoxical nature of the trip. “Williams’ adventure may seem a bit whimsical, but figuring out how we can travel long distances without burning up a lot of carbon is serious business. In August, the Obama administration issued new rules requiring automakers to manufacture vehicles by 2025 that have an average fuel efficiency of 54.5 mpg. Electric power will be a factor in achieving that goal, with states and localities playing a prominent role in marshaling the rules, regulations and resources that will put in place charging stations for the next generation of vehicles to travel from point A to point B without getting stranded.” 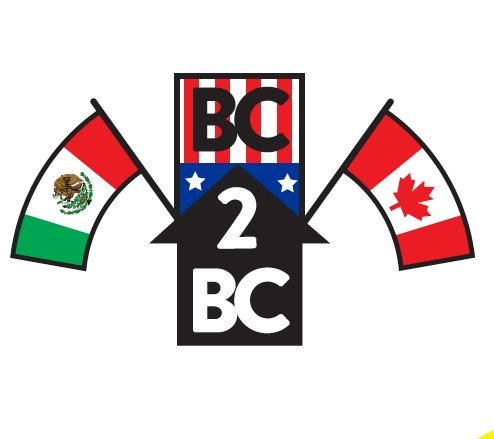 Exporting no pollution to any of three countries

Despite setbacks and some inconveniences, Williams and daughter made the trip – the first recorded over the entire Electric Highway – without getting stranded and burned exactly zero gallons of fuel.

Governing’s Taylor sees a broader political element in the story. “Just a couple of weeks after Williams’ inaugural run up the Pacific Coast, Democratic U.S. Sen. Jeff Merkley of Oregon made a similar drive across his state. He says long range drives in short-range vehicles help demonstrate that EVs are ‘not fragile toys; they drive like any other car and they can be charged in the time that it takes to get a coffee.’ Merkley believes they could play an important role in breaking the country’s dependence on oil and carbon-based fuels. He and Republican Sen. Lamar Alexander of Tennessee have introduced legislation to provide short-term incentives for selected communities to become test beds for modeling the use of electric vehicles nationwide.

“Williams says he’s seen government officials get enthusiastic about the ‘nifty neat-o reasons for electric cars in the immediate future,’ but laments that their participation so far is a bit like when the batteries run low, ‘the plodding speed of government in doing something constructive will either take a long time or end up being nonexistent.’”