Qualcomm is best known for its quirkily-named Wi-Fi and other wireless communications technologies; ETHOS®, Haystack®, and Gobi®, for starters.  Relatively low-powered, they allow notebooks and smartphones access to broadband connectedness. 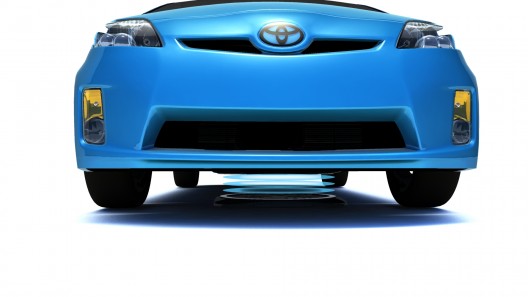 Qualcomm has now expanded its reach, and its power, to inductive charging for electric vehicles.  Its wireless electric vehicle charging (WEVC) technology, HaloIPT will first allow wireless recharging of electric vehicles which park over a “sweet spot” that has the capability of sending power “over an air gap of hundreds of millimeters while still maintaining high-energy transfer electricity,” according to the company.

PCWorld reports that Halo’s inductive “WEVC can transfer up to 3.5 kilowatts of power at greater than 90 percent efficiency – that’s as good as, or even better, than wired charging.  Instead of plugging in the EV to a charging station, the car will have a charging plate attached to its chassis.  A charging mat, placed above or below the pavement, magnetically transfers power to the vehicle through the gap between them.  Qualcomm explains that the car doesn’t even need to be precisely parked over the mat, a great deal of tolerance being built into the system.

3.5 kilowatts will have some leakage current, making it a possible danger to those with electronic medical devices or implants.  Not to worry, according to its inventors, since the technology will actually have a claimed leakage lower than that for current-carrying plug-in cables.

Initial plans from HaloIPT include low-power mats for slow charging at home, higher-powered units for faster charges in public and workplace parking areas, stackable units for taxi ranks and buses, and, “Ultimately, we will develop dynamic charging, which will enable your electric car to be powered on the move.  This is the most effective way to enable long-range electric car transport.”

Halo WEVC will start a two-year trial of the prototype system in London, using about 50 cars.  If that trial succeeds, the technology will go to the consumer market, where “Qualcomm initially plans to license the technology to automakers, who will integrate the charging plate on the bottom of electric vehicles and include a portable charging mat.”

If dynamic charging becomes a reality, EVs would have essentially unlimited range as long as they were driven on powered streets and highways.

This might even have implications for aviation applications.  Consider a runway with power mats down the centerline.  An airplane could augment its takeoff performance up to liftoff, saving precious energy in its batteries for moderately longer-range cruising.  It might be possible to pull regenerative energy from landing aircraft.  Questions arise, however, as to whether the added weight of the system would offset potential benefits.

Inductive Power Technology, as acquired by Qualcomm, is a product of the University of Auckland, New Zealand and its commercialization company Auckland UniServices Ltd.  Qualcomm and Aukland Uniservices have committed to a long-term research and development arrangement to promote continued innovation in the field of wireless charging for electric road vehicles by way of inductive power transfer.

According to the University, “Inductive Power Technology (IPT) was pioneered by Professor John Boys and Associate Professors Grant Covic and Udaya Madawala from the University’s Power Electronics Group.  They have led the world in developing systems to transmit electric power efficiently across air gaps without using wires.”

“’IPT will become the standard technology for electric-powered vehicles.  Vehicles fitted with our technology will be able to charge overnight using electricity generated by renewable sources such as wind. Because there is a low demand for electricity at night, little or no extra installed generating capacity will be required to power our fleet of electric vehicles,’ said Dr. Peter Lee, Chief Executive of UniServices.”

Whether Qualcomm’s adaptation of Halo technology becomes the standard remains to be seen, even though Rolls-Royce uses it for its luxury EV.  Qualcomm has competitors, though, from Mercedes, working with Conductix-Wampfler; Flanders Drive, a Belgian company; to A Better Place, Shai Agassi’s Israeli firm, among others.

Conductix-Wampfler notes the universality of ITP technology.  “Inductive charging has advantages for automobile manufacturers as well. Induction systems avoid the problems inherent with the lack of cable/plug standards. Newly released plug standards from North America, Japan, and Europe are different, causing manufacturers to adapt to many different standards. Using inductive power, on the other hand, can be made international, since the laws of physics are the same everywhere.”

With this complement of organizations and others involved in developing inductive charging systems, we should begin to see the benefits of their efforts in short order.