Hydrogen would be a wonderful fuel if it were easy to get and easy to use.  It makes up 90 percent of all atoms in the universe, equal to about 75 percent of all the mass.  Hydrogen has been expensive to obtain because quite often its extraction from other matter entails using expensive catalysts such as platinum.

Russia and America Team Up to Get Cheap Hydrogen

Scientists from the Argonne National Laboratory in Illinois, working with researchers at the Moscow Institute of Physics and Technology (MIPT) and in Jinan, China combined efforts to produce hydrogen using sunlight and photosensitive lipids.  We associate lipids with getting blood drawn at the clinic, and waiting patiently to see how our cholesterol and triglycerides are doing.  Lipids are water insoluble fats, and are a key to this inexpensive method of extracting hydrogen.

Using titanium dioxide as a photocatalyst, the teams “inserted a photosensitive protein into nanodiscs — made from circular fragments of cell membrane composed of a lipid bilayer — to mimic a natural cell membrane called bacteriorhodopsin.” 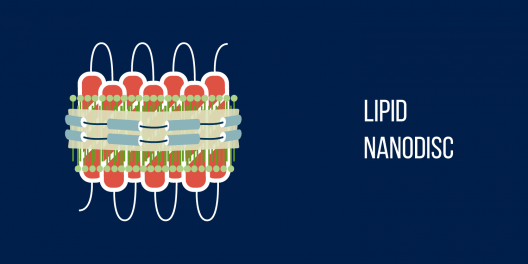 Placing the nanodiscs, the titanium dioxide and a small amount of platinum (to increase reactivity) in water released hydrogen when the setup was exposed to green or white light.  White light generated 74 times more hydrogen than the green light, though.  According to Futurism.com, “MIPT’s Vladimir Chupin, whose work is usually in anti-aging research, said in a press release. ‘However, the recent joint study with our U.S. colleagues shows that by bringing together biological and technical materials, nanodiscs can be used to obtain hydrogen fuel.’”  Who know light and fats could make a clean energy product?

University of Delaware Researchers developed a new technology that could speed up the commercialization of fuel cell vehicles.  Since platinum is commonly used as a catalyst in fuel cells designed to burn hydrogen, this has slowed adoption because of high costs – about $30,000 per kilogram ($13,600 per pound).  The UD team used tungsten carbide, which sells for around $150 per kilogram ($68 per pound) and used a novel method to turn it into nanoparticles. Dionisios Vlachos, director of UD’s Catalysis Center for Energy Innovation, explains, “The material is typically made at very high temperatures, about 1,500 degrees Celsius, and at these temperatures, it grows big and has little surface area for chemistry to take place on.  Our approach is one of the first to make nanoscale material of high surface area that can be commercially relevant for catalysis.”

Making the nanoparticles through hydrothermal treatment, separation, reduction, carburization and other processes, “We can isolate the individual tungsten carbide nanoparticles during the process and make a very uniform distribution of particle size,” Weiqing Zheng, a research associate at the Catalysis Center, explains.

Like the nanodisc researchers who used titanium dioxide as a budget alternative to platinum, University of Delaware scientists incorporated their tungsten carbide nanoparticles into a membrane – but in this case, the proton exchange membrane in a fuel cell (PEMFC).  This membrane splits H2 into ions (protons) and delivers them to the cathode, which delivers current.  This membrane wears out from going through repeated wet/dry cycles, mainly because the reaction in the cell produces heat and water – the “exhaust” for a fuel-cell powered vehicle.

Placing tungsten carbide in the membrane humidifies the membrane at a level that optimizes performance.  Liang Wang, an associate scientist in the Department of Mechanical Engineering, says, “The tungsten carbide catalyst improves the water management of fuel cells and reduces the burden of the humidification system.”

Researchers found their fuel cells last longer than more traditional one, because the tungsten carbide captures free radicals before they damage the membrane.  Wang explains, “The low-cost catalyst we have developed can be incorporated within the membrane to improve performance and power density.  As a result, the physical size of the fuel cell stack can be reduced for the same power, making it lighter and cheaper. Furthermore, our catalyst is able to deliver higher performance without sacrificing durability, which is a big improvement over similar efforts by other groups.”

The UD research team used a scanning electron microscope and focused ion beam to obtain thin-slice images of the membrane to determine fuel cell longevity.  Again, like the American/Russian extraction effort, some aspects of the program rely on bio-medical-like technologies.  Zheng notes, “This is a very good example of how different groups across departments can collaborate.”

The group has applied for a patent and hopes to commercialize their technology.

They describe their results in a paper published in Nature Communications.