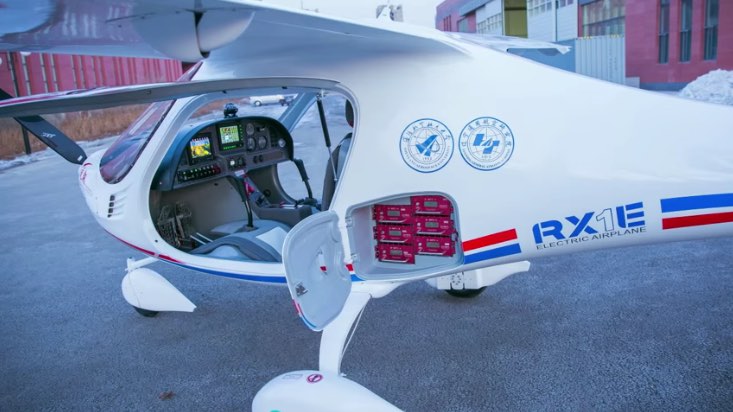 China has seen Yuneec’s early entry into the electric aircraft field.  The parent company is now making drones and camera gear in China, but its Greenwing International subsidiary in Cable, California appears to be defunct, according to Bill Lofton’s EV Hangar.  Yuneec’s E430 two-seater and e-Spyder ultralight, all flown at the big AirVenture shows, will seemingly not come to market.

A craft similar to the E430, the RX1E Ruixiang, is ready to go into mass production, however.  Developed by Shenyang Aerospace University in Shenyang City in China’s Liaoning Province, the long-winged two seater is the first electric aircraft certified by the Civil Aviation Administration of China (CAAC). 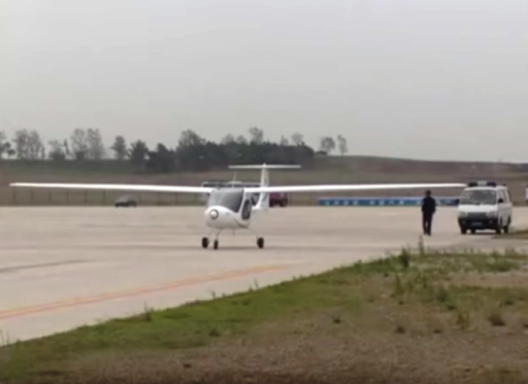 Certification was a major accomplishment, according to Yang Fengtian, chief designer of the airplane.   “Unlike military aircraft and commercial jets, there are certain criteria that an electric plane must have before given permission to fly. The plane has to be light enough, and the batteries need to be efficient and reliable, and overall it has to be cost-effective to be mass produced.”

It’s just finished low-temperature flight tests, important in an electric airplane because of the reduced energy in batteries at lower temperatures.  The factory, which has four RX1Es in service with more than 240 hours total flight time, is ready to build 20 more.

Developed by Liaoning Ruixiang General Aviation Co Ltd in northeast China, the RX1E could be used for pilot training, sightseeing and aerial photography.

The aircraft, made of carbon fiber composite, has all the advantages of electric aircraft, such as low operating cost, convenience, and no carbon emissions from the plane.

Since its initial test flights, the batteries have been improved to increase flight time per charge.  The plane will stay aloft for 45 to 60 minutes at a maximum speed of 120 kilometers per hour (74 mph) after an hour and a half of charging. The overall design has remained relatively unchanged.

The RX1E is also similar to Pipistrel’s Alpha Electro, and has six Kokam battery packs that can be removed for recharging.  This feature allows flight schools to have pre-charged packs ready to swap once a student has made a final landing.

Yang commented, “The RX1E will significantly push the development of China’s general aviation industry, because the bottlenecks facing the current general aviation field are not just airspace resources, but also the lack of low-cost planes like the RX1E,”

Gas2.org lists the specifications for the RX1E as follows.

Thanks to Wayne Cook of the Sustainable Aviation Foundation board for alerting your editor to this story.