This morning’s email brought the following missive from Chip Yates, known for his high-speed attacks on Pikes Peak, the Bonneville Salt Flats and the skies above China Lake, California.

“More good news for our electric airplane programs in the lead-up to our planned attempts to set 4 FAI official world records shortly, and then break our own top speed record of 202.6 mph for electric planes in front of the 150,000 crowd at the California Capital Airshow in Sacramento October 5-6!” 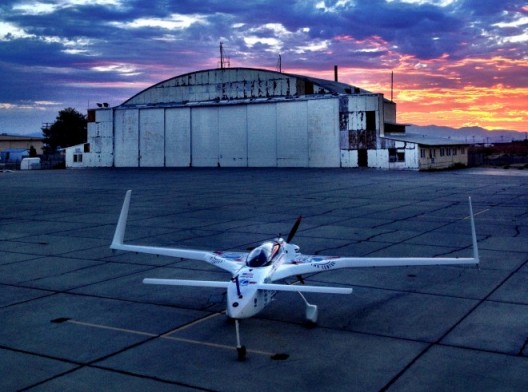 Chip’s normal enthusiasm may have shortened the battery life on this Long-ESA (Electric Speed and Distance) record-setting aircraft, since his pushing the pack’s limit in all three motorcycle and aircraft record attempts probably pushed the envelope a bit too far.

Jason Paur, reporting in Wired magazine’s “Autopia” section, explains, “During his record-setting flight last July, Yates managed to be the first pilot to top 200 mph in an electric airplane. But he fried the battery in the process. It was an old battery, and Yates told us last year he knew its death was a likely outcome of pushing the lever that far forward for the fast flight.

The new battery from EnerDel is a 450-volt, 80 amp-hour pack capable of 600 amps continuous output, the equivalent of 258 horsepower, and twice the output of the old battery pack. It weighs 525 pounds and takes up the entire back seat. If he were patient, Yates could leisurely cruise at around 100 miles per hour drawing only 40 amps, giving him two hours range. But as always. Yates has speed on his mind, and during the first flight with the new pack he managed 175 miles per hour, though he wasn’t at full power.” 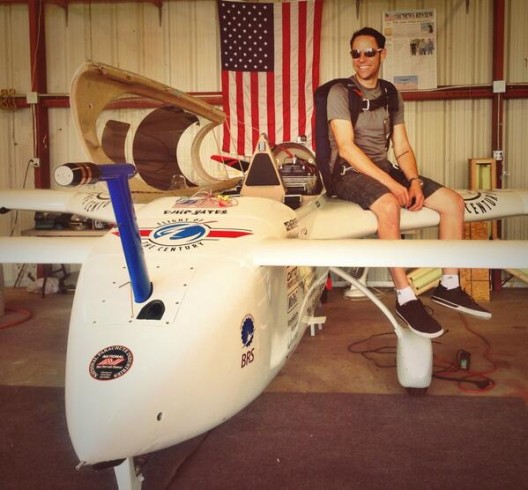 Chip Yates showing Long-ESA’s recharging probe, to be tested during the summer’s run-up to the October speed record attempt

In fact, Yates needed only 41 percent of the pack’s potential to cruise at 175 miles per hour over Inyokern. He’s tempered his approach after the untimely landing during last year’s record speed run, starting the 450 Volt pack to 416.8 Volts for the early flights. He never pushed things past 53 percent, turning the motor at 4,909 rpm, and the geared propeller at about 2,450 rpm.

Craig Catto, famous for providing thrust for everything from Reno air racers to ultralights, crafted a carbon fiber three-bladed unit that can operate at maximum efficiency at 3,100 RPM, which should give Chip 250 mph. The recent test flight reached at low 2,500 RPM and used only 211 of the 600 Amps available.

EnerDel promotes its contribution in these notes to their YouTube video. “World’s Fastest and Most Powerful Electric Airplane – Powered By EnerDel Lithium-Ion Technology and Flown by Test Pilot Chip Yates, who only uses 50% throttle throughout the entire run (41 percent for the 175 mph speed run and never above 53 percent) . This quick 175mph lap of Inyokern Airport was shot on 7/20/13, the 1-year anniversary of his world record run and is flown for Discovery Channel, Daily Planet and Chip does a 200 foot flyby and wags the wings at the camera before landing. Specs: 258 HP, 400 Ft/Lbs Torque, Catto Prop, 80Ah 450V EnerDel pack.”