Aircraft quite often seem to get designed as an assembly of separate components, wings an entity unto themselves, engines or motors something attached to the fuselage or wings, and not always seen as a set of matched components until final assembly.  Quite often, different components are compromised from their optimal shape or structure because of the need to integrate them with other parts of the craft.  One group of researchers is finding ways to even cause components to begin communicating among themselves.

Some parts, such as engines or motors, are hung on the wing or fuselage as replacements for earlier design variants.  The new powerplants may provide additional power, but they may also interfere with the overall performance and handling of the airplane. 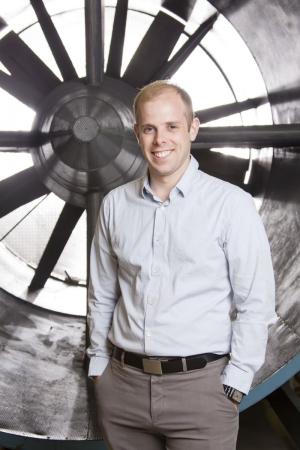 Dr. Phillip Ansell of the University of Illinois

University of Illinois researchers led by Dr. Phillip Ansell, assistant professor in the Department of Aerospace Engineering in the College of Engineering has explored this subset of aeronautics and come to the conclusion that wings and propulsion need to be an integrated whole.  “If we allow those two systems to talk to each other, there is a lot of increased complexity in the flow field over the wing and into the propulsor – which also substantially alters the performance.  We’ve taken two subsystems – propulsion and aerodynamics – and we’ve said that these are not isolated subsystems. These are now one thing.”

Very much like experiments performed by Dr. David Ullman in his home wind tunnel in Independence, Oregon, Dr. Ansell’s work involved, “Using a 3D printed model of an airfoil, which is a cross-section of a wing, mounted inside a subsonic wind tunnel.  We had a model with ducted fans mounted over the trailing edge of the airfoil. The flow goes across the upper surface and then into the fan.” 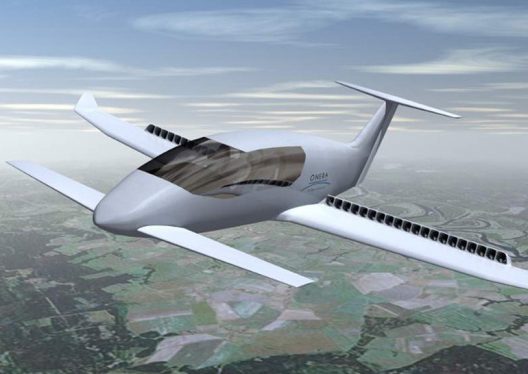 With graduate student Aaron Perry of the U of I and Michael Kerho from the Rolling Hills Research Corporation, Ansell attempted to understand the coupling between ducted fan systems and wing sections and how their interactions can modify overall aerodynamics of the total flight system.

Ansell explains, “If we integrate the propulsors, which in this case are fans, into the wing, we can improve the aircraft’s propulsive efficiency by ingesting the low-speed air across wing surface into the propulsor.  But it’s challenging to figure out how to do it in a smart way.” 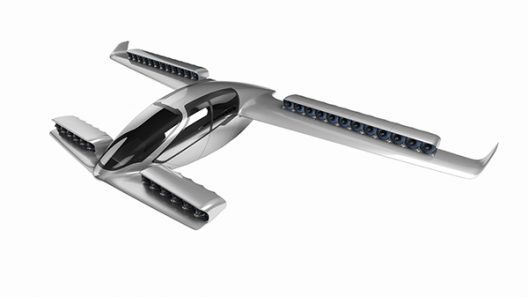 Seeing that a ducted fan on top of the wing changed the aerodynamic behavior of the airfoil when fan’s throttle setting was changed, he explained, “We can adjust the throttle to make the fan spin faster or slower, so that I now have a high-speed jet that’s coming out the back end and acts to substantially lift the aircraft through a phenomenon known as supercirculation. It also changes the flow across the surface.  I have little regions of the flow on the surface called boundary layers. Whenever I ramp up the throttle and start pulling air into that propulsor, it thins out the boundary layer. It modifies the distribution of the pressure across the airfoil itself. There are some complex things happening. That fan RPM talking to the aerodynamics of the larger airfoil is substantial.”

We can’t just think of increasing the throttle and adding thrust as an isolated function any more, he added.  “It’s not that simple because it also changes the air flow over the wing. The different orientations of the end of the fan changes the performance of the wing section as well as the pressure distribution because it changes the local flow quality characteristics. We have now quantified that and can understand some aspects of what that looks like.

“We were able to take measurements to better understand what those variations in coupling characteristics are. Previously we knew that if we ramp up the throttle on this fan, the result is a thrust vector pointed in a certain direction. Now we know that it will also modify my local wing aerodynamics.”

The team’s findings were published in a paper, “Aero-Propulsive and Propulsor Cross-Coupling Effects on a Distributed Propulsion System,” in the Journal of Aircraft, and as part of the 2018 AIAA Aerospace Sciences Meeting, AIAA SciTech Forum, (AIAA 2018-2051)

Part of Dr. Ansell’s current research may be a call-back to recent investigations on National Aeronautics and Space Administration (NASA)-related studies on reducing skin friction.  His prospective new propulsion system would stretch the extent of laminar flow across the top surface of an airfoil and reduce the extent of turbulent flow.

He explains his design: “Propulsion is built into the airfoil so that the intake sucks in the flow across the upper surface (of the wing), and exhausts the air out the trailing edge. This provides us new ways to tailor the way the pressure is distributed across the airfoil surface and also employ our propulsion system directly at the location of the wing wake. Both of these effects offer distinct benefits within an aircraft design.”