Volvo Car Group has announced their development of what they term, “A revolutionary concept for lightweight structural energy storage components that could improve the energy usage of future electrified vehicles.”   Using carbon fiber and other composite materials to make batteries and supercapacitors within structural panels, Volvo hopes to offer “lighter energy storage that requires less space in the car, cost effective structure options and is eco-friendly.”

This blog reported on earlier efforts by Dr. Emile Greenhalgh at Imperial College in London, working on creating energy storage with simple carbon-fiber/fiberglass/carbon-fiber sandwiches as an academic lead partner with Volvo.  His work is directed toward creating structural supercapacitors, while efforts at Volvo in Sweden, led by Per-Ivar Sellergren and working with his nearly two-decade-old patents, are aimed toward crafting lightweight batteries to replace metal structures. 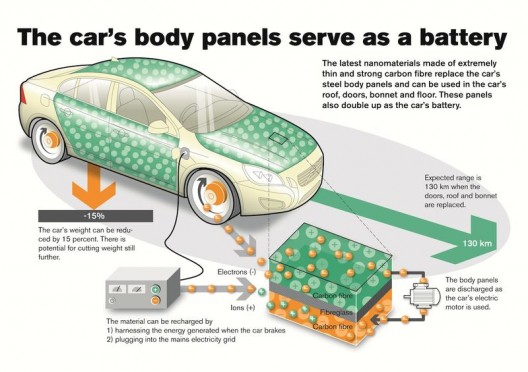 Volvo and Imperial College, London, have been working for several years on replacing body panels with batteries or supercapacitors

Funded as part of a European Union research project, and concerned with improving energy storage, the effort has Volvo as its only car manufacturer.  The car maker’s project team “…identified a feasible solution to the heavy weight, large size and high costs associated with the batteries seen in hybrids and electric cars today, whilst maintaining the efficient capacity of power and performance. The research project took place over 3.5 years and is now realized in the form of car panels within a Volvo S80 experimental car.”

Molded sandwich panels that replace doors and trunk lids not only save weight, but save on space by integrating energy sources that otherwise require structural members to contain them – such as battery boxes and hold-down retraints. 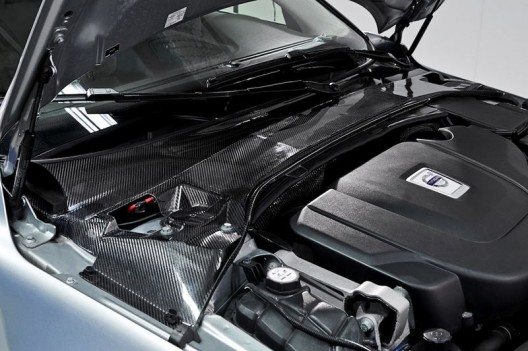 Note that the plenum cover in the video replaces the battery that resided under the former cover, reducing weight considerably and allowing redesign of that space. 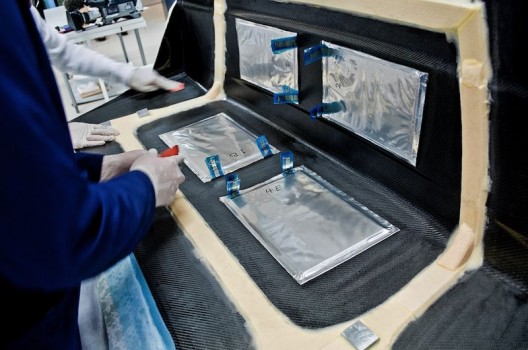 Volvo’s panels can be recharged by plugging into the grid, as with more conventional electric vehicles, by popping Volvo’s concept pop-up solar charger out of the car’s trunk (not ready for prime time, but promising, according to Ecomento.com), or through regenerative help from braking – or even from shock absorbers soaking up the bumps, as on Lord Paul Drayson’s record-holding electric racer. 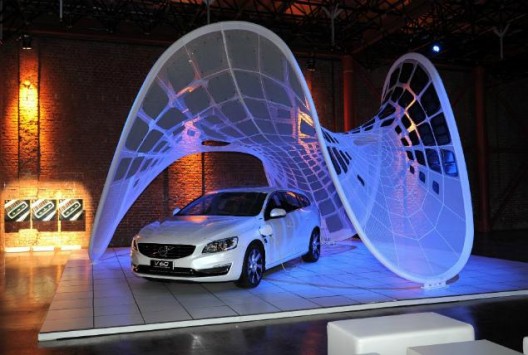 “Today, Volvo Car Group has evaluated the technology by creating two components for testing and development. These are a boot lid and a plenum cover, tested within the Volvo S80.

“The boot lid is a functioning electrically powered storage component and has the potential to replace the standard batteries seen in today’s cars. It is lighter than a standard boot lid, saving on both volume and weight.

“The new plenum demonstrates that it can also replace both the rally bar, a strong structural piece that stabilizes the car in the front, and the start-stop battery. This saves more than 50% in weight and is powerful enough to supply energy to the car’s 12 Volt system

“It is believed that the complete substitution of an electric car’s existing components with the new material could cut the overall weight by more than 15%. This is not only cost effective but would also have improvements to the impact on the environment.”

It doesn’t take a great leap forward to see the potential for incorporating such materials into aircraft, especially electric aircraft.  See this author’s “The Grand Unified Airplane” in the July, 2013 Kitplanes magazine for a possible direction for such creativity.