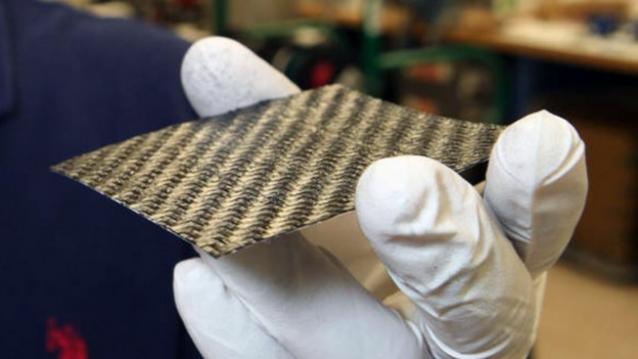 Dr. Luke Roberson, Dr. Ryan Karkkainen, and Dr. Xiangyang Zhou are now collaborating on “Creating a structural battery material [that] could revolutionize the way NASA operates small payloads.”  Batteries now take up 20 to 35 percent of the volume in some CubeSats, 10 centimeters (3.97 inches) ×10 cm. × 11.35 cm (4.47 inches) cubes, as the name implies.  Each CubeSat can weight up to 1.33 kilograms (2.93 pounds).

Normally made of aluminum, CubeSats carry batteries for communication, storing energy collected from solar cells on their host vehicles, or powering sensors, cameras, and providing environmental norms for science experiments they carry.  Obviously, their small size dictates using every square centimeter wisely.  Replacing their inert walls with a structural battery could free up invaluable space that would allow “researchers to perform more science,” according to Roberson. 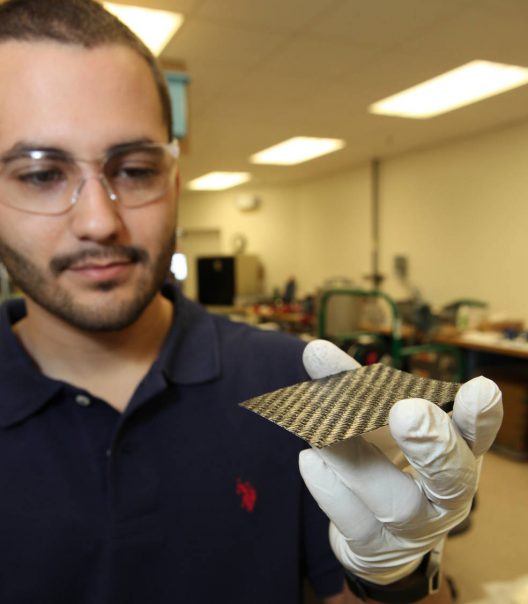 Roberson is a senior principal investigator for Flight Research within the Exploration Research and Technology Directorate at NASA’s Kennedy Space Center in Florida.  He collaborates with Karkkainen, a composite material expert at the University of Miami, and Zhou, associate professor of mechanical and aerospace engineering, also at the university.  The three combined sets of expertise enabled them to develop a two-to-three millimeter thin battery

Daniel Perez, a Ph.D. candidate in mechanical engineering from the University of Miami visited Kennedy’s Prototype Lab to learn how to make the structural pieces for the battery prototype.  He layered several pieces of small carbon fiber squares in a vacuum bag, then attached a vacuum hose.  The vacuum draws air from the bag and squeezes the fibers together in a debulking process.  After about an hour, he uncovered the squares and then placed them in a 250-degree oven for curing.  Several such layers comprise the structure for the battery.  “Back in Miami, two other students are working with Dr. Zhou on a prototype of the solid-state structural battery layers that will be placed between the layers of compressed carbon fiber squares.”  The researchers will begin testing the composite reinforcement and mechanical properties at Kennedy “in the near future.” 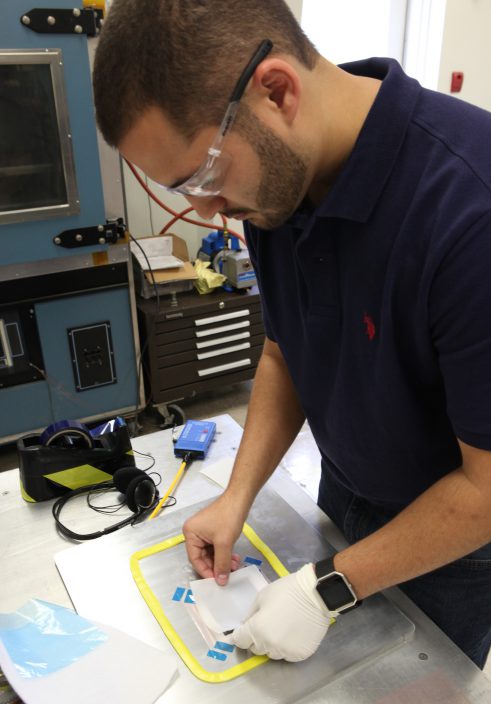 Roberson foresees applications beyond CubeSats.  “This technology could be used on satellite structural trusses, the International Space Station, or to power habitat structures established on another planet,” said Roberson. “Commercial applications could include automobile frames or tabletop battery rechargers.”

Further, according to the report, “If this type of battery could be added to current homes or buildings or included in the walls during construction, they would be an added or alternate source of power. With the proper structure elements, the batteries can be made to be impact and moisture resistant, and flame retardant.”  Like Tesla’s PowerWall, this technology would help homeowners store their own solar- or wind-generated energy and avoid power fluctuations.

Daniel Perez concludes, “We have a great team working on this project, and I hope this technology will become a safe and efficient method to store energy while replacing electrically inert structural components in a wide variety of applications.  We’re all working hard for this technology to improve our spaceflight systems and contribute to the advancement of this industry.” 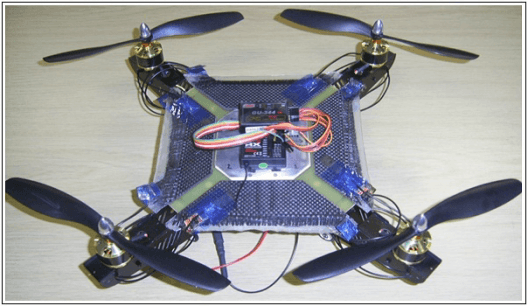 Quadrotor in which battery, structure are one in the same

Structural batteries have been pursued for several years. Researchers at NASA have characterized the various materials plausible for such applications.  London’s Imperial College has made strides in creating structural energy-storing car parts for Volvo.  NASA’s Kennedy efforts seem to have created the thinnest, lightest and most open to aeronautical use so far.