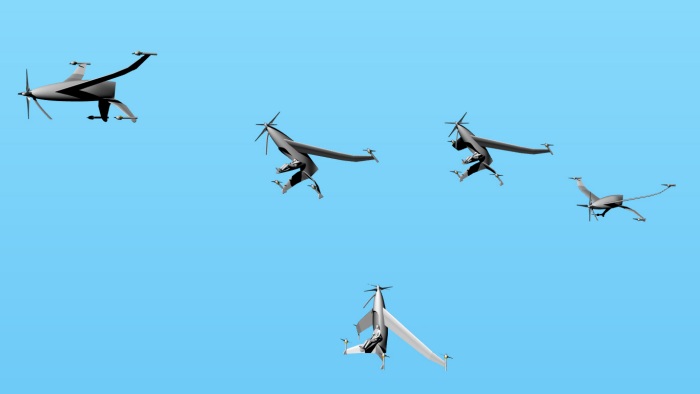 Dale Kramer’s Lazair was one of the most popular ultralights in the 1980s, selling over 1,200 units.  He re-engineered it a decade ago and flew the electrically-powered version in both land and amphibious versions.  Appearances at AirVenture saw him making daily flights over the area.  Your editor was privileged to visit Dale’s home, once owned by Glenn Hammond Curtis in Hammondsport – who also flew his creations from Keuka Lake, one of New York’s Finger Lakes for which the region is named. 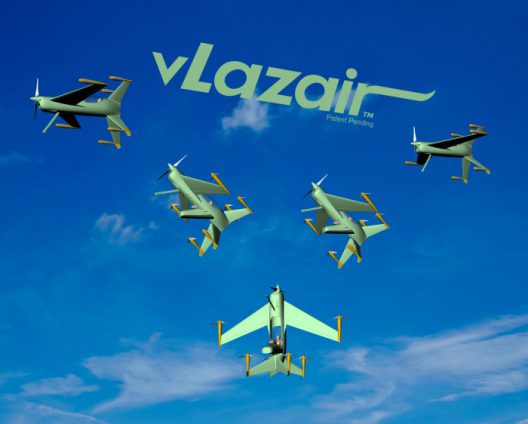 Ever an inventive soul, Dale has returned to the drawing board, in his own way answering the question of how to perform vertical takeoffs and landings in a small, light, personal aircraft.  To overcome pilot’s getting cricks in their necks, The VLazair has a constant-frame-of-reference seat.  The seat swings around during takeoffs and landings to keep the pilot upright, avoiding the rear-view mirror technique used in previous such craft from Convair and Lockheed.

VLazair will have a 100-horsepower Rotax engine driving a 15-kilowatt generator, which in turn feeds six Joby JM-1 electric motors – one at each wing and tail tip.  Performance sounds wonderful for the VTOL craft.  Able to fly horizontally at 200 mph, its 15-gallon fuel tank, 25 pounds of batteries and semi-hybrid configuration would allow up to a 600 mile range (or three hours endurance), according to Dale.  Considering others are projecting lower cruise speeds and lesser range, the VLazair would be a game changer.

He’s built 1/32-scale, 3D-printed models and a quarter-scale model to test the viability of the final product.  His calculations show that scaling the model to full size will provide the thrust necessary to lift-off from the owner’s backyard – a long-term dream for all readers of Popular Science or Popular Mechanics. 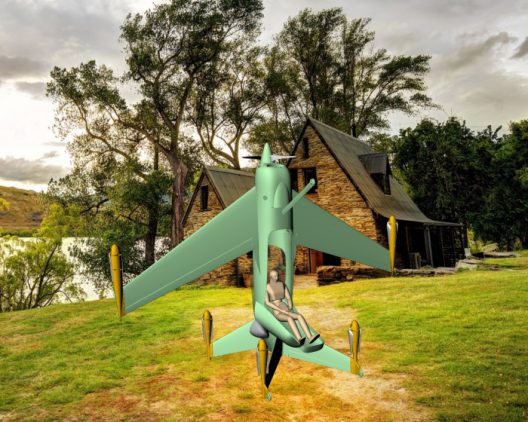 His crowdfunding efforts did not bring in sufficient funds to get the project off the ground, but knowing Dale Kramer’s ability to innovate, though, he’s certain to come up with something – and it will be great.