ElectraFlyer’s Randall Fishman and Embry Riddle Aeronautical University were the lone inhabitants with aircraft on hand at the “green aviation” display at Sun n’ Fun, exhibiting the modified Stemme and the ElectraFlyer “C” respectively.  Having been within a few displays’ distance from the Thursday tornado that destroyed 69 aircraft, damaged many others, and dismantled marquees all around, they were probably fortunate to be there at all.

Having decided to leave his two-seat ElectaFlyer X back at the shop, Randall had his four-year-old ElectraFlyer on hand, an airplane which hides what he describes as the only currently available electric motor, controller, instrumentation, custom propeller hub, and battery package in its neatly cowled nose, and which has been available for years before Yuneec and Pipistrel announced their systems.  He avoids the term, “Plug and Play” because he’s wary of using connector plugs to carry high amperage and high-frequency between the motor and controller, preferring battery cable lugs and bolts for secure connections. 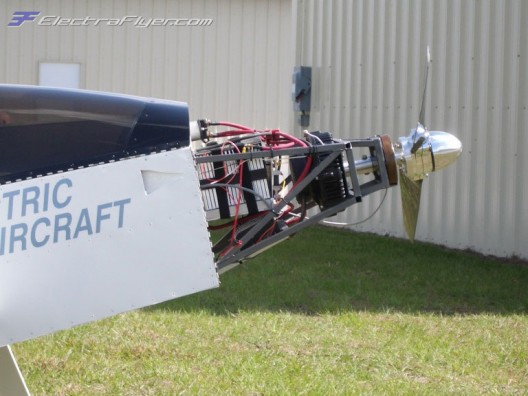 Others have recognized his achievements with AirVenture 2007’s Grand Champion Ultralight Award for his ElectraFlyer Trike and 2008’s Stan Dzik Memorial Award For Design Contribution “for the installation of the Electric-Motor power train” and the Dr. August Raspet Award.  Randall notes that previous winners of the Raspet prize are “a Who’s Who of aviation and I was extremely proud to win it.”  Randall treasures the memory of Burt Rutan, a previous Raspet Award winner, dropping by his Oshkosh display to congratulate him.  Still a milestone in electric flight history, Randall’s ElectraFlyer C even garnered an innovation award for the Light Sport class at this year’s Sun n’ Fun.

Randall used the proceeds from his Lindbergh Aviation Grant in 2009 (not to be confused with the twice yearly LEAP awards or the AirVenture “Lindies”) to help build his ElectraFlyer X two-seater.  In his application for the grant, he listed the many advantages of electric airplanes, including the ability to site multiple small airports near metropolitan areas because of the small noise signature for such craft.  He emphasized the “quality of life” issue in noting that electric flight brings quietness and a lack of vibration to the flight experience. 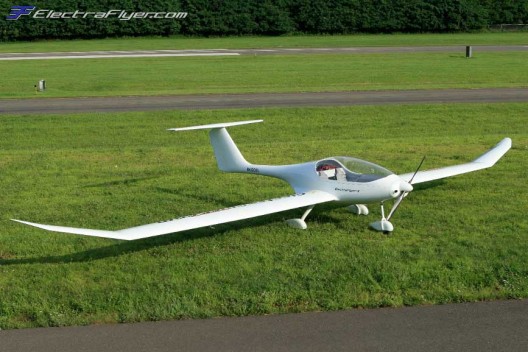 ElectraFlyer X, soon to have a more powerful replacement for its current 50 hp unit

For the “X,” Randall is working on a new motor prototype, a 9-1/2-inch diameter brushless unit that puts out 90 peak and 60 continuous horsepower.  It’s a synchronous, three-phase, permanent magnet motor, one of three motors ranging from 30 to 90 horsepower peak outputs, 20 to 60 horsepower continuous.

The 20 hp unit runs on 75 Volts and the 40 and 60 hp motors on 144 Volts.  The largest weighs approximately 45 pounds.    Fishman says he has two motors in his shop ready for testing, along with the necessary matching controllers.  He hopes to have production motors for sale by AirVenture 2011.

He is working on other exciting but, for now clandestine, projects, although he will reveal an all-composite ultralight test mule he is using to test a range of motors and controllers. 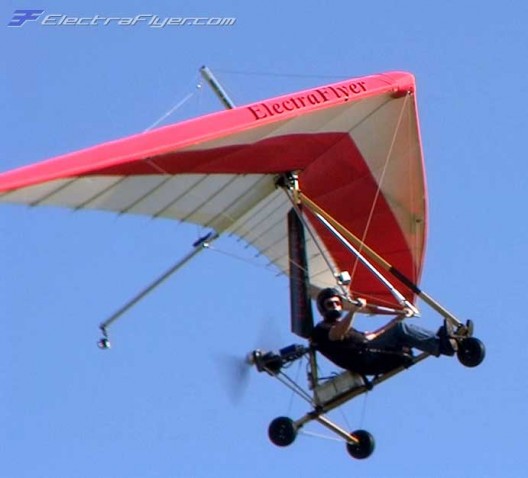 The inexpensive ElectraFlyer Trike with its simple and open power system

In the meantime, ElectraFlyer continues to sell what is arguably the least expensive package to allow one to commit aviation electrically.  His ElectraFlyer propulsion system comprises: “motor, electronic controller, power dial and switch, fuse, connectors, ammeter and shunt, voltmeter, custom machined propeller hub, and digital motor temperature display with probe,” according to his web site, and costs a mere $4,600 (batteries not included).  He has sold several of these packages, including one to Jerry Booker, who launches his Red Tail Hawk motorglider with the system.

Jerry is committed to developing low-cost, practical solutions for advancing electric flight, and his next announcements on motors and aircraft should bring increased  interest and recognition.