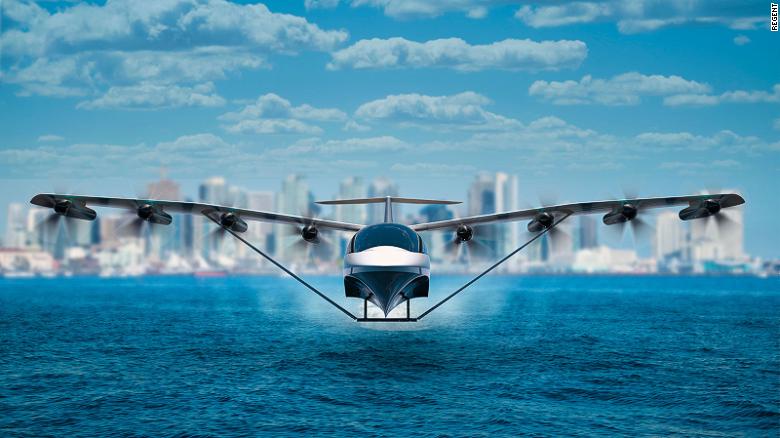 WIGs are Wings in Ground Effect, a type of flight that keeps one just above the sea’s surface.  Simplified, when a wing is at an altitude less than its span, it operates in a ground effects cushion that adds lift.  According to backers of REGENT’s seaglider, such a craft can skim the waters in low-level flight while providing transport cheaper and quicker than water-borne alternatives. 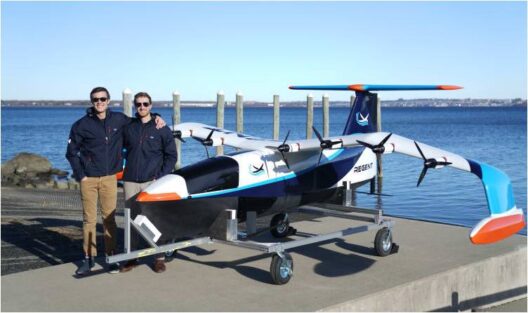 CNN reports, “…a Boston-based start-up backed by some of Silicon Valley’s most prominent investors wants to turn the sea lanes along the country’s east and west coasts into high-speed transit corridors.”

The firm identifies their company name as an all-caps, proper noun acronym – Regional Electric Ground Effect Nautical Transport.  They denote the “seaglider” as a common noun describing the type of craft they are building.  It combines WIG technology with hydrofoils, and in the process gains an odd certification for an airplane.  Classified as a seagoing vessel, it will operate under regulations set by each country’s coast guard.

Because it becomes purely an aircraft, although a low-flying one when clear of harbors, the designers have also consulted with the Federal Aviation Administration in this country.  “We are aware some entrepreneurs start by creating the product and they expect to negotiate the rules afterward, but this did not sound like a feasible proposition to us,” of the founders explained to CNN Travel.

Add electric power and the seaglider becomes an environmentally-friendly way to haul people between seacoast landing sites.  Because of current batteries’ low energy density, initial trips will be short-range excursions.

A scale version currently being tested in the waters off Tampa, Florida, the machine designed by REGENTs New Zealand-based founders has international backing at a high level.  CNN reports, “Billy Thalheimer and Mike Klinker have raised $9.5 million from the likes of Y Combinator, Mark Cuban (Shark Tank) and Peter Thiel (PayPal co-founder), among other investors, to reimagine the wing-in-ground effect (WIG) concept and turn it into a mainstream means of transportation with zero emissions.”

Shah Aslam, owner of a small charter airline, Air Napier, has placed an initial order for his sea-based enterprise, Ocean Flyer.  Aslam represents a group, including French company Brittany Ferries, Croatia’s Splitexpress, and US airlines Mesa and Southern, who have invested $50 million

REGENT claims over $700 million for purchase of its first production models, and $6.75 billion total raised from investors.  This seems like a large amount of capital for the startup, but their business model appears to hinge on their ability to provide speedy transit between port cities at low prices.

For the 12-seat seaglider, Thalheimer estimates tickets prices per person per trip could be in the $50-80 range.    Prices for a later version carrying up to 100 could drop to $30-40.

A different kind of Sea Voyage

Passengers would enjoy a trip about 20 feet above the waves at speeds under 180 mph.  Since the climb from takeoff on the hydrofoil to cruising altitude is so short, little battery energy would be used.  Flying in ground effect requires less power to attain cruising speed, so batteries will not be overtaxed. 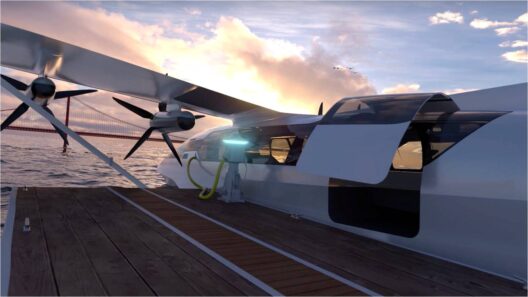 Passengers should enjoy great view, convenience of travel as incentives to skim the waves

Passengers would get on their seaglider at a port without the wait for a Transportation Security Administration pat-down.  After a brief taxi to the takeoff point, they would be carried aloft, the aircraft would retract its hydrofoil, and the craft would speed on its way.  This port-to-port convenience and leisurely approach should appeal to many.  The partners are counting on the 75 percent of New Zealand’s population that lives in a coastal location to find this new mode of travel appealing.

With orders for 15 of the 12-passenger Viceroys and 10 of the 100-passenger Monarchs in hand, actual trips could begin in the next few years.  Zero emission sea skimming could become a popular business and recreational way to see the world.