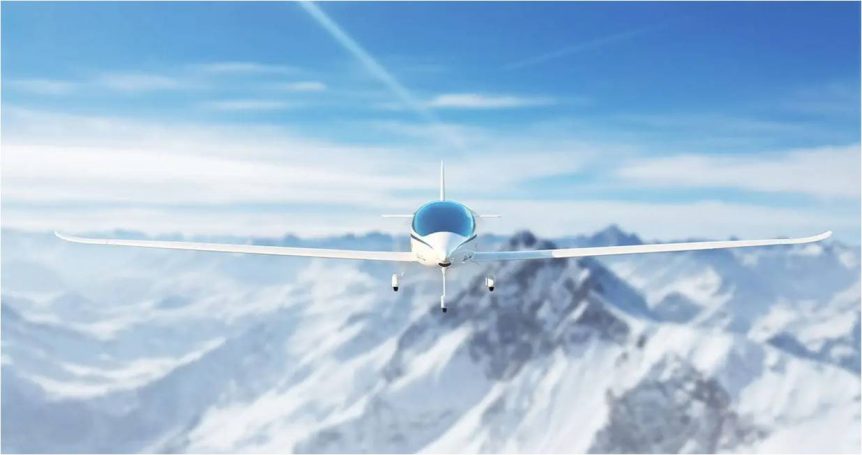 A Decade of Development

A modified version of Elektra One, flying since 2011 and certified in the German ultralight  class, Calin Gologan’s Elektra Trainer could provide affordable flight training with lower operating costs.  Calin displayed Elektra One at the 2012 AirVenture show in Oshkosh, Wisconsin, flying daily on the power of its solar-charged batteries. 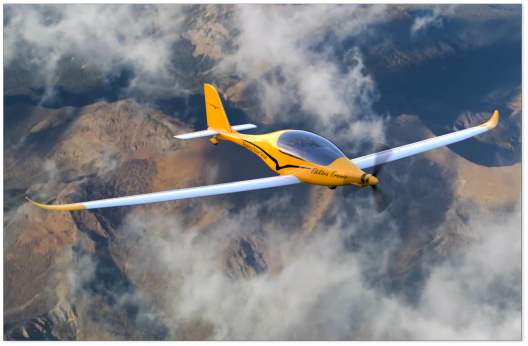 The company details its background.  ” Elektra Solar GmbH is a spin-off from the German Aerospace Center (DLR), Institute for Robotics and Mechatronics.  The roots of the company go back to 2011. This year PC-Aero GmbH was founded in 2011 by Calin Gologan.  Elektra One electric aircraft was the first product flying in March 2011.

“In the same year, we [received] the Lindbergh Prize for Electric Aircraft Vision. Elektra UAS GmbH was founded in 2012 for unmanned systems and application. Both companies merged in 2016 under the new name Elektra Solar GmbH.

“In 2015 we flew with the Elektra One Solar for the first time over the Alps. The first flight of the larger Elektra Two Solar took place in 2017. In 2019 we flew with the Elektra Two Solar UAS (unmanned version) up to 10 km (32,800 feet) altitude completely autonomously, including start and touch down. Our aircraft systems for control and operation were already used for many hundreds of flight hours as UAS (Unmanned Aerial Systems) or OPS (Optionally-Piloted Systems).”

Elektra Trainer has a wider and longer fuselage than Elektra One, with reinforced, 13.5-meter (44.3-foot) wings.  These enable a glide ratio of about 28:1 and a cruise speed of 120 kilometers per hour (74.5 mph).  A 14.5-meter (47.5-feet) span version is available.  The Trainer can stay aloft on only 11 kilowatts (14.75 horsepower), less than a third of its Eck-Geiger HPD-40’s rated power, and only a fifth of its short-duration maximum output of 60 kW (80.5 hp).  A 35 kilowatt-hour battery ensures at least two hours in flight with a healthy reserve.  An 18 kW charger can “top off” the battery in under two hours, giving the airplane a high usability factor.  With a normal training flight of 50 minutes and training cycle of 35 minutes, the Trainer can accommodate two training flight before required charging.

Calin is a master at lightweight structures, his Elektra One having parsed its 300 kilograms (660 pounds) into roughly 100 kilos for structure, including landing gear, motor and controller, 100 kilos for batteries (remember these were a decade-old technology) and 100 kilos for payload.

Elektra Trainer may be even more of a svelte creation, its empty weight of 400 kg (881.85 pounds) including the complete power system – batteries and all.  It stays within ultralight rules (Light Sport Aircraft in America) with a maximum takeoff weight of 600 kg (1322.8 pounds). 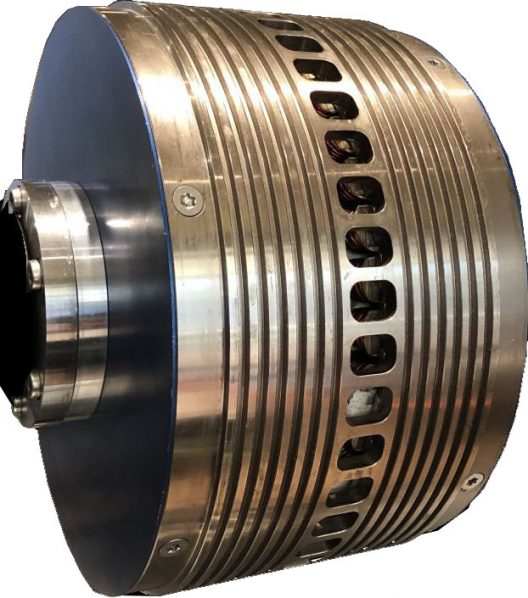 Eck-Geiger’s Duplex motors share shaft, operate independent of one another

To enable a good cruising speed (120 kilometers per hour or 75 mph), quick takeoff (200 meters or 657 feet) and a three meters per second (590 feet per minute) rate of climb, Elektra Trainer has an electrically-actuated monowheel landing gear.  A fixed tricycle gear is an option.  Its 1.75-meter (5.74-feet or 69-inch), three-blade propeller turns slowly for maximum efficiency.  Electric flaps help the craft land in the same distance in which it took off.

Elektra Trainer’s excellent aerodynamics and light weight are complemented by the power system, an integrated dual motor, controller and bespoke batteries.  Eck-Geiger Engineering’s HPD40 Duplex motor is really two separate motors on a common shaft.  The firm describes its redundancy and safety.  “Two mechanically and electrically completely separate individual motors work without gears on a propeller shaft, so that if there is a fault in one powertrain, the aircraft can continue its flight as normal.”  For all that power and refinement, the motor weighs a mere 12 kilograms (26.5 pounds).

Described as “whisper silent,” the craft will generate a claimed “about 50 dB,” which would make it one of the quietest aircraft outside of a sailplane.  Completing the sailplane comparison, the craft can be transported in a “normal glider trailer” and assembled in 30 minutes. 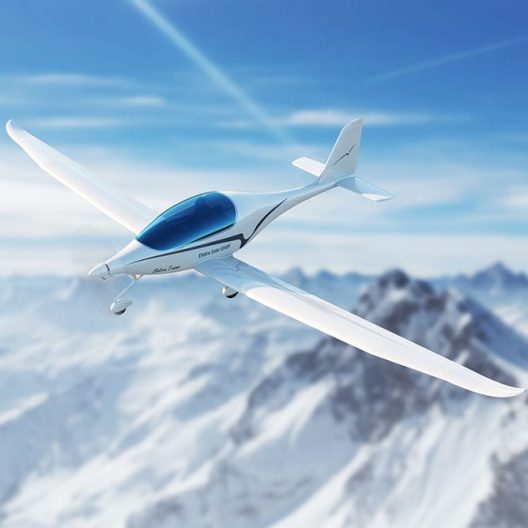 Its large cabin, 1.2 meters (47.24 inches) wide, can accommodate pilots up to two meters (78 inches) in height.   Its quiet, emission free operation should find favor with instructors and trainees alike.  Its low operating cost, claimed to be 50 euros (about $60 US) per hour including depreciation, maintenance, charging, battery replacement costs, and insurance, are about half those for typical trainers, according to Elektra Solar, Calin’s firm.  Elektra Solar claims the craft will save operators about 500,000 euros (about $598,000 US) over its 10,000 hour lifetime – more than double its less than 200,000 euro ($239.000US) purchase price.  .

DAP (Digital Aircraft Platform) is the basis for all control and monitoring elements of the aircraft.  DAP performs real-time monitoring and logging of all aircraft parameters, provides intelligent assistance to the pilot and activates protection algorithms automatically in critical situations.

DAP simplifies aircraft operation and maintenance.  The life of each essential part (like batteries, motor and propeller) is monitored in real time, analyzed  and documented continuously.  With special software, the flights can be visualized and analyzed.

One hopes this doesn’t lull pilots into falling asleep at the stick, emulating drivers who become too confident of the degree of assistance their “autopilot” will provide.  Two passengers were recently killed in a wreck of a popular electric car, neither in the driver’s seat while the car hurtled along.