Stephan Boutenko of Alternair passed this along, and it is worth a read.

Paur’s impressions are highly positive, with the desire to continue the experience.  He notes, “Flying on battery power is about the unique experience of flying without the noise, vibration and smells of a traditional engine pulling you along. It’s an entirely different sensation. And like gliding, it is about the challenge of flying within the limitations of the aircraft and maximizing your time aloft.

“’It’s like hypermiling a flight,’ Peghiny says.”  Hypermiling in automobiles is the act of conserving fuel by tactics such as accelerating gently to a speed somewhat above the average desired, then coasting to a point below that average and accelerating again.  Electric aircraft may require such tactics for at least the immediate future until battery technology catches up with our desire to fly with full afterburners.  Indeed, one attendee at the fourth annual Electric Aircraft Symposium told this author that Yuneec representatives had advised just such a careful approach on their E-430. 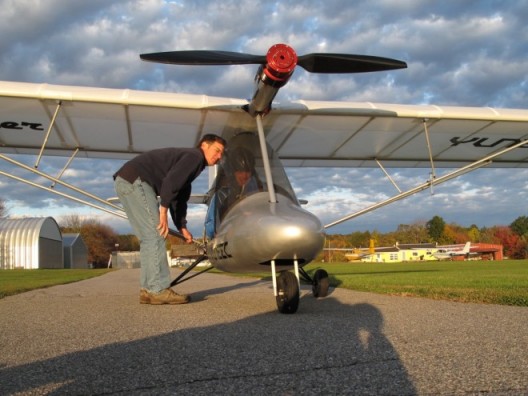 Paur sums up on a happy note.  “On the other hand, the sensation you feel while flying is unlike anything you’ve experienced. The sound is dominated by the air rushing by, there is no smell of gas or exhaust and no buzzing vibration being transmitted from the engine through the airframe.

“Flying so smoothly and quietly makes you wish there were a bottomless battery available so you could fly around all day.”