A new motor from Australia, the MagniX Magni5, promises 300 kilowatts (402 horsepower) from a 53-kilogram (116.6-pound) package, or about five kW per kilogram.  This is competitive with other power-dense permanent magnet motors. 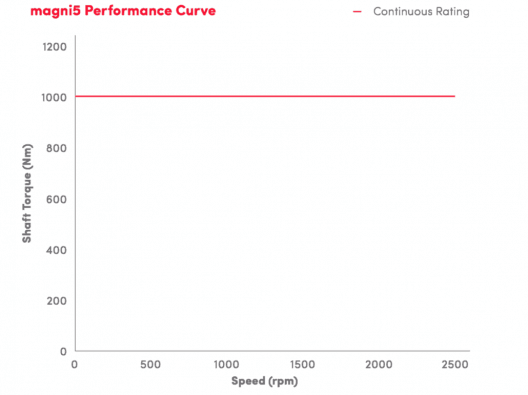 The Magni5 claims an absolutely flat torque curve (more a line, really) from zero to 2,500 rpm, producing 1,000 Newton-meters (737.5 foot-pounds) throughout its revolution range.  This is a great deal like steam locomotive performance.  Its 444 millimeter (17.5 inches) diameter and 275 mm (10.8 inches) size is perfect to hide behind a propeller spinner.  The torque should guarantee a good rate of climb, and might be a worthy candidate for powering a Pikes Peak International Hill Climb contender.

The company certainly seems to be on track for designing around aircraft use, promoting their expertise and that of partners with a “Strong background in [the] FAA certification process.” 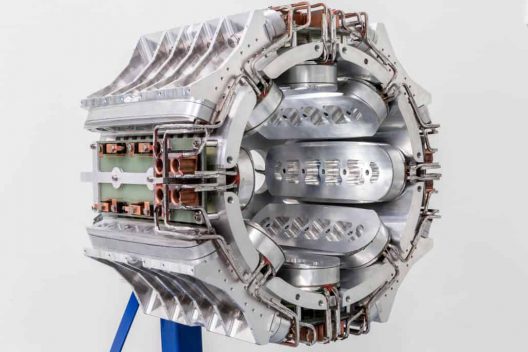 Even more promising, MagniX’s technology is apparently on the verge of creating a superconducting MagniAlpha motor that could product 25kW per kilogram.  That would power an ultralight with a 2.2-pound motor, or a Light Sport Aircraft from a mere eight or nine pound powerplant, leaving extra poundage for batteries.  MagniX is not without experience in superconductivity, explaining, “We build superconducting generators for energy-intensive industries such as smelting and hydrogen fuel production. Our superconducting generators are the most advanced and efficient in the world.” 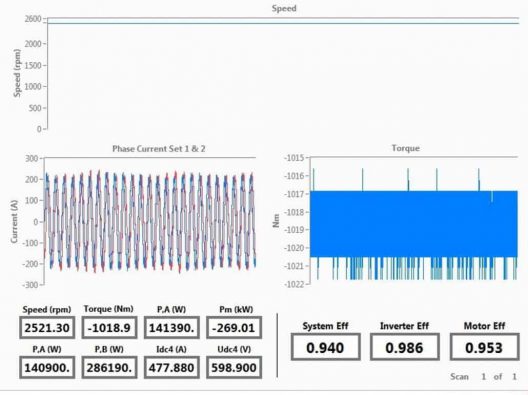 Magni5 performance is already impressive, and superconducting MagniAlpha would provide five times that

To maintain safe operation and predictive maintenance, MagniX’s Xbrain is an intelligent control unit with artificial intelligence (AI) algorithms enabling a “military grade” safety system.  Xbrain enables an advanced heat management system for the liquid-cooled motor, and multiple layers of redundancy.  If the motor has the same relative torque density as the Magni5, it would be, in the words of its creators, “a transformational advancement.”

The company provides design and implementation services to those interested in its products.  Its personnel programs seem to encourage a culture of creativity and accomplishment we hope will be reflected in future products.