Two European states that will benefit from the electrification of short-range airline flights are becoming strong proponents of new technology.

The Guardian headlined its article on greener airlines this way: “Norway aims for all short-haul flights to be 100% electric by 2040.”   A subheadline explained, “It already has more electric cars than any other country in the world and also has shipping projects underway.”  That’s in terms of market share, with electric and hybrid vehicles representing more than half of new car registrations in 2017. 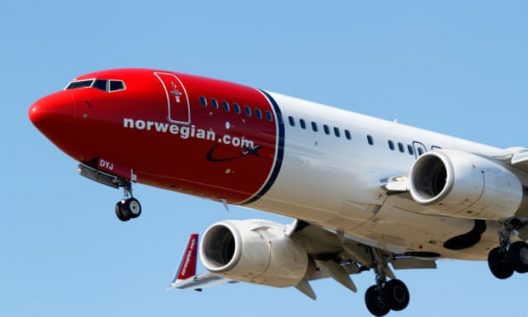 A Norwegian Airlines Boeing 737. The country’s short-haul airliners are set to be entirely electric by 2040. Photograph: Alamy

Avinor, the public operation of Norway’s airports, says short-haul airliners should be entirely electric by 2040, cementing the Nordic nation’s role as a pioneer in the field of electric transport.  Chief executive Dag Falk-Petersen promised Norway, “Aims to be the first in the world” to make the switch to electric air transport.

He added, “We think that all flights lasting up to 1.5 hours can be flown by aircraft that are entirely electric,” noting that would cover all domestic flights and those to neighboring Scandinavian capitals.  Even more promising, “When we will have reached our goal, air travel will no longer be a problem for the climate, it will be a solution.”

Electrification will help reduce the 2.4-percent of greenhouse gas emissions for which aviation is responsible in the country – double that amount when international flights are included.  Icing on the cake, noise and operating costs can be halved.

Even though the country is the largest oil and gas transporter in Western Europe, Norway is dedicated to leading in electric transport, and plans on testing commercial routes with 19-seat electric airplanes starting in 2025.

While ultimate electric aviation is in the wings, Avinor said it would need to use intermediary technologies, such as biofuels and hybrid fuel-electric solutions.

The Netherlands Opens a Living Lab

The Netherlands Aerospace Centre (NLR) has opened an 18,000 square meter (175,300 square feet) research installations and offices in Marknesse.  Together with PwC, a multi-disciplinary consulting firm, NLR revealed its electric Pipistrel Alpha Electro, which will be deployed as a research aircraft in NLR’s new Living Lab for Electric Flight.  Cora van Nieuwenhuizen, Dutch Minister of Infrastructure and Water Management, opened the Lab, stating,  “The Netherlands is highly successful in aerospace technology. This is precisely how it should be, because demand for air transport is continuing to grow. But we can’t simply go on building more and more planes. The aircraft also need to be lighter, must be equipped with new technology and have more economical engines. They present new challenges and we must look for the answers. Wherever new ideas must lead to new possibilities, there is a need for incubators. This new NLR complex is such an incubator.”

PwC’s donation to NLR enabled the purchase of the Pipistrel– a testbed for development of sustainable aviation.  According to the NLR, “The donation fits in with PwC’s ambition to be a circular and CO2-neutral business in 2030. PwC has been  monetising its CO2emissions since 2017 and uses this budget firstly to reduce and then to offset emissions. Among other things PwC is stimulating on-line conferencing, international travel by train and electric driving. The company is additionally investing in sustainable mobility innovations by bringing in knowledge and money. ‘There’s a lot more to gain in aviation’, said Michael de Ridder, CFO and COO of PwC. ‘With this donation, PwC wants to make a contribution to accelerating the transition to electric flight. As a user, an international organisation with clients worldwide, we want to take our responsibility by pursuing CO2 reduction, offsetting and innovation.’” 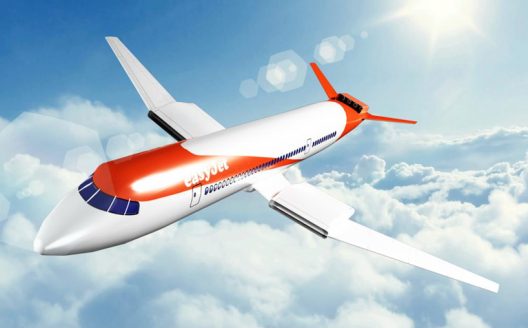 Jeffrey Engler of Wright Electric and Easyjet are collaborating on a near-future electric airliner.  Will this be it?

NLR will use the Pipistrel Alpha Electro to research how to increase the craft’s  range “by using new battery technology or a fuel cell and aerodynamic enhancements.”

Jeffrey Engler at the NLR Electric flight Symposium
The Living Lab’s opening  included a mini-symposium called “Electric flight in 2050: dream or opportunities for the Netherlands?”   A “sizeable representation of the Dutch aerospace sector” attended, and heard  Jeff Engler, CEO of start-up Wright Electric of Los Angeles, who gave a presentation.  Wright Electric partners with easyJet and has a goal to “develop a completely electric aircraft capable of operating flights with 150 passengers over distances of around 540 kilometers, such as between Amsterdam and London or Paris, within 10 to 20 years.”

The Delft Hyperloop, Solar Car Twente, and Ehang  attended the opening and displayed their models.