Ideally, battery materials should be abundant, cheap, and safe.  NaCl (salt) seems to manage three out of three of these, but can it manage the energy and power density of less abundant and more expensive materials such as lithium?

Faradion, an English enterprise specializing in “advanced energy storage solutions,” thinks that the salt of the earth may indeed be part of the secret sauce in their new battery.  Initial applications will probably be in large energy-storage systems associated with renewable energy, but forward-looking statements (we used to call them predictions) show the potential for lighter, smaller batteries that could compete with lithium-ion cells. 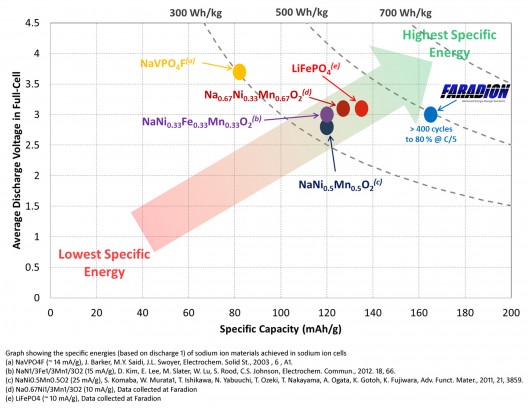 Since the introduction of new technology does not usually come from a single source, Faradion is partnered with co-funders Innovate UK, the UK’s innovation agency; Williams Advanced Engineering and the University of Oxford.

The group is building 3 Amp-hour prismatic cells “containing Faradion’s novel cell chemistry, and are being incorporated into battery packs by Williams.”  This will require no major changes in existing battery manufacturing lines.

Faradion’s chairman, Chris Wright, explains.  “Sodium‑ion does everything lithium‑ion does, but cheaper,” he says. “If a manufacturer already has a lithium‑ion plant, there is no incremental capital cost because it uses the same equipment. According to Argonne National Lab’s BatPaC data model, a 16kWh sodium‑ion pack is 30% cheaper.” 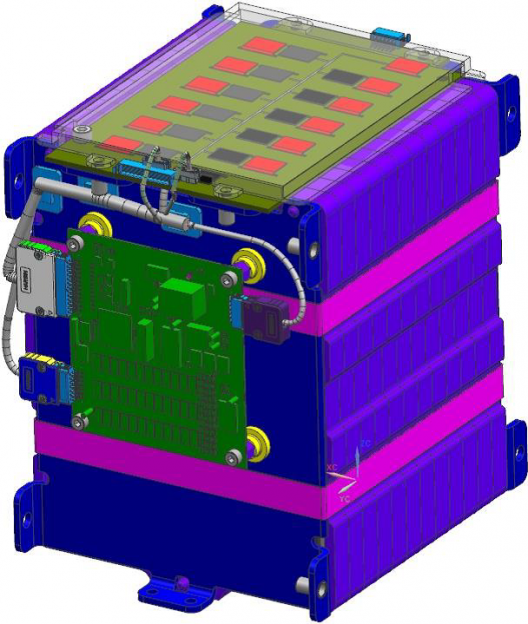 In Faradion’s PowerPoint presentation on Na-ion batteries, lithium forms about 0.005 percent of the earth’s crust, while sodium constitutes about 2.6 percent (the sixth most abundant element – even though it never appears naturally as an element), and can be produced from simple drying of seawater (Lewis and Clark left a drying cairn in Seaside, Oregon where they produced salt for their animals and themselves). Because of this relative availability, a carbonate form of lithium costs about $7,000 per ton, while an equivalent weight of sodium carbonate costs less than $200.  But, sodium has an ionic radius about 1/3 bigger than that of lithium, and because of that size cannot use inexpensive graphite as an anode in Na-ion batteries.  Even with that limitation, material costs end up being lower overall.

Again, the manufacturing end retains all the techniques used in lithium batteries.  Best Magazine reports, “’If someone wanted to convert a line to sodium‑ion there is literally nothing that needs to be changed apart from the materials used,’ says Chief Technology Officer Jerry Barker. ‘The technicians running the line wouldn’t notice any difference.

“’We double‑side coat the anode and cathode; layer the materials step‑by‑step with a separator, we electrolyte‑fill for the porosity in the electrodes and separator; there are two or three formation cycles; we degas; then we make the final seal.

“’We could jelly‑roll for 18650 cells or use a Z‑fold arrangement of a continuous layer of separator instead of individual stacks with a square separator, but whichever process we would choose it is exactly the same process as for lithium‑ion.’”  This ability to use existing process lines is similar to the use of existing semiconductor chip manufacturing lines by Sakti 3, and will enable quick startups and technology transfer.  The same techniques used in their NaCl batteries will work with improved lithium iron phosphate (LiFePO4) batteries, for which Faradion has also developed chemistries.  Their manufacturing techniques will lower costs for these cells, according to the company.  Lower prices will come from the lower costs of primary materials, and the ability to use existing facilities with little or no modification. 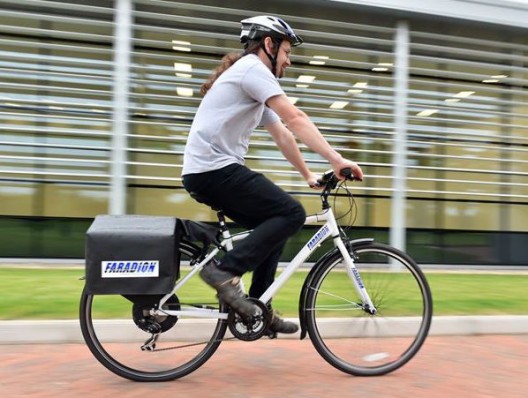 Getting into a market, though, presents some difficulties.  The firm explains that entry into the automotive market might be slowed by problems of obtaining licenses and clearing regulatory hurdles, so it’s looking at starting in cargo e-bicycle power packs, and domestic solar energy storage for homes and communities.

With a readily available non-volatile material, Na-ion batteries seem to have a future in battery development.  The leaders at Faradion think they can reach energy densities that would make their batteries attractive to EV developers.  We wish them luck.