Confusion surrounded the takeoff of Solar Impulse 2 from Nagoya, Japan in Sunday’s early hours, with some news reports showing that the airplane had departed, but the project’s web site silent.  That was cleared up over nine hours into the flight, with revelations that Andre’ Borschberg and the control center in Monaco had spent hours resolving issues with the aircraft’s systems and determining that the flight would continue.  They did this without the press of the press adding to the tension. 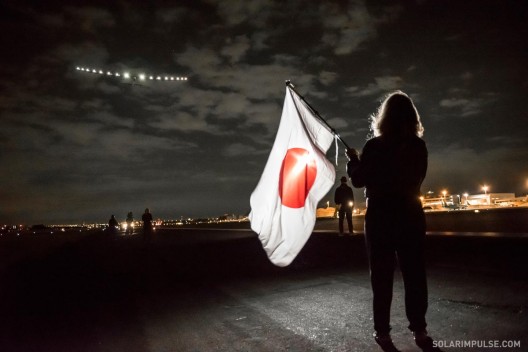 The team made crucial decisions regarding safety and system reliability and made the big choice to continue on the five day, five night voyage.  Weather conditions over the 8,340 kilometer (5,170 mile) course remain promising and motors, batteries and all systems seem to be operating flawlessly.  With sunrise within four hours of this writing, batteries should be able to sustain flight until Borschberg and the giant airplane meet the sun well out over the Pacific. 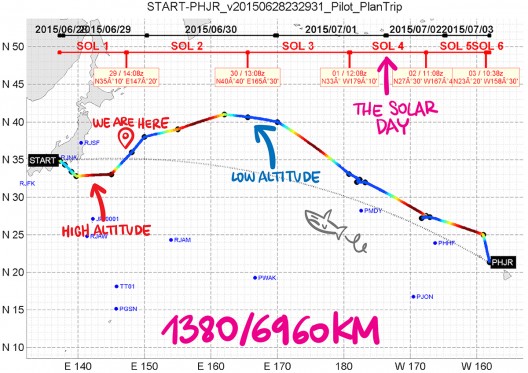 We’ll continue with best wishes for the safety of the epic flight.  With a current ground speed of 10 knots (11.5 mph), the airplane could probably use a providential tailwind to expedite the passage.