Three major automobile and motorcycle races are adapting electric or hybrid power, and seeing winners in all categories.   The three take place in the month of June every year, making the month a showtime for innovation and a demonstration of incredible driving skills.

Perhaps the most dangerous of all events, the Isle of Man Tourist Trophy motorcycle race covers 37 miles on public roads running through countryside and villages.  Over 200 riders have been killed on the course since the first race in 1910.  This doesn’t discourage over 100 riders from qualifying every year and hitting top speeds near 200 mph.  The winning gasoline-powered superbike this year averaged 128.749 during its six laps around the island.

By comparison the winning electric bikes in the TT Zero race do only one lap around the course, limited by the current state of battery development.  This year’s winner, John McGuinness riding a Honda/Mugen electric, averaged 119.279 mph, edging into superbike territory.  A few more years, and doubtless electric and gasoline superbikes will be competing for the whole six laps.  A mere minute and 10 seconds separated the first-place and sixth-place finishers in the TT Zero event. 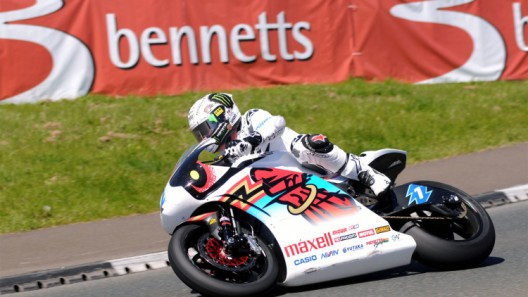 Le Mans has been dominated by Audi with its superb Diesel/electric hybrid LMP1 (Le Mans Prototype 1) racers for the last several years.  Porsche surprised them by achieving a one-two finish this year – also with hybrid racers, followed by Toyota with its own hybrids.  This is not your grandfather’s Prius, though.  LMP1 means Le Mans Prototype 1, the all-out extreme race car for this event.  Porsche used a 2.0-liter V-4, while Audi had a 4.0-liter Diesel engine in its machines.  Results showed a hybrid sweep. 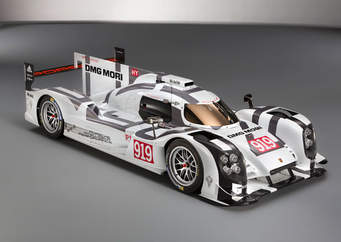 Racecar Engineering reports on Porsche’s layout, which has two turbines in the exhaust system. “…the first is part of a conventional turbo-charger layout in that it is linked to a compressor but the second turbine, which is sat alongside the first is only linked to an electric motor (GU-H), and not to a compressor or the other turbine. This layout allows the Porsche to recover energy at all times the engine is running, the only LMP1 design currently able to do this, all others are only able to recover energy under braking. Energy from both the MGU-K and the GU-H is stored in a battery provided exclusively to Porsche by A123.”

Audi includes a flywheel in its hybrid system, like other such units pulling its energy from braking.  Toyota used a V-8 engine and a supercapacitor energy storage system with otherwise fairly conventional KERS type energy recovery – again, mostly from braking.

Because of this, Dr. Seeley cautions, such energy recovery systems don’t necessarily work well with airplanes, although Pipistrel regains an extra trip around the field from about an hour’s worth of touch-and-goes in its Alpha Electro – it takes a special propeller and a steep descent to regenerate energy.

Pikes Peak was won this year by a pure electric racer for the first time.  The Drive e0 car didn’t quite make its goal time of under nine minutes, but it did use its six motors to good advantage.  Rhys Millen took the six-YASA-motor vehicle up the Peak in style, driving the first electric competitor to win the event outright.  The motors put out a total of 1,020 kilowatts (1,367 horsepower) and a fairly staggering 2,160 Newton-meters (1,593 foot-pounds) of torque.

Both cars had battery packs just big enough to last the fewer than 10 minutes necessary to top the hill – a purposely designed consideration for such missions.

What makes these events of interest is the competition-driven development and necessarily flawless execution.  Light weight, high power and torque contribute to winning these events, factors we want in our future electric airplanes.  Competition does improve the breed.