The Club d’Ultra Léger d’Alsace is a group of French enthusiasts in Strasbourg, on the German border about halfway between Luxembourg and Switzerland. They have been building ultralight aircraft since 1983, tackling technological innovations such as carbon fiber leading edges, motorization, electrification, and now solar power. They were the first to motorize a Swift, and with one of their craft electrically powered, mounted strips of photovoltaic cells to the upper wing surface.  Finding that worked to boost battery duration, the group went on to mount 6.1 square meters of solar cells on an Alpaero Exelec, an ultralight self-launching sailplane. 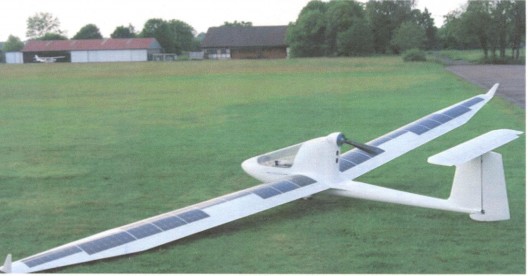 Sunexelec soaking up some rays before taking flight

After making 60 flights on battery power between May and April of this year, the group installed the solar cells on the wings, flying 18 times on solar assist between May 21 and July 20. These included eight launches in which the solar cells recharged the airplane’s LiFePO4 batteries during the flight, making the possibility of endless cross-country flight a realizable goal. Club members documented an average power of 1,000 Watts from the solar array, giving a recharge current of 15 Amps.

This could be the least expensive solar-powered airplane in the world, with the base airplane selling for about 25,000 euros ($31,000), and the electric motor, controller and 40 Amp-hour batteries adding approximately 10,000 euros ($12,400). Note that these are estimates based on recent price lists. Thin film solar cells are dropping in cost, with Flexible Energy Inc. forecasting manufacturing prices of $1.00 per square foot soon. That would make the 66 square feet of solar cells on Sunexelec a real bargain, although one can count on spending more at today’s rates. 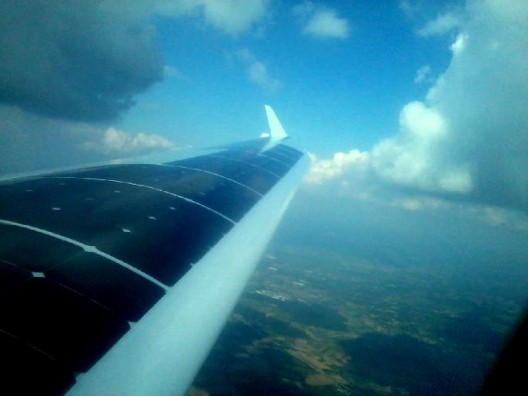 A self-launching, self-recharging sailplane for under $50,000 is an inexpensive way to go flying, though. As battery weights and costs decrease and solar cells become a commodity item, we will see more ultralight and light sailplanes being converted, since the prospect of truly free flight will appeal to many.