With the upcoming Sustainable Aviation Symposium (May 6-7, 2016) already packed with stellar presenters, we are excited to have Tomas Brødreskift join the faculty.  An industrial designer whose skills in product and process design, project management, ergonomics, and visual and CAD design have led and enabled him to bring his amphibious Equator P2 Xcursion to life will share his expertise and experiences with attendees at the Sofitel San Francisco Bay.

Tomas’ demonstrated skills in designing everything from Hardrocx mountain bikes to an array of consumer goods have helped prepare him to guide the Xcursion from concept to final product.  Since he has overseen every step of the design/build process, the airplane is a reflection of its unique specification and its designer’s attention to detail. 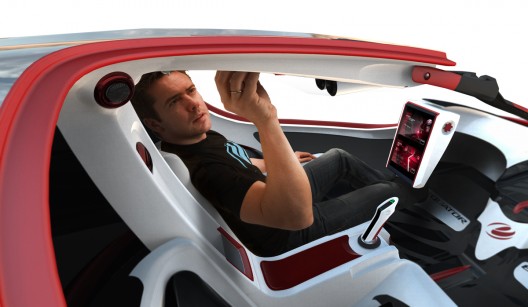 Xcursion cockpit shows roomy and uncluttered look that bodes well for simplified pilot workload.  Because Tomas is building the prototype, the original concept and its goals have been realized

The Equator web site explains, “The P2 was designed from the ground up to be a highly practical aircraft. It is made for 2 people initially (with a future option for 4 seats) with focus on comfort Therefore the cabin is much larger than what is common in light aviation sporting a 1.50m wide cockpit. ”  Starting  as a diploma project at the Design faculty at Oslo school of Architecture and Design (AHO) in the beginning of 2010, the P2 became a long-term practical exercise in detail design and execution.

Its hybrid power system using a bio-fuel charged generator that feeds an electric motor on the vertical tail shows a way to obtain long range while using less fuel.  This kind of carry-through from design to product is rare.  Think of the “concept cars” one sees at automobile shows.  Five years later, the manufacturer might produce a more pedestrian version of the vision exhibited, lacking the flair and exciting technology promised at the show.  This happens because management, marketing and accountants get involved.

Tomas has a cooperative helping build the craft, and is able to adhere to the original concept as far as practicality allows.  The reality seems to be as beautiful as the concept with which he started.  It will be exciting to hear him share his vision and the manner in which he has achieved its realization.