The Engineer, a British publication, reports on a turbocharger for fuel cells.  Because a fuel cell is a cross between a combustion engine and an electric motor, the concept of pushing extra air through the fuel cell to increase power is similar to that of turbocharging a regular two- or four-stroke engine.  The publication says this could double the output of a hydrogen fuel cell.

Like other combustion engines, a fuel cell can be limited by the airflow entering, that supply limiting their ability to release positively-charged hydrogen ions.

Bryn Richards, CEO of Aeristech, explains, “Our proprietary high speed motor and control technology allows us to deliver air at a much higher pressure [than existing systems].  No other motor control arrangement is able to deliver at this pressure with such a high efficiency.” 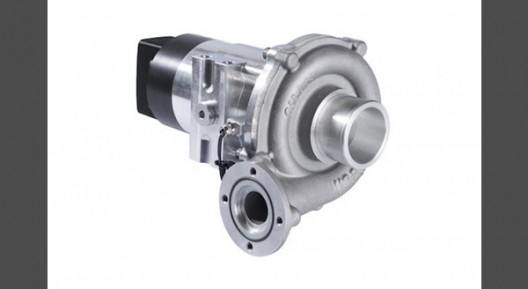 Without a lot of detailed information from Aeristech, The Engineer suggests the system uses a “sophisticated control system capable of maintaining a very consisten torque output.  This allows the motor “to be powered directly by the fuel cell without the use of an intermediate voltage regulator,” and to “cut the mass of the complete motor, compressor and control unit package by as much as 70 per cent.”

Hydrogen’s high energy density, conversely, enables those same continuous high levels.  Stored as a liquid fuel, the hydrogen combines with the oxygen in the air to combust.  Aeristech claims their controlled air compressors “can deliver a constant air pressure regardless of changes in air flow or variation in input voltage, allowing them to be powered directly by the fuel cell without intermediate voltage regulation.” 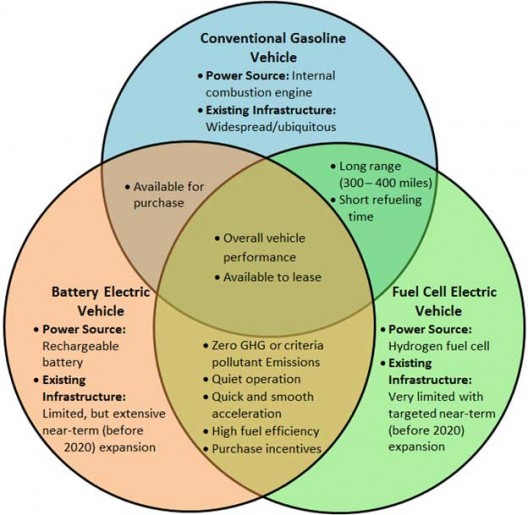 They claim their 20 kilowatt air compressor has a performance map and 400-Volt control architecture for a fuel cell powered vehicle, and is able to supply such compressors “for testing and demonstration purposes,” being uniquely suited for such applications.  The motor maintains constant torque and air pressure regardless of volume or variation in voltage drawn in directly from the fuel cell.

Results from a 10kW Aeristech Fuel Cell Compressor currently under test on fuel cell stacks should be available for review by the end of the year.  In 2011 Aeristech was one of 14 UK companies funded by Innovate UK to study the development and feasibility of low-carbon vehicle technology.

In 2011 Aeristech was one of 14 companies funded by Innovate UK to carry out feasibility studies into the development of disruptive low-carbon vehicle technology, resulting in the 10 kW compressor now under test.

With seemingly every major automobile company advancing development of fuel-cell cars, doubling their performance would undoubtedly be of great interest to makers and consumers, and even more so to potential aircraft designers.  Clean air and longer range possible with current batteries would be highly desirable.