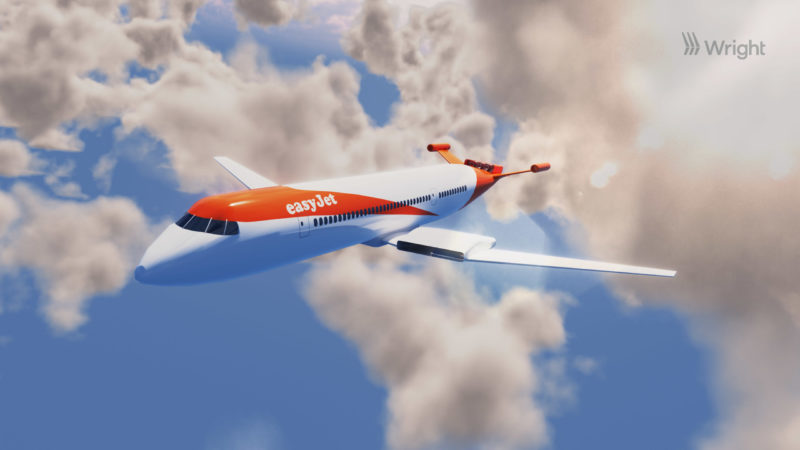 If, as the infamous cartoon in the New Yorker proclaimed, “Money is life’s report card,” Jeff Engler’s Wright Electric got a least a B+ for its current semester.  While not as flush with cash as firms like Joby Aviation, eHang, or Volocopter, Wright received significant recognition for its initiative in designing high-efficiency electric motors with a high-frequency inverter and “an aggressive cooling strategy.”  The $647,039 ARPA-E grant will further Wright’s work on the ARPA-E ASCEND Project.

ASCEND stands for Aviation-class Synergistically Cooled Electric-motors with iNtegrated Drives, a sure-fire Scrabble winner and pretty tortuous acronym. Phase one of the project takes the team through the detailed design and subcomponent testing for the system.  Phase two will see Wright build and demonstrate the system.

Only a startup in 2017, Wright Electric has managed to partner with easyJet, a European budget airline, to develop a 186-seat electric aircraft called Wright 1.  With others in startup mode flying six and ten-passenger aircraft and looking forward to 19-seaters, Wright’s plans are ambitious indeed.  To help create their hybrid electric aircraft solution they also partnered with Airbus, hoping to reach power densities beyond 12 kilowatts (16 horsepower) per kilogram.  GreenCarCongress offers the comparison of current jet fuel-burning turbine engines that achieve approximately 6-9 kW/kg.

GreenCar Congress adds that, “The innovations across the electric propulsion system will aid the development of aircraft flying entirely on electric power. Single-aisle and twin-aisle aircraft that carry 100 or more passengers account for more than 90 percent of global emissions from commercial aircraft.”

That is very much the market in which EasyJet is involved and fits very well with their plans with Wright “to develop an all electric aircraft program as part of a shared goal to decarbonize aviation.”.

David Morgan, Director of Flight Operations for easyJet commented: “We are excited to see this news as funding is going to be so crucial in unlocking the potential of new technologies so this marks another step on their journey to developing their all electric aircraft.

“easyJet remains absolutely committed to more sustainable flying and we know that technology is where the answer lies for the industry. We are committed to collaborating on the development of these new technologies – as demonstrated by our support of Wright Electric – with the aim of being an early adopter when they come to market.”

Jeff Engler, CEO of Wright Electric said, “We could not be more happy to collaborate with the experts at ARPA-E on the future of aircraft design. Since 2016, Wright Electric have pioneered efforts to advance aerodynamics and propulsion technologies and we remain focused on our ultimate goal to produce a fleet of zero-emissions commercial airplanes.”

The Centre for Aviation reports, “Since last November, easyJet is the first major airline to operate carbon neutral flights across its whole network. The airline is achieving this goal by offsetting the carbon emissions from the fuel used for all of its flights. The airline sees this as an interim measure until new technology becomes available to decarbonize aviation. In the meantime, easyJet remains focused on operating its fleet as efficiently as possible using modern, fuel efficient engines which are quieter and burn less fuel. Since 2000 easyJet has reduced the carbon emissions for each kilometer flown by a passenger by over one-third (33.67 percent) and has a target to reach a 38-percent reduction by 2022.”

(You will notice variations in the Wright 1’s configuration over the last few years.  The lead image in this entry shows the most current.)