Kickstarter, an online crowd funding platform, helped John McGinnis work toward the completion of his ambitious and aerodynamically advanced Synergy.  Another innovator and pioneer in solar-powered aviation has enlisted the aid of Kickstarter for a superb project and a great adventure. 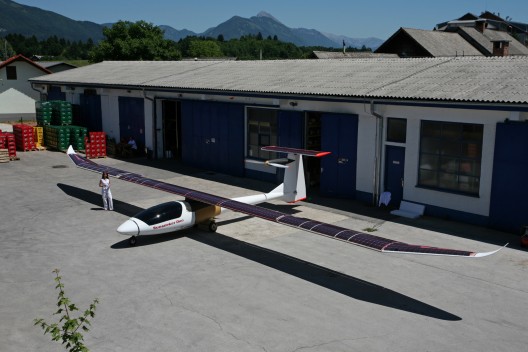 Irena Raymond with Sunseeker Duo. You can help complete this airplane

Eric Raymond flew across the United States in 21 solar-charged hops in 1990, making a trek from San Diego, California to Kitty Hawk, North Carolina, navigating and soaring with his Sunseeker. Nearly two decades later, he took Sunseeker II from Germany to Italy, conquering the Alps and fulfilling a life-long dream to top the Matterhorn. Since then, he’s also flown the University of Stuttgart’s e-Genius to second place in the Green Flight Challenge last September, co-piloting with Klaus Ohlmann, another experienced solar pilot and record holder. 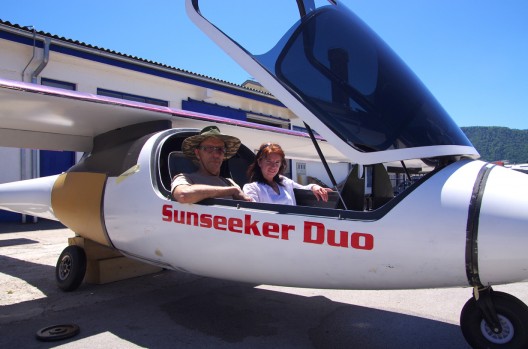 Eric and Irena in the cockpit of the Duo. Note sliding windows which allow aerial photography without all those reflections

Eric’s third Sunseeker – the Duo – will also be the world’s first two-seat solar-powered craft. With support from Stemme, Allstar Gliders in Poland, the University of Stuttgart and SunPower solar cells, he’s completed principal construction of the airframe, and wants to bring the airplane to America for finishing touches and certification in the Experimental Category.

He and his wife Irena need financial assistance to complete the “the all-important electronics. motor controller, battery management system, solar peak power trackers, and the cockpit displays.” They plan “an extensive test flight program before carrying any passengers, so we need some time and money for that stage of the project, when we find out how well it really performs in the real World.” 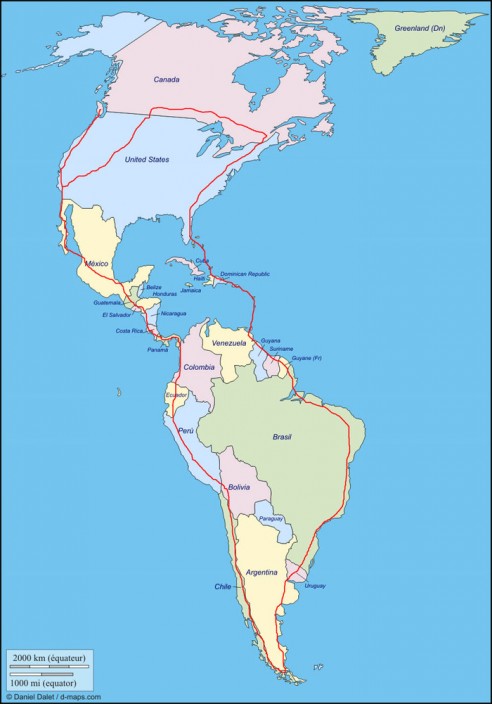 If the Duo lives up to expectations, Eric and Irena will tour the Americas with a documentary camera crew following their progress. This would be a reality show worthy of the name and a travelogue that would combine adventure, science and geography in a compelling way. They also plan on creating a book, that with their combined photographic skills and talent should be a magnificent coffee table offering. See the Sunseeker web site for examples of Eric’s great photography. 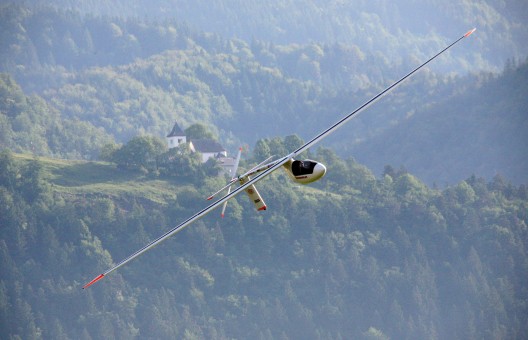 As with most Kickstarter projects, Eric is offering incentives to help you decide to help him. Any contribution from $5 or more will garner a listing on the Solar Flight web site’s supporters’ page. $50 or more gets the donor an autographed A4-size photograph of the Duo, and larger contributions gain more rewards – up to a flight in the Duo with Eric after all flight tests are completed, including a Go-Pro video of the donor’s time aloft in a solar-powered plane. Only one thing tops this, a wing section from Sunseeker I. Limited to 25 such offers (there’s only so much wing to give away), this true collector’s item will set back a donor $10,000 – a bargain considering the historic nature of the piece.

Such things are a matter of helping to make history though, and transcend personal gain. This author has noted before that his token donation to Jeanna Yeager and Dick Rutan’s epic Voyager flight was a matter of great pride, and the autographed photo of the airplane commands a place of respect in his home. There is much to be said for knowing that you have helped create a new direction for the future of your country and world.  You have until Sunday November 11, 10:11am EST to help make a difference.