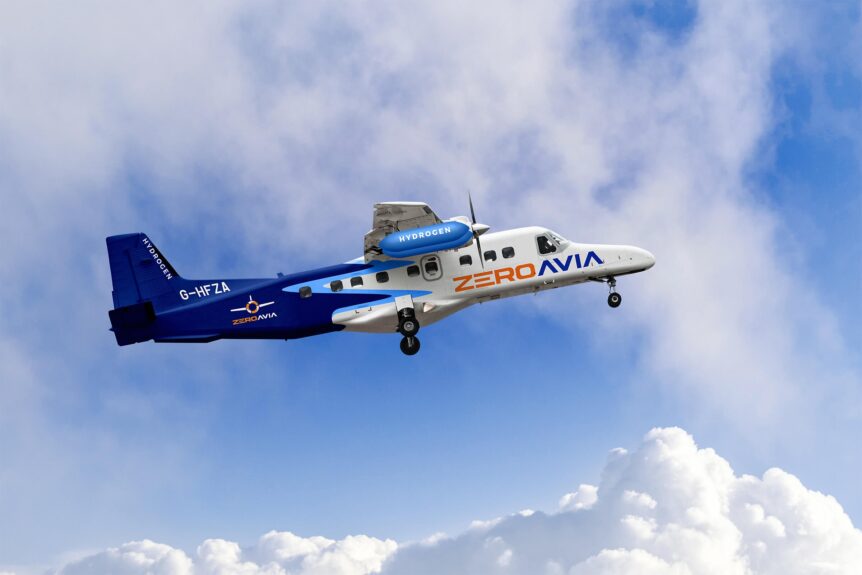 Stephen Bridgewater made a quick announcement on ZeroAvia’s Twitter feed Thursday January 19 about a Dornier 228 that flew with a hydrogen-powered motor on its left wing.  ZeroAvia continues making the largest-yet H2 flights.

ZeroAvia’s 19-seat Do228 flew today (from Kemble) at 13.35 UK time. It’s the largest hydrogen-electric powered aircraft yet to fly (hydrogen-electric engine on left wing and Honeywell TPE-331 on the right). 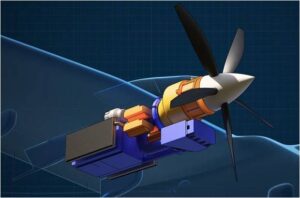 This comes a year after the firm started modifications to the twin-engine Dornier aircraft in both England and California, and a little over two years since it flew a Piper Malibu first on batteries, and then hydrogen.  Despite a crash landing that ended the Cranfield, England-based Malibu, ZeroAvia has stuck to its ambitious schedule.  Another Piper Malibu continued testing at Hollister, California, part of the company’s efforts toward achieving both English and American certification.

Performing engine tests early last years and following up with taxi tests at increasing speeds, ZeroAvia made a 10-minute airport circuit January 19.  Flying from Cotswold Airport in Gloustershire, UK, the DO228 was powered by a Honeywell TPE-331 turboprop engine on its right wing and an electric motor driven by two hydrogen fuel cells on its left. Amplifying that, ZeroAvia’s mission, “A hydrogen-electric engine in every aircraft.”  ZeroAvia appears on the verge of fulfilling that mission.