John Langford, CEO of Aurora Flight Sciences, has been demonstrating autonomous aircraft for years – a fact he has shared with Electric Aircraft Symposium audiences several times.  This year he gave a brief history of Aurora, starting with the Sunlight Eagle, an adaptation of the Michelob Light Eagle, a human-powered aircraft that preceded the most successful long-distance flight by an HPA – the Daedalus with a 76-mile trip over the Mediterranean.

The 2009 craft was originally powered with bicycle-like pedals and still holds four world records for human-powered flight. For its two test flights at Las Cruces International Airport, the pedals were replaced with solar panels, an electric motor, a high-performance battery, and a flight control system.  Even with all the add-ons, the 114-foot span airplane weighed a mere 173 pounds. 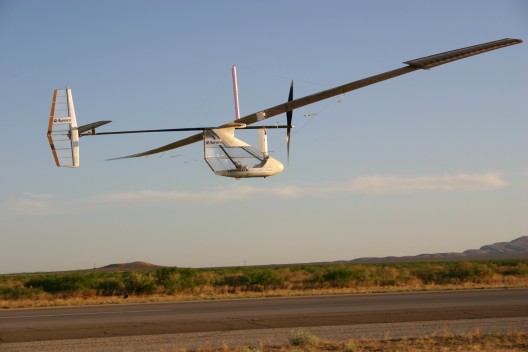 Aurora has covered all the aerial bases, designing a concept for a 200-meter wingspan segmented flying wing that can fold itself to capture the sun’s rays at best angles, especially at low latitudes.  It could stay aloft for up to five years. 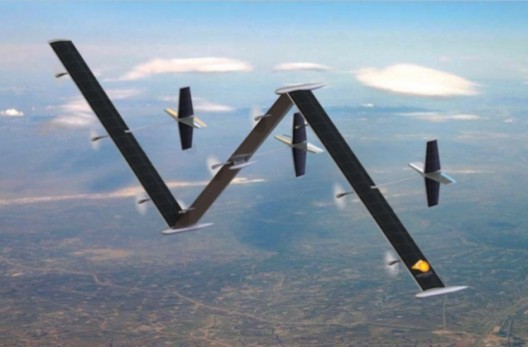 Aurora has fielded two record-achieving aircraft – one in the medium altitude, long endurance (MALE) category, and another in the light twin category.

Their Orion, claimed by Langford to be the first practical multi-day endurance aircraft, received official recognition for its 80-hour, two-minute and 52-second flight last December, eclipsing the 30-hour Global Hawk record from 2001.  The Fédération Aéronautique Internationale (FAI) made it official on July 1, followed by the National Aeronautic Association (NAA), which also recognized the flight as one of the most memorable aviation milestones of 2014.

According to Langford, the Orion can carry 1,000 pounds of sensors and communications systems, making it highly useful for civilian or military assignments that require persistence and a low cost per flying hour.

In an Aviation Week Network article, Langford is quoted saying, ““It is all about bringing down the cost of persistent surveillance or communications through aircraft efficiency, low acquisition cost, and reducing the cost of training and of staying proficient.  “

In competition with other UAVs funded as part of a long-term Air Force program, Langford says Orion received four percent of the funding and did 84 percent of the flying.

Closer to Sky Taxi territory, Aurora’s Centaur is an “optionally piloted twin-engine, diesel-powered aircraft using triple-redundant flight controls also used on the Orion.  It flew the first autonomous takeoff and landing earlier this year.  If a pilot is in the cockpit, it flies under existing rules.

Aviation Week reports on this success: “Aurora Flight Sciences is raising the stakes in airborne intelligence surveillance reconnaissance (ISR) platforms by lowering costs and increasing operational flexibility. The Manassas-based company’s $4.5-million Centaur OPA, short for Optionally Piloted Aircraft, can perform most of the ISR missions of the $8.3 million Hawker Beechcraft King Air 350ER C-12W or $3 million General Atomics RQ-1 Predator, among other piloted or unpiloted ISR aircraft. The first customer is Armasuisse, the Swiss defense department’s procurement agency. Based at Emmen, the aircraft will be used as a flying testbed to evaluate the integration of unmanned aircraft into the Swiss national airspace system.”

In America, “the FAA limits large unmanned planes to special military or civilian test zones. But the popularity of drones and other remote-controlled aircraft is prompting officials to write new regulations for this kind of emerging technology,” reports Unmanned-Aerial.com.

When the new rules allowing autonomy are finalized, Langford is ready.  “’I’m a huge believer that the unmanned airplane revolution will make aviation safer for everybody,’ he told CNN. ‘That isn’t to say there won’t be accidents, but the overall level of safety will go up as the robotic stuff is introduced.’”

“‘Our proven, long-endurance, medium-altitude platforms are ready for action, whether deployed by the military for ISR missions, or in the skies meeting the needs of a wide range of other security, scientific or commercial applications,’ he adds.”