Lithium, a highly reactive metal, will fire off its electrons in a fizzy display if placed in water.  As one source explains, “The lithium-water reaction at normal temperatures is brisk but not violent.” 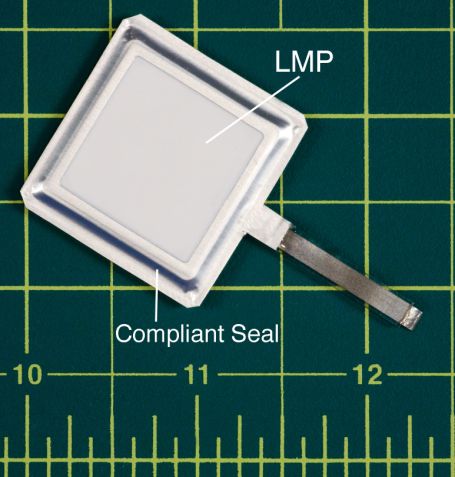 It comes as a surprise then that one lithium battery manufacturer, PolyPlus Battery Company, insists on putting its lithium battery electrodes in H2O.  The firm makes both lithium/air and lithium/water batteries, holds over 72 patents on its intellectual property and has recently earned, along with its partner Corning, an ARPA-E (Advanced Research Project Agency – ENERGY) grant of nearly $5 million.  It also made Time magazine’s list of the “50 Best Inventions of 2011.”   It will be presented as a finalist in the Edison Awards dinner in New York City on April 26 for the Best New Product prize.

Even more surprising are their performance claims, which Bruce Katz, Manager of Intellectual Property for the company, made at last April’s Electric Aircraft Symposium in Santa Rosa, California.  The potential energy density for lithium/air batteries is around 10,000 Watt-hours per kilogram, an incentive to research those elements in energy storage.  His videos of PolyPlus’ batteries lighting LEDs under water were fascinating. 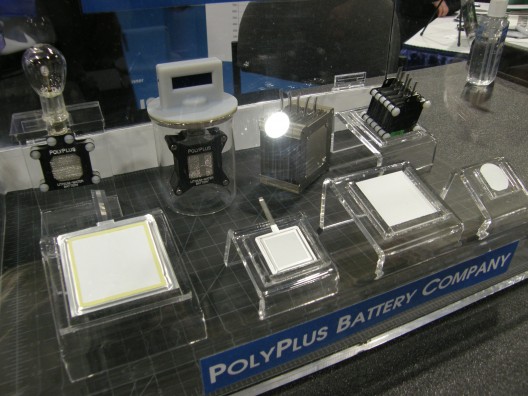 PolyPlus’ unique battery with a PLE (protected lithium electrode) and compliant seal has already demonstrated 700 Wh/kg in a 2 Amp-hour cell.  The solid electrolyte membrane that encapsulates the electrodes “is highly conductive to lithium ions, but impervious to liquids and gases,” according to PolyPlus.

Dunked in seawater, the lithium/water battery, although only a primary (non-rechargeable) unit, can run hundreds of hours, feeding off the reaction between the electrode and water until the lithium is depleted.  The discharge curve is flat until the end of the batteries ability to discharge current.  A PolyPlus 12.8 Amp-hour, 36 Watt-hour battery demonstrated this, earning a world record in November, 2009 by demonstrating an energy density of 1,300 Wh/kg and a power density of 700 Wh/liter.

Although they are primary cells, their longevity makes sense for powering underwater sensors or devices for naval surveillance or underwater warfare.

ARPA-E’s fact sheet on these batteries is instructive and gives insight into why the government is interested in seeing these new concepts help in the struggle to gain energy security.