Another eVTOL?  Among the many battery- and solar-powered entries at this year’s (virtual) Consumer Electronics Show, Archer Aviation has entered the electric Vertical Takeoff and Landing (EVTOL) market with Fiat Chrysler backing.  It’s being discreet about it, however, and reveals little detail.

The company willingly shares its mission statement, though.  “To fix traffic and create a fully renewable transportation solution, we’re designing, manufacturing, and operating advanced electric aircraft that can travel 60 miles at 150 mph, all with today’s technology.”

They present only one picture of their design, a head-on shot on a black backdrop.  We can see the six large rotors blanketing the leading edge of the wing, but wonder how and where the six vertical lift rotors are hiding.

(Archer’s wording on “eliminating critical parts” might be reconsidered.  Do they mean eliminating unnecessary parts?) 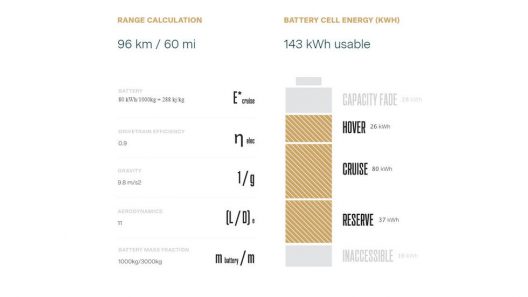 Fiat Chrysler America (FCA) has announced it is investing in Archer.  The partnership should allow Archer to press forward with its plans to have an 80-percent scale test vehicle flying in 2021.  AINonline.com reports, “In a January 12 announcement, FCA, which makes Chrysler, Dodge, Jeep, and Ram vehicles, did not say whether it will actually manufacture Archer’s aircraft. ‘Archer will benefit from FCA’s low-cost supply chain and advanced composite material capability, and design and engineering expertise,”

“A spokesman for Archer told AIN. ‘We have already tapped into FCA’s extensive design expertise, collaborating with the company on elements of the cockpit design of our first full-scale aircraft.’ 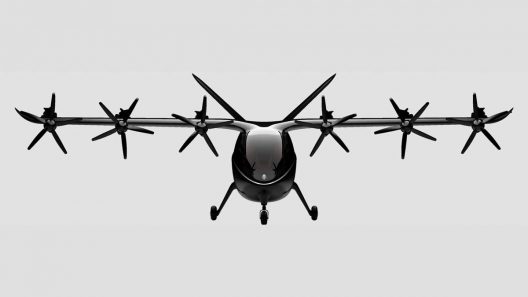 Benefitting from expertise of Airbus’s A3 Vahana program engineers and designers, co-founders and co-CEOs Brett Adcock and Adam Goldstein have been accused of “poaching” other talent in the area.  The former “headhunters,” having come from the financial talent recruiting firm they built and sold, know how to attract skilled employees.  According to Forbes, the pair, “Have lured dozens of top engineers away from electric air taxi startups like Joby and Boeing-backed Wisk with rich compensation packages that include signing bonuses of two to three times annual salary and talk of connections to deep-pocketed investors.”

One with particularly deep pockets sees a future in the company.  Marc Lore, Walmart’s e-commerce chief and founder of Jet.com, has apparently invested a substantial but undisclosed amount.  (Emulating much of the rest of the program.)

Piper Aircraft’s Archer has been around since 1976, giving it seniority in the flying world.  It’s understandable then that Piper would sue this new, upstart company for infringing on its federally-registered trademark name.  AIN reports, “In a case filed in the U.S. District Court in Delaware, where California-based Archer was incorporated, Piper alleges that the use of the name for the four-seat, fixed-wing eVTOL infringes its federally-registered trademark and also its legal rights in the state of Florida, where the longstanding general aviation manufacturer is headquartered.”

Archer has yet to name its eVTOL craft, and we hope this kerfuffle over naming rights abates in time for the first flight later this year.