We’re often told that we use only a small part of our brains – easily demonstrated in your editor’s case.  What if we’re only using a small part of the battery power that’s available to us?  Fixing that would lead to smaller batteries working more efficiently, a significant step toward lighter power packages.

Hybridcars.com shares this kind of thinking in two recent postings, the first about a $4 million contract beween  PARC, a Xerox company, its partner LG Chem Power and the U. S. Department of Energy’s Advanced Research Projects Agency Energy (ARPA-E) as part of the Advanced Management and Protection of Energy Storage Devices (AMPED) program. 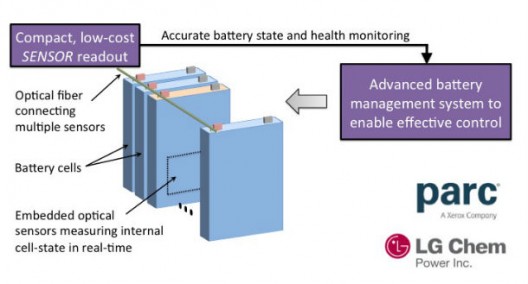 According to hybridcars’ Philippe Crowe, the partners will,  “Develop a fiber optic monitoring system capable of providing detailed information about the internal condition of batteries. The end goal is to allow batteries to perform better in applications such as electric vehicles (EVs).

This smart system will perform on-the-job training, learning the optimized paths for electrons in a battery pack as collected by its “compact wavelength-shift detection technology and machine learning/sensor network,” and which will, “ enable effective real-time performance management and optimized battery design.”

This smart battery management system (BMS) will monitor what’s going on inside the battery pack and infer the remaining charge, cell state and health, and predict remaining battery life.  Rob McHenry, PARC’s Energy Technology program manager, explains that since component material in batteries prevent internal monitoring, we must examine battery state from outside measurements.  Because of this second-level monitoring, we make batteries bigger than they need to be for given applications to ensure reliability and safety.

The ARPA-E funded project will integrate “hair-thin optical fibers into battery cells and pack,” an output measuring unit, and algorithms to interpret the signals and control the battery pack.  ARPA-E Program Director Ilan Gur hopes the project will, “allow us to unlock enormous untapped potential in the performance, safety, and lifetime of today’s commercial battery systems.”

Researchers at the Jacobs School of Engineering at UC San Diego have developed algorithms with similar aims, to help lithium-ion batteries run more efficiently, reduce their cost by 25 percent, and cut charging times in half, as low as 15 minutes in one case, although the report did not indicate pack size.

Professor Miroslav Krstic and UC President’s Postdoctoral Fellow Scott Moura in the Department of Mechanical and Aerospace Engineering at the Jacobs School gleaned a $460,000 ARPA-E grant, part of a $9.6 million grant shared with Bosch and battery maker Cobasys.

Krstic told Hybridcars.com, “This research is bringing the promise that, with advanced estimation algorithms that are based on mathematical models, batteries can be charged faster and can run more powerful electric motors.”

As with the PARC/LG research, Krstic and Moura are taking a unique approach to making lithium-ion batteries more effective. Instead of monitoring voltage and current, they have designed sophisticated algorithms that can estimate what is physically going on inside the lithium-ion battery.

“We have the unique ability to address the difficulties in estimating the battery’s state of charge heads-on, at the electrochemical level,” said Krstic, noting the “crude measures” used to monitor battery performance currently.

Such crudeness leads to heavy, inefficient, expensive vehicles, and is partly to blame for Toyota cancelling mass production of their eQ electric car.  Reuters reports that Takeshi Uchiyamada, Toyota’s vice chairman and the engineer who oversees vehicle development, told reporters on Monday that, “The current capabilities of electric vehicles do not meet society’s needs, whether it may be the distance the cars can run, or the costs, or how it takes a long time to charge,” said, Uchiyamada, who spearheaded Toyota’s development of the Prius hybrid in the 1990s.”

Krstic and Moura’s approach to tackling these inadequacies is to monitor ion movement within the anode. Such movement from the anode to the cathode power devices connected to the battery.   Moura likens that movement to patrons moving into a theater and filling the available seats.  Measurements now are like the usher collecting tickets, but not being able to tell which seats the patrons will take. 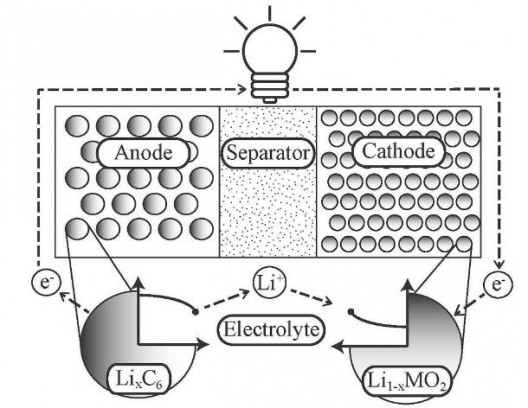 Krstic and Moura’s algorithms, “Allow researchers to estimate where the particles are. So the movie theater can now be filled to capacity safety and efficiently. The model can also estimate how the health of the battery evolves over time – the equivalent of which seats are breaking down in the theater and need to be fixed or replaced.”

The grant will allow researchers to refine the algorithms and to test them on actual batteries on test beds developed by Bosch and Cobasys. They will estimate the charge distribution within the battery. Then they will estimate its state of health. Finally researchers will devise a strategy to find optimal rates of charging and discharging batteries.

The researchers will test their models on real EVs, gaining confidence that their algorithms will enable “filling the seats in the theater” in the most efficient way, and without causing damage that overcharging or overdriving the battery would cause.

Both teams are taking a software approach to a hardware problem, but that promises being able to use existing battery technology in a more efficient, safer and long-lived way.