Even to the casual observer, interest in electric flight is growing.  Major news outlets followed Solar Impulse, especially as it began its journey from Japan to Hawaii.  The fluster of cross-English-Channel attempts combined daring and rivalries – great for a public appetite voracious for sensation.  With big companies investing significant sums in the new technology, and with demonstrated efficiency of small craft that won 2011’s Green Flight Challenge, designers can’t help but respond to the ongoing challenge.

James Wiebe, founder and owner of Belite Aircraft, has a response that will be welcomed by aviators who might not be able to fly because of their budget.  He’s introduced the SkyDock low-wing ultralight at Oshkosh’s AirVenture 2015 this week at an introductory price of $3,995 for the basic kit.  Basic means no wheels, tires, cables, brakes, fabric, paint, glue or instruments.  Wiebe explains on his Facebook page, “We plan to have an option package for most of that stuff. It’s all off the shelf stuff from other vendors (so you can buy it without us marking it up, if you want.” 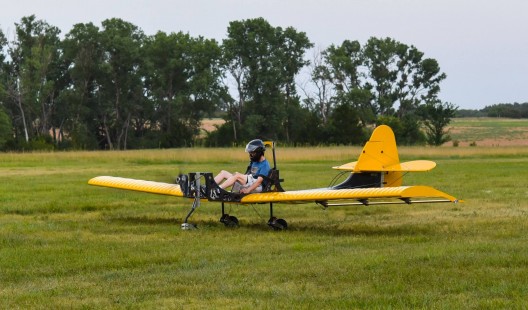 He takes questions on Facebook, and gives at least one surprising answer.  “I selected an electric motor for a couple of reasons: there’s been a lot of electric airplane talk in the news, so the timing was right from a market perspective. I already owned the motors and controller. (I have a nice collection of electric motors.) The use of electric would draw attention to this new design (which can fly quite nicely on gas as well).”  Happy is the man with more than one electric motor in his shop.  The Lynch-type motor currently installed is a brushed unit, not quite as efficient as brushless motors also available. 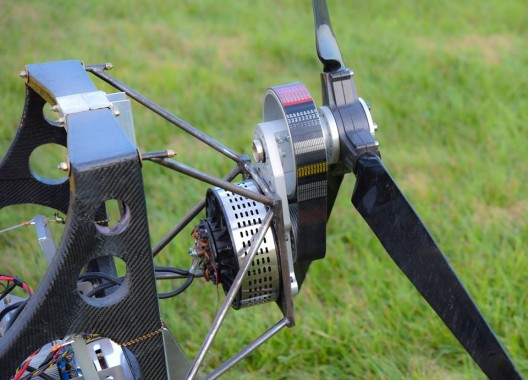 He plans on going beyond this initial experiment to try different motors, re-drives, and propellers.  His prototype, and the center section and wing stubs for prototype number 2 are shown at Oshkosh this week.  Number 1 weighs 247 pounds without batteries, with “a couple of things” still to add to the airframe.  He notes this is “disappointingly high, but is in the general neighborhood of what happens to first prototype airplanes. They get heavy.”

This might be doable with a light battery pack, because Wiebe’s previous efforts have shown his ability to trim weight and stay within ultralight regulations.  He explains, “We copied what was working really well from the ProCub (tail design) and married it to a completely new wing design featuring enhanced span, chord, and thickness. This was to enable higher lift at lower speeds, such as loitering while under electric power.”  His heavy use of Computer Numerical Control (CNC) machining of parts enables quick mass production of parts and may be part of the reason for the low cost of the proposed kit, available soon at the introductory price of $3,995 as part of a Kickstarter campaign. 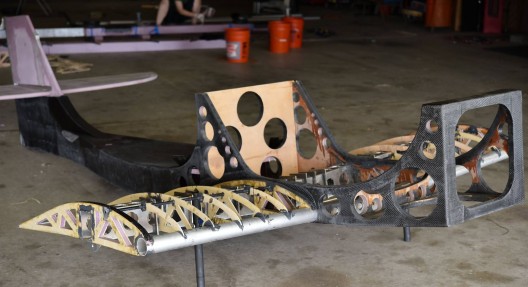 Wiebe avoids a strong commitment on whether batteries should considered part of an ultralight’s empty weight.  “I am very aware that some FAA’ers think that the batteries are part of the aircraft weight, while some independent types think that the battery weight should be part of the fuel. YMMV (your mileage may vary – wise advice in so many areas of life). That’s a debate for a future point in time.”

This gives him “an incentive” to remove the re-drive and replace the current motor controller with a lighter unit.  Doubtless all the lessons learned will be incorporated in prototype number 3, now under development.

His familiarity with programming and electronics probably accounts for his line of lightweight, electronic aircraft instruments, providing digital, rather than analog feedback on engines, flight feedback, and liquid levels. 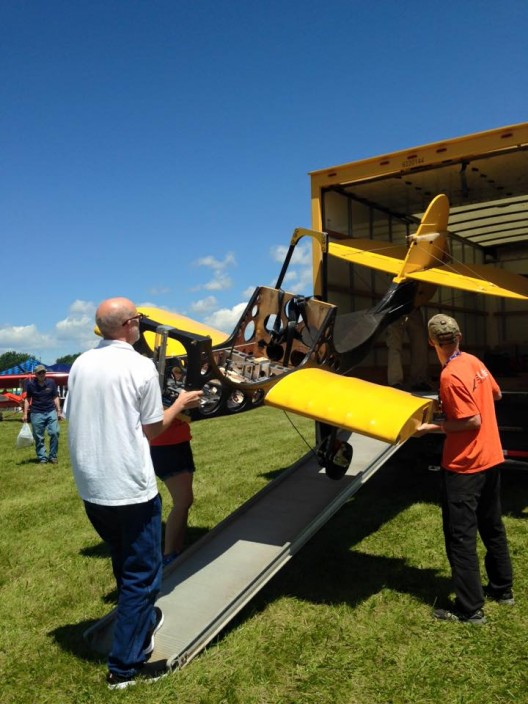 It must be an ultralight. Short video on Facebook page shows wing being plugged in

Wiebe’s blog shows a fascinating background story.  His firm, WeibeTech, pioneered the field of digital forensics, kind of a reverse hacking that helps track down and block the sources of malware and deconstruct hard drives in digital investigations.  His clients include federal, state and local customers interested in protecting data.  He sold the company in 2008, but is still in demand as a speaker on digital forensics.