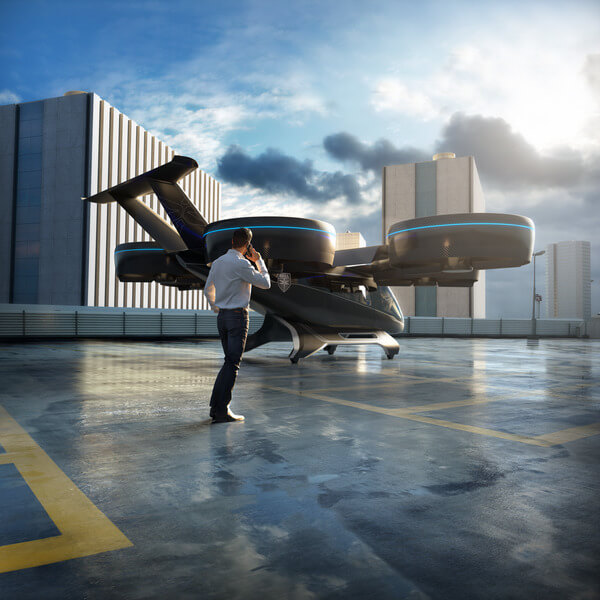 This year’s Consumer Electronics Show (CES) had over 4,500 exhibitors, and one major aircraft company showing off its Bell Nexus sky taxi and its Autonomous Pod Transport (APT).  Fast Company reported that three major trends emerged: the thousands of devices that link to “virtual assistants” such as Alexa (28,000 apps), the introduction of a slew of Apple products, and the changes in transportation new technology will bring. 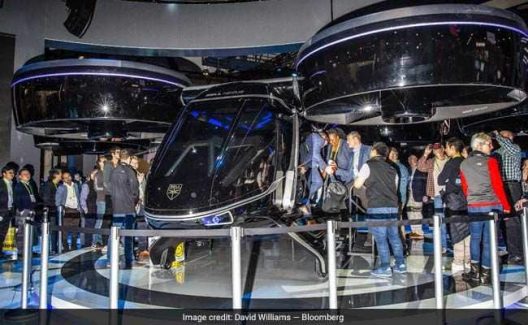 Fast Company noted, “This long-term–and wildly futuristic–strategizing was on full display at CES. For starters, the Uber partner Bell showed off a second-stage concept of its flying car that both companies swear they will begin testing in 2020. (This has been on the docket for a while.) A full-scale model on the CES floor promised to fly five people at speeds reaching 150 mph.  Of course, it didn’t actually fly, but it’s being taken seriously for an important reason: Bell is an established aircraft developer that makes the propulsion technology behind the V-22 Osprey (the crazy-expensive military helicopter plane thing).”

Safran, a major supplier of aviation engines, with over 72,000 produced since the company’s founding, has developed a hybrid system multi-rotor VTOL system capable of producing more than 600 kilowatts total energy and 100 kilowatts of electric energy for recharging the onboard batteries.

Jean-Baptiste Jarin, Safran Helicopter Engines Vice President, Hybrid Propulsion System Program explained the significance of the Bell-Safran partnership.  “This partnership with Bell in the on-demand mobility sector is a strategic opportunity for Safran.  Nexus is the first of a new breed of aircraft, it opens the doors to new markets and new missions. Fully committed to these challenges and sharing a common vision with Bell, we now look forward to seeing it fly”.

Scott Drennan, Vice President of Innovation, added, “Bell is excited to unveil the Bell Nexus at CES and to share this exciting time with our partners. The Bell Nexus delivers a nexus of transport and technology, comfort and convenience. “We look forward to continuing the development of technology with Safran to bring this nexus to life.”

According to Safran, the “Hybrid-electric propulsion solutions (HEPS) being explored by [their] teams are the most efficient way to enable multi-rotor VTOL aircraft to meet future safety, emission and affordability standards.”  By 2025, Safran is committed to becoming the market leader in HEPS technology.

EPS will provide the energy storage systems, Thales will provide the Flight Control Computer (FCC) hardware and software, Moog will develop the flight control actuation systems and Garmin will integrate the avionics and the vehicle management computer (VMC).

APT is a family of transport vehicles, varying in size and payload to “serve many mission sets from medical, law enforcement, offshore missions and on-demand delivery services.”   CES attendees were told, “Bell is expanding into a new industry to show the full spectrum of our capabilities and the real-world challenges APT will address.”

Bell treated visitors to a demonstration of Future Flight Controls in simulators that collected data to “determine what actions and interfaces are intuitive to the average potential operator and what prior experiences and abilities contribute to these opinions.”

The partnership will help explore the aerodynamics, power, and control of this new vehicle, but most important, the public’s willingness to accept this new leap in transportation.