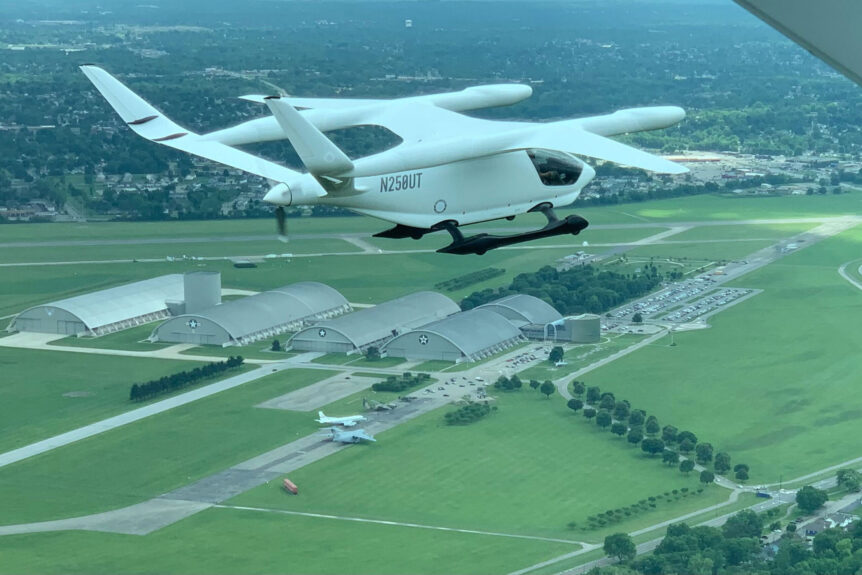 Beta Technologies has taken an all or nothing approach from its beginning, designing charging stations and flight crew centers to complement its aerial vehicles.  Last month, Beta got a chance to show at least part of its cross-country ambitions.

From May 23 to May 24, Betas Alia 250 eVTOL (electric Vertical Take Off and Landing) aircraft made one of the longest cross-country flights at that time for such a vehicle.   Alia did not take advantage of its vertical capabilities, relying instead on conventional runway-borne takeoffs and landings.

The total flight from Plattsburgh to Bentonville covered 1,355 miles (2,181 kilometers) and took almost 12 hours – about like a similar flight in a Cessna 172.

Beta has planned well-thought-out charging stations to complement the craft and crews.  Each 480-Volt station has a landing platform roof, crew quarters with sleeping and bath accommodations and, of course, a charger.  The current route included stops where the Beta charging station was not available, and took advantage of existing charges, as a Springfield, Ohio, where the flight was stuck for four days because of weather.

When not using a Beta charging station, crew charged Alia with fossil-fuel-generated electricity, as in Springfield stop

Even though the team was able to take advantage of four stops at Beta stations, they had to charge in some instances from stations with electricity supplied by their own fossil-fuel-burning generator.  A “fill-up” cost $19 in electricity for the Alia, though, compared to $800 for the Cessna Caravan chase plane.

Going from Plattsburgh, Vermont to Bentonville, Arkansas followed the beginning of a charger network being developed by Beta.  As one can see on the map, Beta Alia’s, and probably other electric aircraft, could navigate along several paths from the Northeast corner of the United States to with short hops to Canada, the Caribbean, or Mexico. 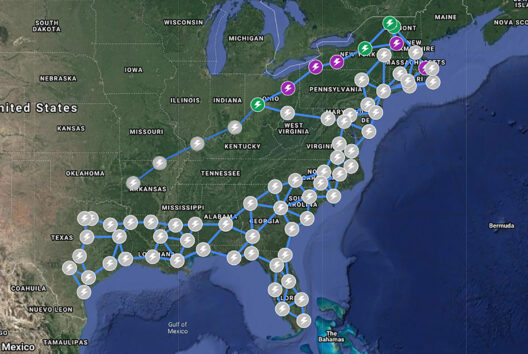 Clark Kyle, head of Beta Technologies, will undoubtedly expand his network.  As part of its AFWERX Agility Prime program, the Air Force is learning to fly eVTOLs with Beta’s assistance.  CAE, a software, training, and simulation firm, has partnered with Beta Technologies to develop a “best-in[-class” training program for eVTOL aviation.

A pair of U.S. Air Force pilots became the first military personnel to fly an eVTOL aircraft in a crewed flight when they took the controls of Beta’s Alia prototype. Pictured here on the left is Major Jonathan Appleby and Beta test pilot Camron Guthrie. (Image: Beta Technologies)

These partnerships and recent orders for passenger and cargo versions of Alia portend a great future for Beta Technologies.  As batteries improve and range anxiety becomes less of a factor in electric flight, Beta seems destined to have been a trailblazer in the new technology.  They’ve got a great team, and they’re all learning to fly as part of their employment.  Talk about fringe benefits!