On July 19 at Inyokern Airport in California, Chip Yates and his Long-ESA electric airplane set an unofficial world’s speed record for battery-powered flight, hitting 202.6 mph just before a dead cell in the battery pack forced an emergency landing.  It was the airplane’s second test flight.

Following a day of taxi tests, Chip, who has been taking flying lessons and recently achieved his Private Pilot’s license, set out to see how fast his 258-horsepower mount could go.  He has become the first person to break the 200 mph barrier for electric aircraft in level flight, beating the previous record by Hugues Duval at last year’s Paris Air Show in an Electravia-powered Cri-Cri.   Duval managed to hit 175 mph on his run over the main runway at Le Bourget Airport.

The same UQM motor in the Rutan-derived airplane powered his road-racing motorcycle last year, enabling him to hit over 200 mph at the Bonneville Salt Flats and to set a world’s record for an electric motorcycle topping Pikes Peak.  Note the hill climb cap Chip wears during taxi testing.

As the press release relates, this motor has stood up to hard use.  “The feat marks the second time within the past 12 months that Yates has exceeded 200 MPH in an electric vehicle of his own design – the first being his road-racing superbike which earned 8 official FIM World Records at the Bonneville Salt Flats in Sept, 2011 and currently holds the Guinness World Record title of ‘World’s Fastest Electric Motorcycle’”.

Yates’ organization, The Flight of the Century, commented on his hurried landing, artfully edited in the video to leave a viewer anxious about the outcome.  “Yates barely made it over the threshold of Inyokern’s 7100 foot runway 33 with no power available, he was still making the final turn to align with the runway at an elevation of 10 feet. The wheels of the Long-ESA touched down the same instant the plane became aligned with the runway and just past the threshold for Yates to make a smooth landing.” 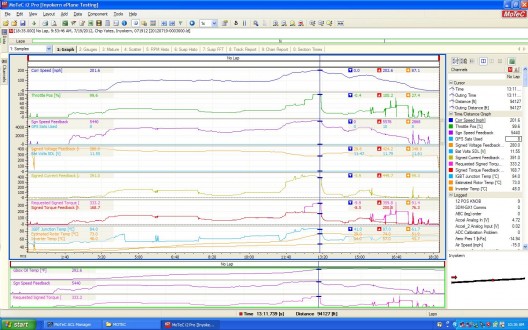 Chip will show a longer version of the video (so we can see how that landing turned out) and discuss his record flight and plans for a trans-Atlantic crossing (The Flight of the Century) at AirVenture 2012 and his airplane will be on display in Innovation Hangar A – soon to be packed with the creative genius of new technology.