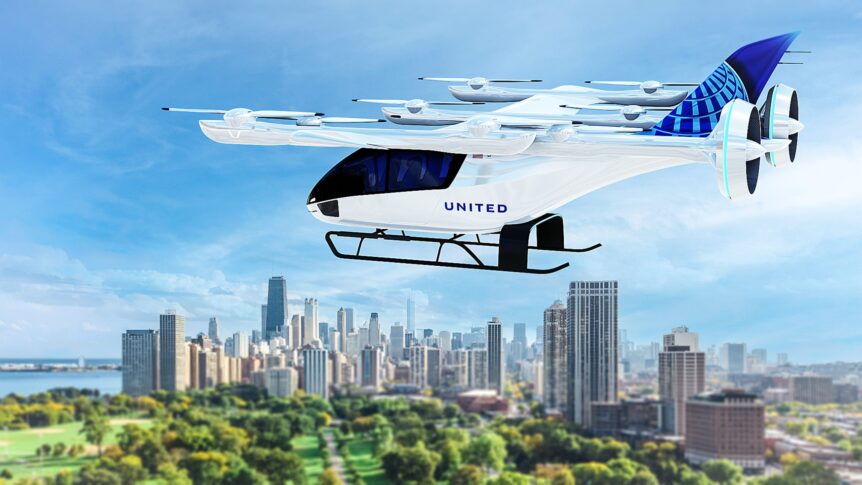 Delta and United Airlines are teaming with eVTOL makers Joby, Archer, and Eve – elevating ways to get to and from their airports.  The newly-formed alliances will make airline travel a little less tedious and eliminate the often long and sometimes frustrating drives between flights.

Delta Air Lines will invest $60 million in a partnership with Joby Aviation in return for a two-percent stake in Joby and a seat on its board. Joby can receive another $140 million if it meets “certain milestones.”

The selling points of convenience and time saving could certainly entice prospective customers.  Initially set up as premium services in New York City and Los Angeles, passengers would still rely on automobiles or shuttles to get them from home or office to a heliport (eventually to be a “vertiport”).  There, the passenger boards a Joby five-seat tiltrotor aircraft and flies to the airport in around 10 minutes – a huge time saving over ground transport.

Contingent on Joby’s aircraft obtaining FAA cetification, Delta and Joby would start limited passenger service in 2024 “in locations it has yet to announce.” 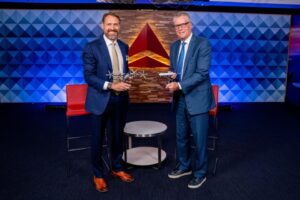 Joby will operate shuttle services between airports and existing heliports separate from Delta.  At the Delta/Joby service, though, Delta hopes to incorporate security screening for passengers before they board the Joby shuttle – then they will be ready to go at the Delta destination- avoiding long TSA lines and shortening what can sometimes be the longest part of shorter airline flights.

Delta CEO Ed Bastian explained, “It will save passengers an “enormous amount of time and distraction, as well as energy in getting on to their journey.”  Neither party discussed pricing or a target date for launching the new service, which is dependent on “developing the necessary infrastructure.”

Joe Ben Bevirt, founder and CEO of Joby added, “We believe that the routes to and from airports will be the cornerstone of the Joby service in cities and the partnership with Delta is so, so important to us across many levels.”

United takes on two partners to ease the trip to the airport – Archer and Eve.  Eve is an outgrowth of Embraer’s electrification efforts.

With Archer, United has made a financial commitment in a $10 million pre-delivery payment for 100 production aircraft.  In a timely move, Archer revealed its Midnight, single-pilot, four-passenger eVTOL craft today.  One of the first of such “deals” in the airline industry, Archer explains the, “Deposit has broader implications for the eVTOL industry, validating interest and confidence in the impending commercialization efforts underway across the space.”

Services would be much the same as with Delta-Joby, with United flying Archer Midnights between Manhattan and Newark, New Jersey’s Liberty Airport.  The 8.4-mile, 10-minute flight eliminates the 18.5-mile, 31-minute (with no traffic – more during even light traffic) drive.

Those desiring a longer explanation of the technical details for the new Archer machine will find the following two-hour rundown more than satisfying.

Forbes reports plans to charge $3 to $4 per mile for the service, which would “pencil out” to about $32 for the quick traffic-avoiding hop from Manhattan to Liberty.  Compare that to a Blade helicopter trip on the same route for $195.

To ensure such flights are safe and secure, Archer “recently completed its production aircraft’s Preliminary Design Review (PDR) and is now advancing to the next stage of its development and commercialization efforts.”  The PDR is verifies the design will perform as predicted and that all is feasible “for regulatory compliance and viable to bring to market.”

Adam Goldstein, Archer’s CEO, applauded his team’s efforts.  “I am incredibly proud of the entire Archer team as we reach this milestone in our partnership with United Airlines. To receive a cash deposit is validation of Archer’s achievements to date, not only with flight testing and product development, but also a great signal of confidence in our roadmap to commercialization.  We’re thankful to United for their continued partnership as we usher in this new era in air travel.”

Michael Leskinen, President of United Airlines Ventures, adds, “United Airlines Ventures has invested in a diverse roster of companies working in support of our goal to reach carbon neutrality by 2050, without the use of traditional carbon offsets. We believe eVTOLs have the potential to both help achieve carbon-neutral travel and serve as an innovative new tool to change how United customers experience comfort, convenience, and efficiency during their commutes within cities across the globe.” 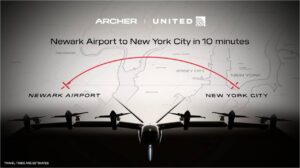 Archer Aviation, according to GreenCarCongress, “Plans to locate its eVTOL manufacturing facility in Covington, Georgia at a site adjacent to the Covington Municipal Airport. Archer plans to initially build out a 350,000 square-foot facility on a 96-acre site capable of producing up to 650 aircraft per year.”  The plant could employ as many as 800 people.

In a belt-and-suspenders mobility move, United also signed a purchase agreement for up to 400 eVTOL aircraft from Eve, “Aiming to Revolutionize Commuter Experience in Cities Around the World.”  United’s $15 million investment in Eve Air Mobility is the “one of these things is not like the other” variation.

Both Joby and Archer use a combination of fixed and pivoting rotors to gain lift and forward thrust.  Eve has eight lifting rotors on tandem wings and two pusher propellers for forward flight. This lift plus thrust combination enables a range of around 60 miles.

All contending eVTOL makers will have to meet FAA standards, work within a new and developing set of designated routes, and build an infrastructure of vertiports and converted heliports to meet the demands of regulators and the needs of the traveling public.  The next few years should be stimulating, to say the least.