Scott Sevcik, Aerospace and Defense Business Development Manager for Stratasys, gave EAS IX participants a look into the most advanced aircraft manufacturing techniques currently available, and what might be possible in the near future.

Traditional manufacturing techniques have relied on subtractive techniques, starting with an aluminum billet, for instance, and sawing, filing and sanding away anything that doesn’t belong on the finished part.  Anyone who’s worked in a shop knows the barrels and buckets of metal shavings that fill up quickly.  What if there were no materials to be recycled at the end of a production run?

Additive manufacturing (AM) is a way to produce parts that grow during the process, and that don’t leave much, or any, debris afterward.  Scott explained that a namesake, S. Scott Crump, invented fused deposition modeling (FDM), the 3D printing process on which most desktop 3D printers rely.  He also founded Stratsys, Ltd. in 1989 with his wife Lisa. 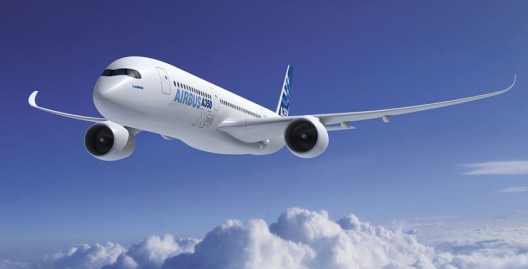 He explained the Stratasys acquired GrabCAD in late 2014, enabling  interactivity and greater collaboration between the 3D drawings from which the 3D printers obtain their input.  Besides FDM, Stratasys produces equipment for material jetting and laser sintering, enabling use of materials beyond plastics.

3D printing of parts and tooling to make parts – such as precision molds for wet layups – saves operational costs, allows greater design freedom, increases the speed to make design changes, and enhances supply chain flexibility with reduction of the need to purchase parts from external suppliers.

Additive manufacturing makes weight removal possible, sometimes with parts that can’t be produced through traditional means.  Having an on-site printer reduces procurement time for parts, and essentially eliminates the make or buy decision that can add months to obtaining a needed part.  This is a huge benefit to those in field service centers.

An SAE Aerospace Engineering Magazine article quotes defense consultants IHS from their report “Overcoming MRO Supply Chain Dysfunction.”  “Look closely at the product life-cycle within the typical MRO (manufacturing, replacement,  organization and you’ll notice that 50% of open work orders are waiting for parts; 30% of in-house stock will never be used; 8% of SKUs [stock keeping units] are duplications; and, on average, employees spend 25% of the workday looking for parts.”  This highlights the problems with traditional inventory techniques.  Forecasting the need for parts that can be damaged in use, especially for military aircraft, is nearly impossible.

Being able to download the current CAD file for a needed part and producing it on site is an efficient and speedier alternative to waiting for the part (if it’s in stock) to come from a central warehouse in a distant factory.  To counter this, Airbus initiated development and certification of 3D printing with Stratasys in 2013 as a schedule risk reduction activity.

Although he could not reveal the actual clients during his talk, subsequent press releases show that Airbus is using Stratasys technology on Part 23 commercial aircraft and United Launch Alliance (ULA) incorporates 3D printed parts in its rockets.

As reported in Aerospace Engineering, “[Stratasys] announced in May that Airbus has produced more than 1,000 flight parts on its Stratasys FDM (Fused Deposition Modeling) 3D Production Systems for use in the A350 XWB aircraft, delivered in December 2014. Airbus chose to replace certain traditionally manufactured parts—lightly- or non-loaded interior components, according to a Stratasys spokesperson—with the 3D-printed ones in an effort to increase supply chain flexibility, which the company achieved while meeting its delivery commitment. 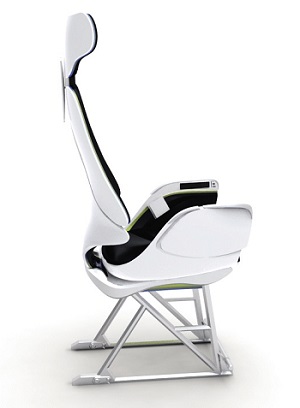 • A 3D printed economy class seat prototype printed by Stratasys, using Sabic’s Ultem 9085 resin. Use of 3D printing enabled the rapid prototyping of the Studio Gavari design, resulting in a seat with less than 15 components

Scott illustrated the flexibility provided by AM techniques, including a printed wing for an unpiloted aerial vehicle (UAV), and an instance where a 140-piece aluminum component was replaced with a simplified unit of 16 consolidated parts.

He showed the increasing versatility of AM processes, including printed parts that replace thermoformed and metal components with a composite layup formed over a soluble core.  The process allows topology optimization, more like the bones in a bird’s wing that conventional struts and spars.

Other possibilities for 3D printed parts include inclusion of thermal inflation, layering of ABS plastic with carbon nanotubes with electrical properties, and in metallic parts, laser direct structuring.  The latter could go from CAD to printing the part, ablating surfaces, and finally plating the part for particular applications.

A white paper by Joe Hiemenz of Stratasys, “Additive Manufacturing Trends in Aerospace,” adds a great deal of detail as to what is possible.  One picture of a printed UAV wing with a small electric motor and the electrical connections printed into the wing’s structure shows what is possible.  Think of these materials and technologies applied to mass-produced light aircraft or Sky Taxis, and the economics of a resurgence of the first and a realization of the second becomes apparent.