Having your engine fail in the middle of a flight is an unnerving experience, to say the least.  For buyers or owners of small two and four-passenger aircraft, a new installation might help mitigate the disaster. 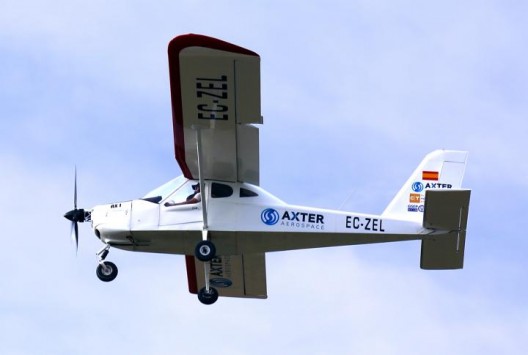 Axter’s test vehicle, a Tecnam with the small Emrax motor between the engine and the propeller

Miguel Ángel Suárez of Axter Aerospace, a Spanish firm dealing in the application of electronics to private flight, highlights the goal of his firm’s recent development.  “We are trying to save lives and prevent accidents related to loss of power during flights, when the engine fails or the fuel runs out.”  In their video, the University of Charles III of Madrid (UC3M) shows the Axter installation starting its electric motor immediately after a simulated power failure of the Rotax engine on the test Tecnam airplane.

The collaboration between the university and the aerospace company comes about at least partially since Suárez is an alumna of the school.   He adds, “We mustn’t forget that every year in Europe and USA there [is] an average of 600 accidents, 70 deaths and 24 million euros in losses recorded.”  The company’s video starts with some serious and fiery wrecks, at least one of which had nothing to do with engine failure.

Axter’s motor, apparently a small Enstroj unit, adds a measure of protection for even the most ill-timed sudden stoppage.  Andrés Barrado, head of the UC3M Electric Power Systems group explains, “If there is a problem with the main engine, this electric engine will start to function, which will provide an additional range of about 20 kilometers, enough for the pilot to land safely.”  As Gizmag noted, that may not seem like much, but adding a 12 mile radius to the emergency landing options is a huge chance to set down safely on a runway, rather than a road or recently tilled field.

Judging from the system schematic shown on the video, the weight of the battery is positioned to offset the additional 9.3 kilograms (20.5 pounds) the motor adds to the forward moment arm.  This could be a potential problem in terms of maintaining balance on the aircraft’s crankshaft, with the motor squeezed in between the propeller hub and the propeller.  Luckily, the motor’s small diameter allows it to be hidden by a suitable propeller spinner.

The Axter system feeds energy to the battery pack so that it is always charge and ready to take over.  It also can add power during takeoff or long climbs.  This can be helpful in high density altitude situations where the motor’s indifference to thin air would be most welcome.  Axter’s Daniel Cristobal, another alum of UC3M, explains, “We maximize the battery capacity to generate motion with the electric motor and have found that we can use as a hybrid system for light aircraft: the pilot can operate at any time, adding up to 40 additional horses for takeoffs or [other] need[s].” 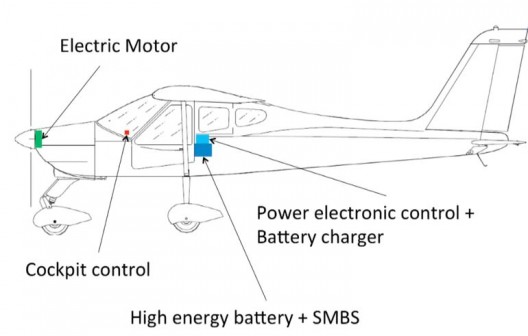 The developers see potential in other markets, and are pursuing international patents.  The market is wide open to their invention, with applications possible in new and used aircraft, gyrocopters, sailboats, drones and other unmanned aerial vehicles, according to the University.  They envision their device saving lives and reducing economic losses from accidents.  Their system can lower aircraft operating costs through reducing fuel and maintenance costs, and make aircraft better neighbors by reducing greenhouse gas emissions and noise pollution.

We look forward to their ongoing work in making aircraft safer, quieter, and more economical to operate.