Your editor saw a news item from Sun ‘n Fun about a new solar-powered airplane and recognized the design as one from Calin Gologan’s PC-Aero, an aircraft design and consulting firm in Germany. General Aviation News credited the airplane’s design and construction to Luminati Aerospace in New York state.   The story did not mention Gologan’s involvement, though, a possible oversight.  An alert reader commented on the similarity of the airplane to the Elektra One Solar. 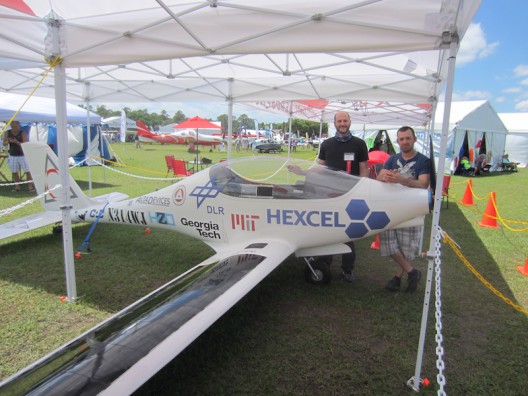 A few months later, your editor saw an Associated Press story from Calverton, New York, which explained, “Pilot Robert Lutz flew the VO-Substrata aircraft for about 20 minutes in the first test flight opened to the public. The white aircraft features wing-mounted solar cells and has a wingspan of about 43 feet. Logos of several companies and other entities involved with its production are plastered on both sides, similar to the sponsor decals on NASCAR race cars.”

Different reports have speculated on the source of funding for the company, but CEO Daniel Preston“…has repeatedly refused to disclose the identity of a tech company that reportedly is involved in the enterprise. Google, Facebook and other tech companies all have been involved with initiatives in the field.”

Calin Gologan, CEO of PC-Aero GmbH in Germany, felt compelled to state the following on his Facebook page:

“This is the Maiden flight of the Elektra One Solar from PC-Aero Germany, Performed in Germany. The aircraft was registered in Germany as D-MELO and flew with a German Permit to Fly in the ultralight category. The same aircraft was presented at Sun and Fun Florida by Luminati Aerospace LLC from NY USA [a] few weeks later as an own-built aircraft without [mentioning] the real Source of the aircraft. We got a lot of feedback from the aircraft Community about these facts. That’s why we need to react and tell the true [story] in order to protect our project, our company and our contracts with partners.” 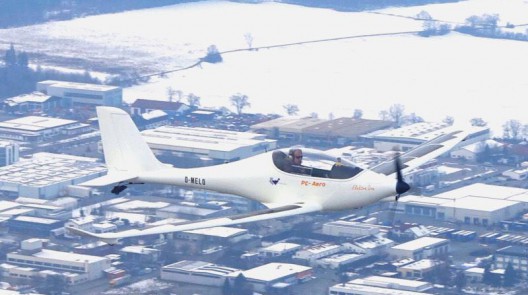 He notes that the aircraft is an Elektra One Solar, with a first flight performed by PC Aero in Germany where the craft was registered as D-MELO.  When it was delivered to Luminati in New York it was re-registered as N134WJ.

Luminati is based at a former skydiving school at Calverton, rents the town-owned 10,000-foot runway, and has proposed buying a 7,000-foot strip at the facility.  After a two-year R&D period, the company would begin testing and flying drones at the site.  Future aircraft sound like high-altitude, long-endurance (HALE) vehicles, which would suit the rumors of Facebook or Google backing.