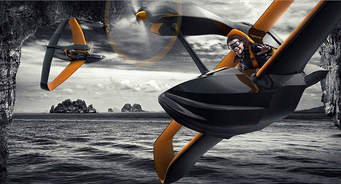 Flynano is a Finnish aircraft design and manufacturing team, working since 2011 to achieve a first electrified flight of their appropriately named craft. 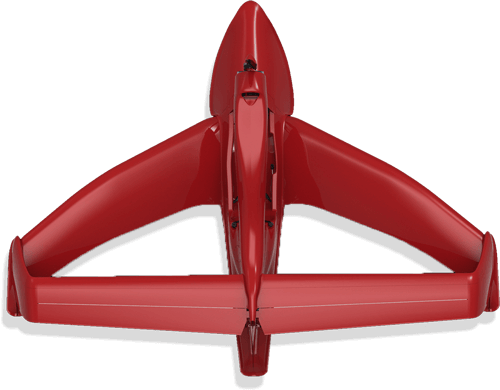 First, the 70 kilogram empty weight is notable.  It includes battery weight, but only for 1.7 kilowatt-hour power source that allows a 15-minute dash across the surface of a fairly calm lake.  Its up to 100 kilogram (220 pound) pilot is snugly fitted within its 3.8 meter (12.47 feet) length, and carried aloft on a pair of joined wings a mere 4.8 meters (15.75 feet) in span.

Most videos show the craft flying in or very near ground effect, and the company seems to think customers will be happier zooming around just above the water.  In response to the “frequently asked question,” they respond, “For some reason this is the most frequently asked question. Even if technically FlyNanos could be flown up to around 5 000 meters (16 000 feet), the use case for the FlyNanos is to fly them low, around 30–150 meters (100–500 feet). These low heights provide the greatest feeling of speed and exhilaration, enhanced with the open cockpit of the plane. As the battery capacity is the main limiting factor for the flying time, the use case includes also battery changes and multiple take-offs and landings, resulting to the low flying altitudes in their own part.”

Unreported in the specifications, rate-of-climb can only be estimated from the upward leaps in the videos, but the 10 to 15-minute battery duration in cruise would keep one from getting too high, and might lead to dead-stick landings following a long glide back to the lake.  Flynano’s 32-kilowatt MGM Compro motor would drain the battery in only a little over three minutes at full throttle, so high-altitude explorations are probably not a realm of flight in which Flynano will excel.

That calm lake should be at least 5° Celsius (41° Fahrenheit) with waves no higher than 10 centimeters (slightly under two inches), so Flynano might be limited to nice days.  Flight is limited to winds less than 11 mph.  Considering the manufacturer recommends appropriate wet-suit attire, pilots will doubtless prefer sunnier climes, a big contrast to the October coolness of the airplane’s native Finland.   This would be fun on the Mediterranean or on Lake Tahoe in summer. 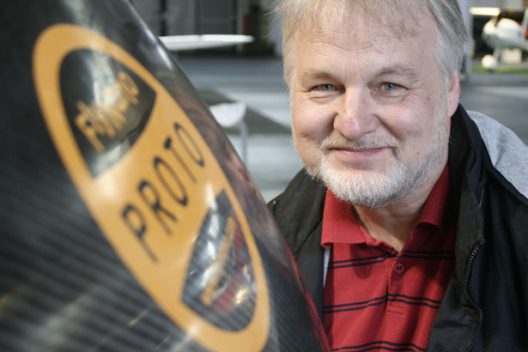 “The head designer, Aki Suokas, has worked in the aviation industry for more than 30 years now and successfully designed several well-known airplanes, including PIK-20, PIK-23 and PIK-27,” according to his company’s FAQ

One big question for the potential buyer is how much money is that much fun worth?  Flynano quotes an 85,000 euro ($100,573) price (minus taxes, customs, and shipping) for “the first fully-packed signature editions.”  On the plus side, operating costs will be nil and the motor will require almost no maintenance.  Reciprocating engines are always in need of something, so the continuous flying allowed by little downtime for anything but swapping battery packs will only add to the carefree enjoyment of the craft.

If one can accept the current limitations of the airplane and the possible sticker shock, Flynano might be an exciting aerial substitute for more traditional modes of watersport.

Addendum (May 17): Where is the instrument panel?  On the pilot’s helmet or goggles in the form of a heads-up display.