The French Postal Service has run a small fleet of electric Renault Kangoos for at least the last five years, and has over 10,000 on order for their fleet.  With additional orders from postal services in Europe, Asia and Australia, the Kangoo may rival the Leaf or Tesla’s Model S for ubiquity. 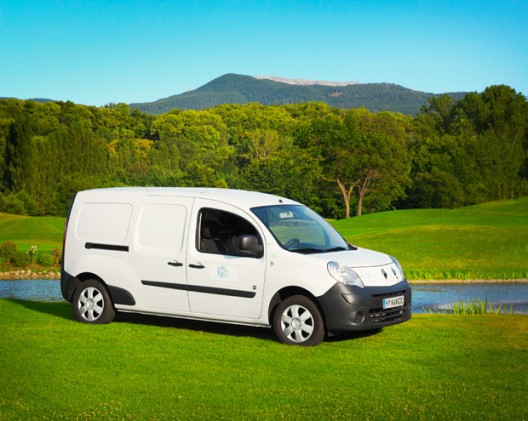 The little van’s 170 kilometer (105.4 mile) range works perfectly well within towns and cities, but is not nearly adequate for extended drives into the mountains and rural stretches of France, a country the size of Texas and far more mountainous.  A hybrid solution comes to mind, but La Poste has come up with a very different type of hybrid – one that may have an application in aircraft.

The fleet will begin testing Symbio FCell fuel cell range extender kits on postal routes longer than 100 kilometers (62 miles), with UTBM (Université de Technologie de Belfort-Montbéliard) monitoring the trials.  Runs through the countryside in the Franche-Comté region of eastern France along the Swiss border will give vehicles a good workout. 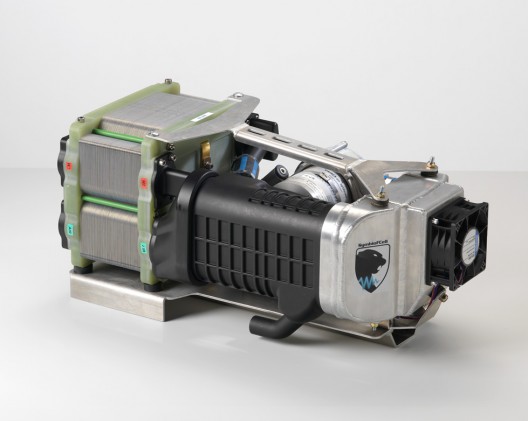 The fuel cells will not only provide up to 200 kilometers (124 miles) additional range, heat from the Symbio stack “will be used to provide cabin heat and windshield defrosting, removing a significant electrical load off the batteries in cold weather.”

For Jean-François Courtoy, the Industrial Director at La Poste in Franche Comté, this innovative replacement for the service’s Diesel vans means, “This will significantly improve our level of global CO2 emissions.”

Fabio Ferrari, the CEO at Symbio FCell noted, “As of today, we can demonstrate that with long range electrical solutions, a viable business model exists for zero emission city center delivery.”

Symbio’s fuel cells use thin, stamped stainless steel bipolar plates that “reduce the cost, weight and volume of the cell compared to traditional graphite plates,” according to its maker, Liten (Laboratory for Innovation in New Energy Technologies).  Besides providing a technology suited to mass production, the plates allow the simultaneous supply and distribution of the gas (air/H2) and the coolant, making for a lighter, more efficient cell.  Offering a system energy efficiency of over 45 percent at full capacity and over 50 percent at partial capacity and partial charge, the system has demonstrated these capabilities in assembled cells “with output[s] of over 500kW and over several thousand hours of experimentation. 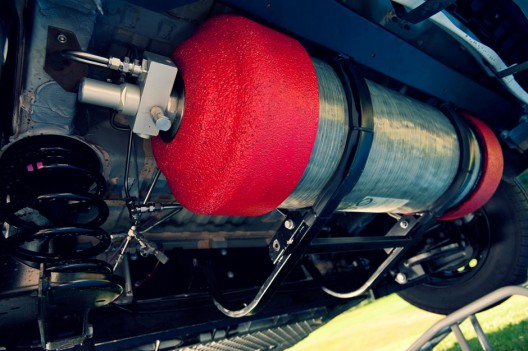 Their modular design allows great flexibility for installing these fuel cells, with the Hykangoo vans sporting four cells of 5 kilowatts each.

The first vans equipped with the hydrogen fuel cell range extender kits will be deployed in Q1 2014.  With 10,000 such vehicles in the near future, a solid and well-documented performance base will accrue, and the hope for implementation of these technologies in private cars will have a mass-produced viability and lower costs. 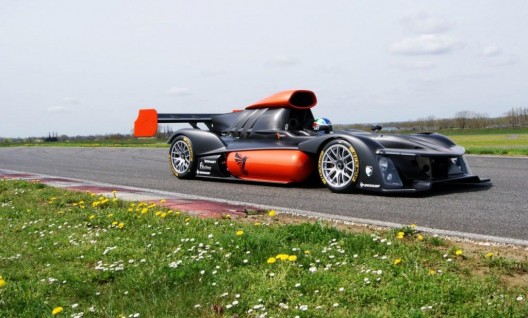 The advantages of these lightweight fuel cells, including heat in cold climates, would be beneficial in flight.  We live in interesting times, with Symbio creating similar, but larger cells for larger delivery trucks and a Le Mans Prototype (LMP) racer, the GreenGT H2.

This range of prosaic and innovative applications bodes well for a greener future.