The Blog has reported on aqueous batteries, such as those developed by PolyPlus, a firm that has worked with the U. S. Navy to develop long-duration batteries compatible with sea water.  Sea water carries about 60 parts per billion of iodine by mass, from which we get iodized salt. 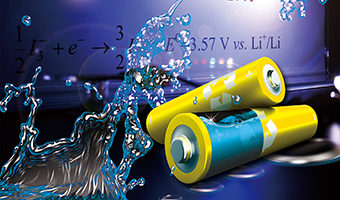 Battery performance going swimmingly, the Riken lithium-iodine battery is said to excel in most areas

Which may have been the starting point for Riken, “Japan’s largest comprehensive research institution renowned for high-quality research in a diverse range of scientific disciplines.”   Hye Ryung Byon and her team from the Byon Initiative Research Unit(IRU), have developed a lithium-iodine (Li-I2) battery system with a significantly higher energy density than conventional lithium-ion batteries.

The Japanese New Energy and Industrial Technology Development Organization has set goals for batteries similar to those anticipated by IBM with its Battery 500 program.  They want 500-kilometer (311 mile) range for electric cars that could compete with internal-combustion powered vehicles.  This would require battery energy densities of 0.5 kilowatt hours per kilogram, nearly three times current capabilities, usually less than 0.2 kilowatt hours per kilogram.

Since existing battery chemistries are near their performance limitations, Riken scientists are looking at new chemistries and configurations capable of reaching higher energy densities.

“…They report that aqueous lithium-iodine batteries based on the triiodide/iodide redox reaction (a reaction involving the transfer of ions through the reduction of an oxidizer) show high battery performance. The high solubility of triiodide/iodide redox couples results in an energy density of ~ 0.33 kWh kg−1. The reversible redox reaction without the formation of resistive solid products promotes rechargeability, demonstrating 100 cycles with negligible capacity fading.

“They suggest that a low cost, non-flammable and heavy-metal-free aqueous cathode can contribute to the feasibility of scale-up of lithium-iodine batteries for practical energy storage.”

Byon and colleagues now plan to develop a three-dimensional, micro-structured current collector that could enhance the diffusion-controlled triiodide/iodide process and accelerate charge and discharge.  They also want  to raise energy densities even further with a flowing-electrode configuration using an external reservoir.

Good results with these aqueous cathodes have the team looking at sodium- and potassium-iodine batteries.  The study, published in the journal Nature Communications, concludes in part, “In summary, the I3–/I– redox reaction-operated aqueous Li-I2 battery exhibited excellent cyclic performance with considerable energy and power densities.  Ideal Coulombic efficiency and capacity retention with no degradation of cathode establish the aqueous Li-I2 battery as one of the outstanding post-Li batteries.”