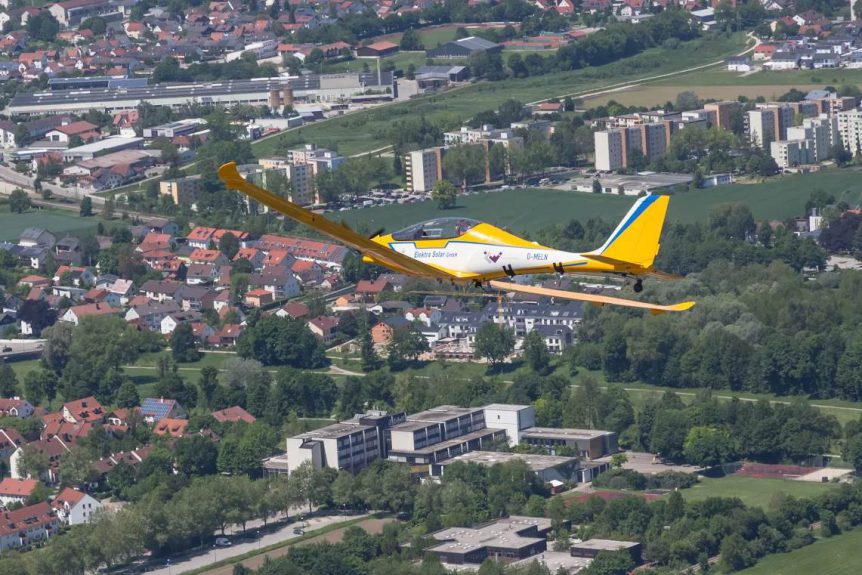 Had the residents of Landshut, a 13th-century city in Lower Bavaria, chanced to look up at the right time over the last few weeks, they might have glimpsed a bright yellow shape looking back at them.  Calin Gologan’s latest Elektra One Solar carries a suite of cameras that can transmit 2D movies in 4K resolution to a ground station up to 40 kilometers (25 miles) away.  Through sophisticated software, the images can be translated into 3D maps with a resolution of five centimeters (just under two inches), the primary mission of the flights. 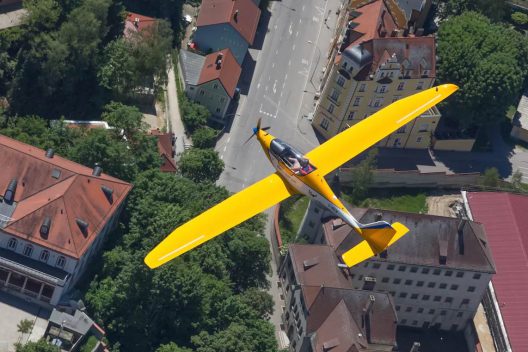 Elektra One flying low, but quietly over the ancient streets of Landshut, Bavaria

Partner ViaLight, a 2009 spin-off of the DLR (the German Aerospace Center), provided the hardware and software that allows up to 100 Gbps (gigabits per second) data transmission speed, and thus enables such high resolution for the aerial images.  The system can also transmit “Big Data,” using the high-speed optical links.

According to Elektra Solar GmbH, a merger of the companies PC-Aero GmbH and Elektra UAS GmbH, the project “successfully performed many flights with the Elektra One aircraft over the old town of Landshut for 3D high-resolution mapping.”  Flying autonomously according to a “very exact preprogrammed path,” the essentially noiseless, pollution-free flyovers delivered a series of stunning images. 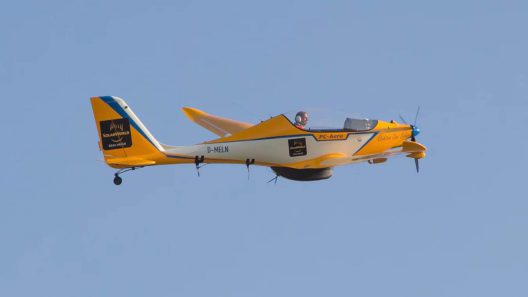 Even with pilot on board, precise path over Landshut was flown autonomously according to program

Calin says the “Remote Eye” concept enables low-cost flight over towns at low altitudes and will be applied to the Elektra Two Solar, “the future of intelligent surveillance,” for high-altitude flights.  Significant growth in the airplanes’ capabilities allows even grander future plans. 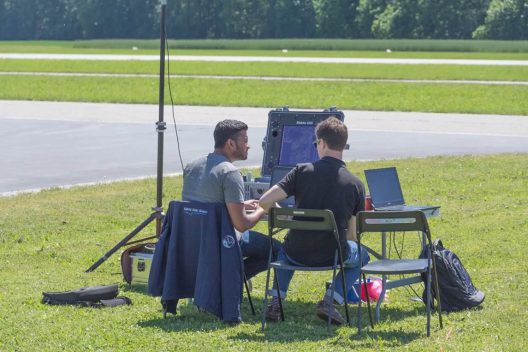 According to Elektra Solar GmbH, “The latest version of Elektra One, named Elektra One Solar has a wing span of 13 m, a glide ratio of more than 30 and is equipped with solar cells on the wing surface as a range extender. With the support of Elektra UAS, the second partner of the merger (and spinoff from DLR’s Robotics and Mechatronics Center – RMC), these airplanes are now prepared for the test and demonstration of optionally-piloted and unmanned operation, using advanced autopilot and remote ground control station technologies. “ 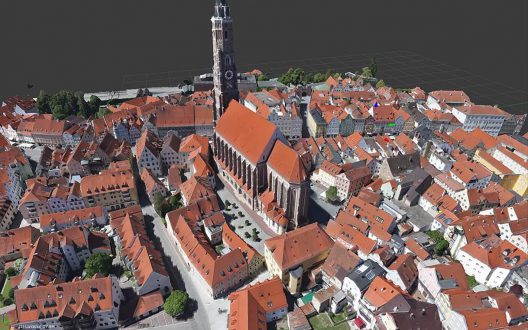 High-resolution image of Landshut. Note grid overlay on the water.

We’ve written about Elektra Two Solar recently, and Raphael Domjan’s ambitious plans for high-altitude tourism.  He and Calin continue to demonstrate their ability to fulfill their lofty ambitions, and we wish them continued success.