Science reporter Matthew Wald visited the Perlan Project in Bend, Oregon recently to see for himself an aircraft that just might conquer the heights – 90,000 feet – in a world-record attempt that will investigate the polar vortex and the ozone hole. 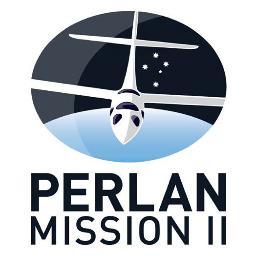 His report in the October 21 New York Times highlights the intellectual investment in the project, with extremes of aircraft design reaching toward extreme goals.  Perlan II will fly higher than any powered or unpowered aircraft in a sustained fashion.  Zoom climbs in which American and Russian fighters emulated rocket ships to reach altitude records were more ballistic than controlled.  Those who recall The Right Stuff will remember Chuck Yeager’s frantic and finally unrecoverable tail slide back from the edges of space.

The on-line version of the story has the advantage of including a video that very nicely explains the goals and aspirations – as well as the hazards, associated with the flight.

Perlan II in near space

The article has brought a large number of responses from readers, and a follow-up recounting in the Sydney Morning Herald.  This world-wide interest reflects a need for people to find others to admire and emulate.  One correspondent referred affectionately to himself, and by inference to Einar Enevoldson, the project’s founder, as “geezers.”

“Remarkable;  no,  incredible! I had no idea of the natural “winds” that would make such a feat possible. Yet the thing that grabs this old geezer the most is that Enovoldson, at 81, is a prime mover of and participant in, the project.” 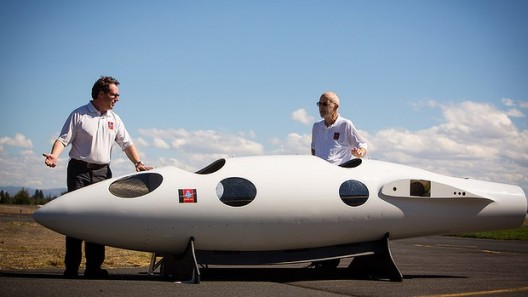 While we wait for the AARP to dive in as a sponsor, people can make donations to this project and help launch a great adventure that may well be the ultimate exploration of our atmosphere.  It may well be the beginning of other adventures if it succeeds in inspiring young people to aeronautical and space careers.  Because of Perlan, DuckHawk, SparrowHawk and other high-performance ships designed by and built at Greg Cole’s Windward Performance workshop, another astonishing program waits in the wings, and will help demonstrate the potential for clean, green aviation.  The blog will report on that in the near future.

In the meantime, we’ll look for Perlan II to explore the upper atmosphere while using no energy other than that of the high-blown winds above Argentina and Patagonia.