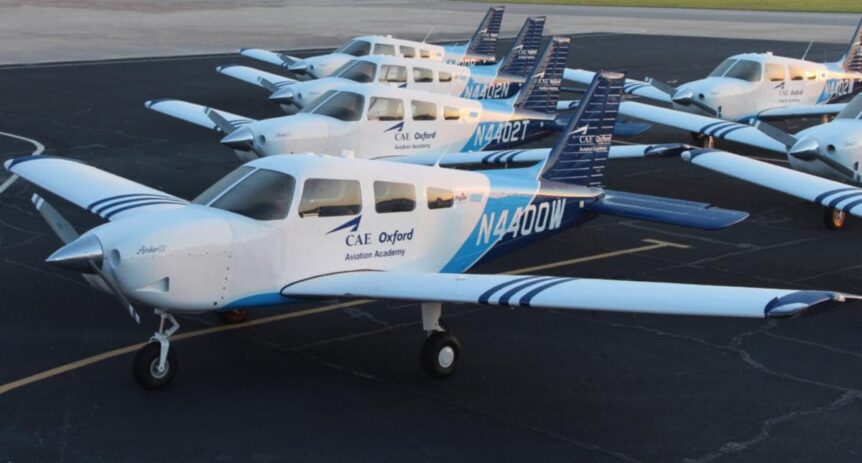 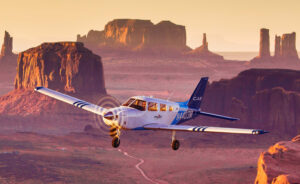 CAE, started 75 years ago by a Canadian war hero, pledges itself to making the world a safer place.  “Our vision is to be the worldwide partner of choice in civil aviation, defense and security, and healthcare by revolutionizing our customers’ training and critical operations with digitally immersive solutions to elevate safety, efficiency and readiness.”

The organization runs large flight training programs and designs and operates banks of flight simulators.  It plans on converting 60 percent of its Piper fleet worldwide to electric power.

This is all part of a larger environmental and social program as reported in their Annual Activity and Corporate Social Responsibility Report.  “To further reduce CAE’s carbon footprint, CAE is looking to go beyond compensation to take concrete actions to reduce our carbon emissions — starting with the aircraft our cadets fly at CAE flight training operations (FTOs) worldwide. In FY21, aviation fuel consumed by CAE’s fleet of 200-plus planes produced 14,438 tons of carbon dioxide equivalent (CO2 e). These aircraft typically fly short, predictable missions, making them ideal candidates for electric propulsion systems retrofitting. CAE is engaging with several industry stakeholders to look into these possibilities.”

Conversions would use the Safran ENGINeUS® 100 electric smart motor.  The 150-kilowatt (201-horsepower) unit includes a built-in motor controller to help reduce weight and integrate operation.  Variants of this motor are being used by Bye Aerospace, Voltaire and Diamond Aircraft in their recently announced eDA40.  The video below gives a reasonable idea of how a similarly sized and weighted Archer will perform.

Although the Diamond has an external “aerodynamic” battery pack, the Piper will probably mount its H55 packs internally, as shown below.

Andre’ Borschberg of Solar Impulse fame heads H55 of Switzerland.  Experience with battery packs on their globe-girdling flight taught Borschberg and fellow pilot Bertrand Piccard a great deal about lithium batteries, even requiring a hiatus in Hawaii and a battery pack redesign mid-flight.  Since then Borschberg’s H55 has developed an electric version of the Bristell B23 Energic, a 2-seater electric trainer designed for flight schools and pilot training.  The firm is also developing battery packs for Harbour Air and their De Havilland Beaver’s electrification program.

Their certified STC conversion kit will be available for Piper Archers worldwide.

The Governments of Canada and Quebec are investing $1 billion Canadian in Project Resilience to which CAE is adding another $1 billion.  A consortium of Canada’s “strong aerospace cluster, OEMs, small and medium-sized companies, post-secondary institutions and research centers will be involved in the program. 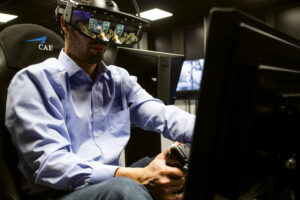 CAE will harness its technological capabilities, expertise in supporting airworthiness test programmes as well as its latest innovations in simulation, virtual/mixed reality and data analytics to be at the forefront of disruptive mobility technologies such as eVTOL vehicles.  Image courtesy of BusinessAirNews.com

The Honorable François-Philippe Champagne, Minister of Innovation, Science and Industry, promotes the program.  “Canada is leading the world when it comes to the innovation required for the low carbon economy. Thanks to our government’s recent support of CAE, not only will we see 700 new jobs in Canada, today’s announcement means we will see green and clean aircraft technologies that will be used all over the world.”