Ricardo, a long-time developer of internal combustion engines, has become a major force in the electric motor field, too.   Its latest offering is an 85 kilowatt synchronous reluctance drive designed primarily for electric vehicle traction applications, made with advanced manufacturing techniques and no rare earth minerals.

Without spilling any number beans other that the expected power output, Ricardo says that, “Using a conventional distributed stator winding, the Ricardo synchronous reluctance electric machine is a highly innovative design that makes use of low-cost materials, simple manufacturing processes and uncomplicated construction. It has a rotor made from cut steel laminations, which are used to direct and focus the flux across the air gap. By maximizing this flux linkage between the stator and rotor, performance can be optimized within a tightly packaged, low weight and rare earth element free design. 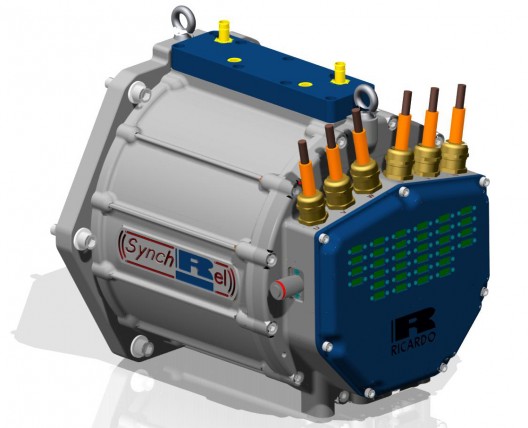 Paul Rivera, Managing Director of the Ricardo hybrid and electric vehicle systems business, explains the impetus to develop such motors. “As the market for electric vehicles grows globally, there is an imperative to explore alternatives to permanent magnet traction motors which require the use of expensive and increasingly difficult to source rare earth elements.”   Since China has a monopoly holding of most such minerals, such alternatives have strategic importance.

In a counterpoint to the announced low price for the unit, Ricardo seems to intend first use of the new motors to be in Jaguar Land Rover products.  Funded in part by the British Government, the current research is part of Innnovate UK, a larger effort to create products in many disciplines. 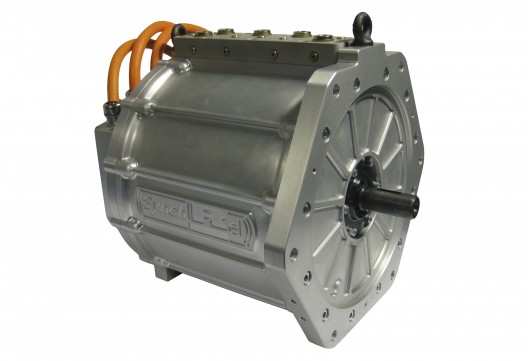 In real, non-rare-earth metal, style, the motor is ready for testing

On the private side, Ricardo’s partners in this research include project leader Cobham Technical Services – which is developing its multi-physics CAE design software, Opera, as a part of the project.

Will Drury, Ricardo team leader for electric machines and power electronics, has high hopes for the new motor. “The Ricardo prototype is now built and will be rigorously tested over the coming weeks in order to validate the extremely positive results that it has shown in simulation, as a concept that provides an exceptional balance of performance, compact package, light weight and low cost.”  Let’s hope the real world numbers match up with the expectations.