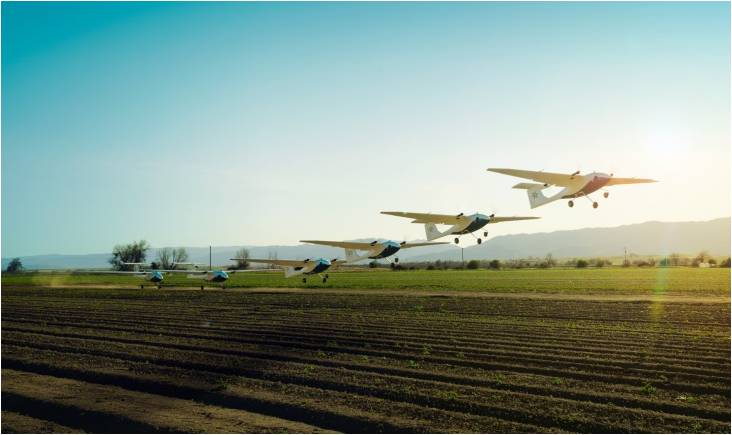 The fully autonomous, all electric craft is now approved to spray large banana plantations – both day and night.  Since the aircraft flies well-defined routes daily, spraying crops at night should be no different.

This first-ever regulatory approval to fly unmanned aerial spray missions at night with a fixed wing aircraft is a simple expansion of what Pyka’s been doing in New Zealand and Central America for the last few years.

As reported in 2020, “Pyka seems as much about software as aerodynamics.  Its FPGA (Field Programmable Gate Array) can be programmed by an intended owner, ‘a very successful farmer [who is] very interested in technology. These farmers will gain assistance from a company programmer in familiarizing Pyka with the contours of their farms.  Redundant systems ensure  simultaneous communication,’ with over 30 actuators and sensors while executing complex path planning algorithms.” 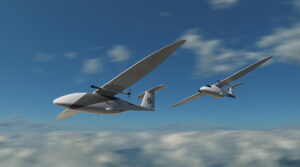 There are probably as many successful farmers very interested in technology in Central America as there are in New Zealand, and Pyka’s success in Costa Rica so far seems destined to their goal of, “Achieving widespread certification across Central and South America.”

Being able to spay day or night could enhance operations in any agricultural enterprise, allowing farmers to take advantage of  “better spray distribution and reduced risk of unintended chemical drift due to typically lower winds after sunset,” according to Pyka.  It increases the “viable spray window from roughly five hours a day to 10 hours a day.”

DGAC approval followed successful daytime missions “to date,” and a detailed analysis of the craft’s ability to carry out night operations based on its specifications.  A flight regulator observed a live nighttime demonstration of an operation over a banana plantation in Costa Rica’s northeastern region.

With $48 million in funding ($37 million from Series A alone), Pyka is expanding manufacturing of the Pelican spray aircraft while adding a Pelican cargo plane and passenger craft to its offerings.  As reported here last year, Pyka’s alliance with Embraer X, the venturesome side of the Brazilian firm, is paying off with the development of the Pyka P3, a four-motor, nine-passenger regional airliner.  It, too can also be configured as a cargo airplane.

Pyka certainly seems to be on a winning streak with operations spanning the globe.  We look forward to what comes next from this ingenious firm.  One thing has kept your editor wondering if eventually the smaller Pykas could carry a human passenger on autonomous journeys.  That would make personal aviation available to a wide range of people.