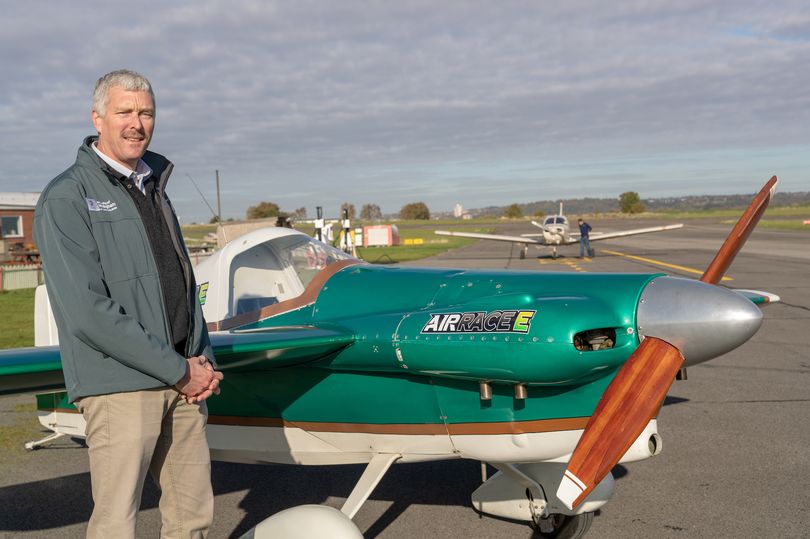 Richard Glassock and Beacons of Excellence

Richard Glassock is an Australian scholar and designer currently living in Nottingham, England, working as a Professor at the University of Nottingnam.  One if the founding lights in the Outback Joe competions, in which teams launched autonomuous aircraft into remote parts of Australia to find the eponymous character and deliver aid, he was on the forefront of things to come. 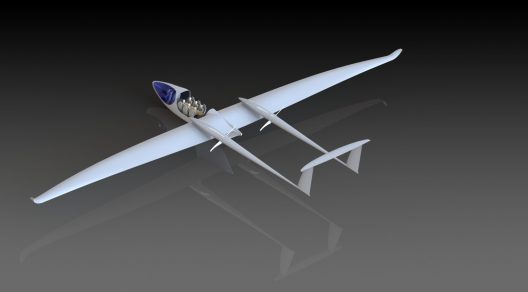 Later, he designed a twin-motored sailplane to take parties of six or eight to cloudbase, a perfect outing for kid’s parties or adult’s anniversary celebrations.  He was part of a team that designed a modern hybrid parachute jump plane, optimized for rapid turnarounds.  His motorcycle range extender would enable a pilot to ride to the airport in style, and when connected to an electric or hybrid aircraft, provide long range – and at the end of the flight – a ride home. 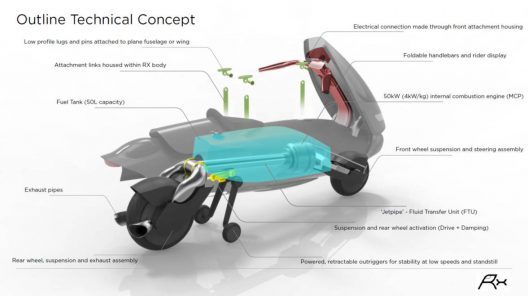 Jam-pakced motorcycle range extender would get pilot to the airport, two passengers to aerial destination

Not only a professor, Richard is project lead for this Beacon of Excellence project – one of several at the University.  (The other Beacons are dedicated to eradicating human slavery worldwide, improving food security, creating precision medical imaging, developing carbon-neutral chemicals, and making smart products in smart factories.)    “Through strategic investment in facilities, talent and research programs, and collaboration with academic and industrial partners, the University of Nottingham is at the forefront of this exciting revolution in aerospace transport.” 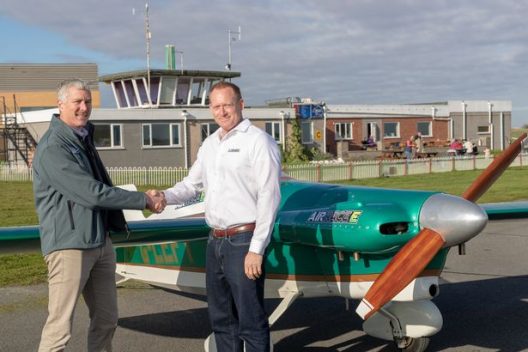 Richard will be developing a motor, controller, battery and support system for Air Race E, a racing platform in which all aircraft will use the same power system, much like current Formula 1 racers use a Continental O-100 as their base powerplant.  These systems will go into what will undoubtedly be a new series of unique race planes, much like the range of craft we see at the Reno Air Races and other outings.

Expanding air racing worldwide, Jeff Zaltman is the Chief Executive for Air Race 1 and the recently announced Air Race E.  Both feature groups of eight airplanes  flying around a closed circuit about 30 feet above the ground and at 400 kilometers per hour (248 mph).

Zaltman, a Navy veteran, decided to become involved in competitive aviation after seeing the Reno Air Races.  To provide publicity and to manage air races and other such events, he founded The Flying Aces in 2003.  He was successful in negotiating “an exclusive broadcast contract with the World Air Sports Federation for every aerial world championship—including hang gliding, hot air balloons, blimps, skydiving, helicopters and more.”

Moving into creating an international racing program, he started Air Race 1 in 2013 and  managed Virgin Racing’s Formula E team starting in 2016.  Perhaps inspired by this new type of motorsport, Zaltman decided to form Air Race E, with competition closely matching that of the fossil-fuel-burning racers.  Like Formula 1/Formula E ground-bound races, Air Race 1 and E events will take place at the same venues, helping boost attendance and maintaining the quality of competition.  Zaltman sees the electric racers extending their popularity and influence beyond that of the internal-combustion craft.

Formula Air Racing Association president Des Hart  may agree. “It is crucial that we have a structure like Air Race E in place to provide the leading edge to development while propelling the sport and inspiring audiences.  The electric revolution is poised to change aviation, and Air Race E will play an important role in the advancement of technology.”

Jeff Zaltman shares this enthusiasm.  “Since the announcement of the Air Race E series we have been overwhelmed by the response of innovators and leaders within the aviation sector and we are delighted to be working with the pioneering University of Nottingham Beacon Program to help drive change within the industry.”

Look for such partnerships between industry and academia to help create the next generation of electric power systems and develop new forms of competition that will help prove their designs.