Pixar’s current film, Inside Out, depicts the emotions of an 11-year-old girl having her life disrupted by family circumstances.  Different voice actors depict Joy, Fear, Anger, Disgust, and Sadness, emotions struggling for control within Headquarters (get it?).  Imagine your editor’s surprise to find that Solar Impulse’s Headquarters reports on its audience’s emotional state as part of the graphics which inform us about the flight’s progress – now in its second night over the North Pacific. 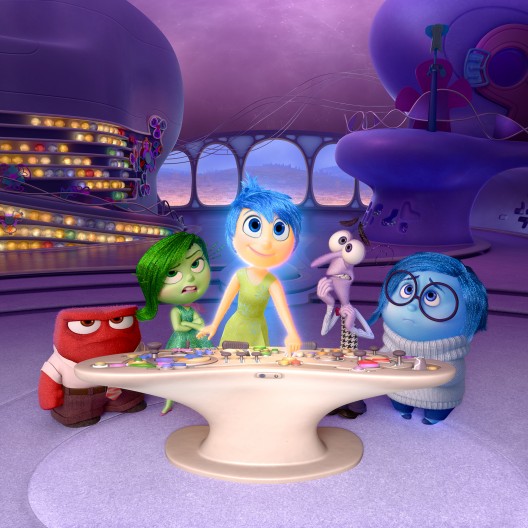 Anger, disgust, trust, fear and sadness from Pixar’s Inside Out. Solar Impulse shares three other emotions of the viewing audience

Luckily, Andre’ Borschberg is a man of a well-disciplined character, with training in Yoga and self-hypnosis to help him benefit from the 20-minute rest periods that take the place of a normal night’s sleep.  But depending on events in the flight, those of us checking in (or glued to our screens) make our feelings known on Twitter, and our tweets give some algorithm at Solar Impulse the input to display eight different emotions on screen.  Along with those acted out in the Pixar film, we share Anticipation, Surprise, and Trust on this special display widget.

At this checkpoint, Disgust is non-existent, showing zero percent on the chart, with Fear at eight percent and Joy at twenty percent.  Overall, positive feelings outrank negative, and the audience, as it is kept well informed by the frequent updates and generally positive tone of the spokespeople at Solar Impulse, stays upbeat.

There might be a lesson here for those who attempt to communicate with the public.  Maintaining open lines of communication, even during times of great stress, helps people deal with current reality and probably instills higher levels of trust than would otherwise be possible. 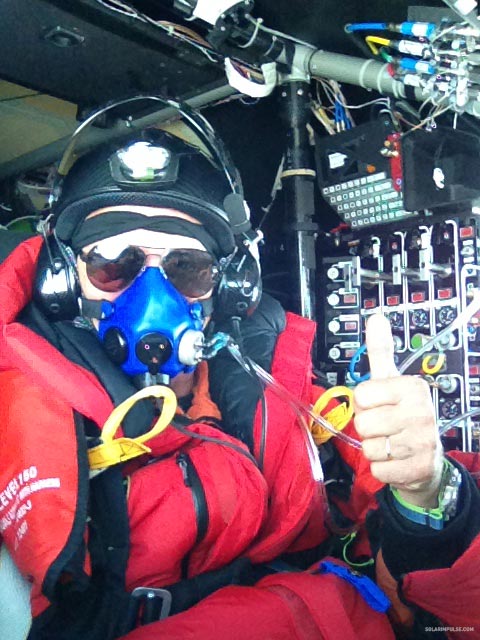 Andre’s Borschberg maintains good attitude, both in flight and in person

In the meantime, Andre’ and Solar Impulse 2 wait out a decreasing cold front before progressing once more toward Honolulu.  All systems seem to be functioning well and we remain trusting and hopeful.